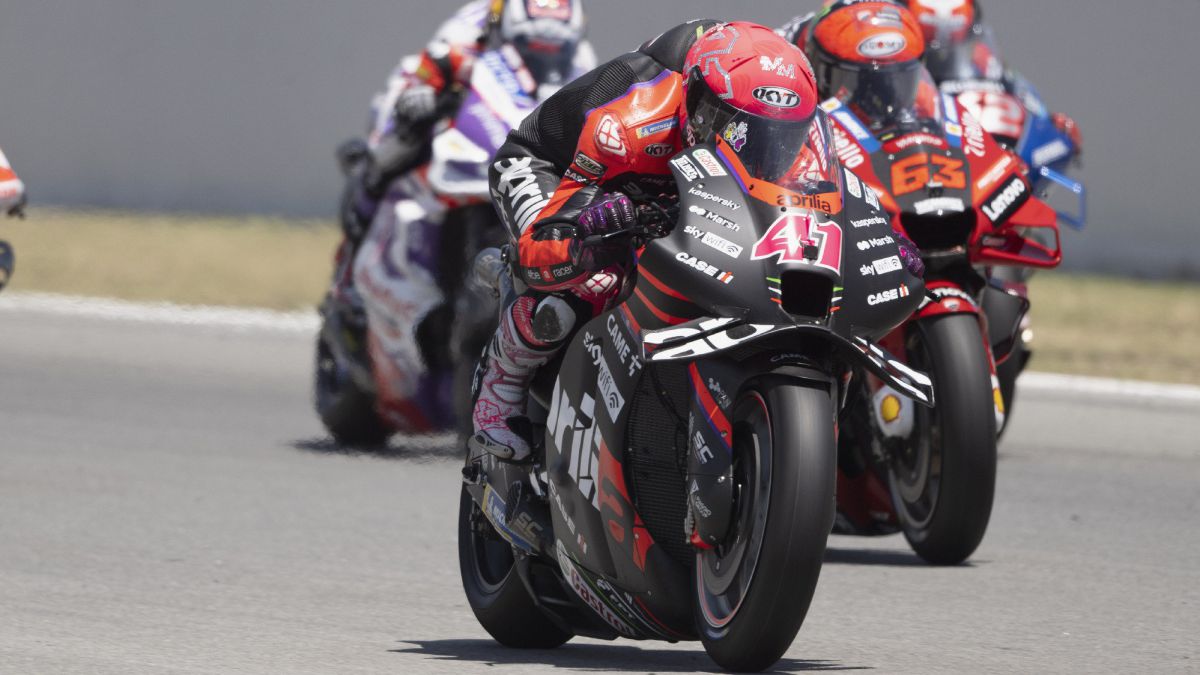 Aleix Espargaró's miscalculation with the number of laps remaining in the Montmeló MotoGP race was his fault, but he started from the wall of the

Aleix Espargaró’s miscalculation with the number of laps remaining in the Montmeló MotoGP race was his fault, but he started from the wall of the Aprilia team and it was avoidable with a simple move…

Aleix said that in the penultimate step through the finish line he could only check on his blackboard, the one his team shows him from the wall, the distance that he took from his pursuer, Jorge Martín, and not the number of laps that remained ahead of him , two instead of one as he thought. He checked the number of laps remaining at the tower on the straight, without remembering that in Montmeló when it says ‘L1’ it means there is one more lap to go instead of, as he thought, that he was entering the last lap. In that case, the last lap, what he puts on the Circtuit tower is ‘L0’, because there are no more laps ahead after that.

Well, Aleix’s mistake, which already happened to Julián Simón in the 2009 125cc race on this same track, going from victory to fourth, and to Fonsi Nieto in the 2004 205cc race, when he was fighting with Randy de Puniet, It could have been corrected by changing the position of the blackboard on the wall, something that is perfectly allowed.

Aprilia kept it in its natural position, at the height of its box, something that other teams alter when they touch the first boxes of the pit lane. The work area, the tetoya, remains unchanged, but the slater is sent further back, generally past the finish line, and the information that he must indicate to the pilot on his slate is transmitted by internal line to the mechanic on duty. .

From the Pramac Ducati team, who were the great beneficiaries of Aleix’s blunder, because that is how their two riders entered the podium, with Martín second and Zarco third, they were clear that, “before Aleix’s failure they had failed with the position of the blackboard, because you have to put it on as far as possible from the exit of the curve”. Hopefully it won’t happen to them again.