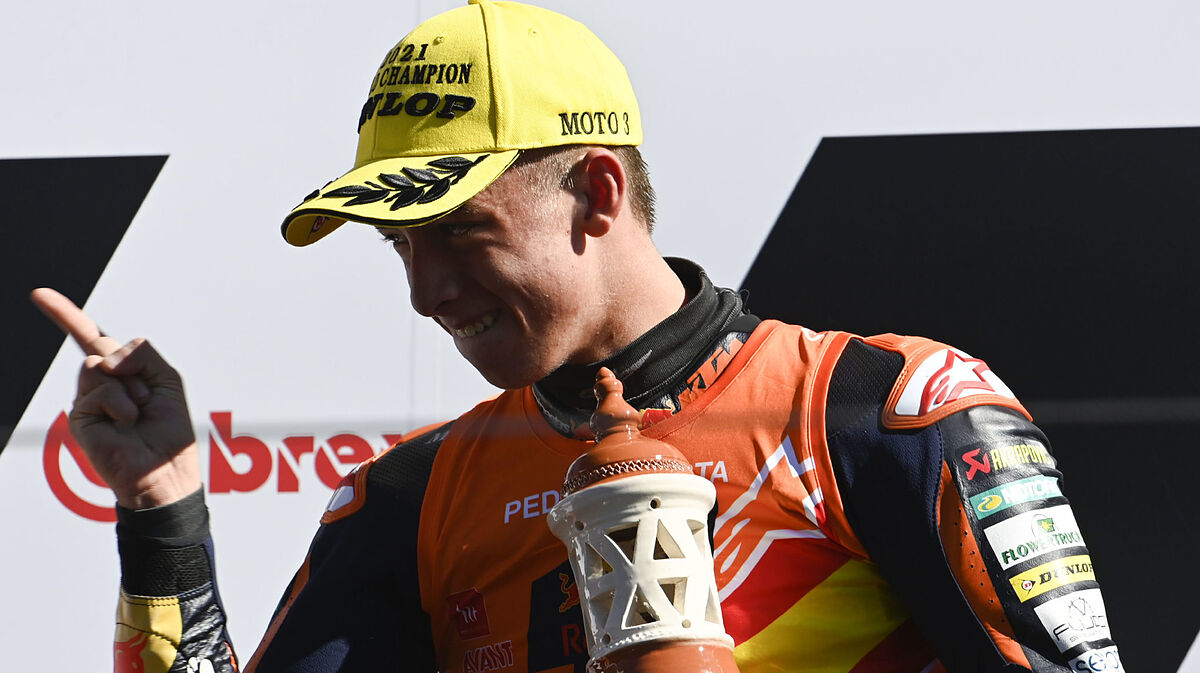 The Pedro Acosta phenomenon It has been shaking the World Cup since it arrived in March. His irruption caught a few unaware of his exploits in the

The Pedro Acosta phenomenon It has been shaking the World Cup since it arrived in March. His irruption caught a few unaware of his exploits in the Red Bull Rookies Cup or the FIM CEV Repsol, but others who were warned, such as Jack miller, that even in the baton that MotoGP mounted on who would be the champion, he bet on the Murcian. “Aki (Ajo) has spoken wonders about him”, he justified himself.

Few appointments were enough for everyone, including Marc mrquez -who was not in the double of Qatar- would like to meet him. The ilerdense was one of the first people who wanted to give public congratulations to Mazarrn for his achievement. “Congratulations Pedro Acosta. Enjoy your first World Cup of the many that will arrive“he wrote on social media.

He is by no means the only one who thinks that way. Some do not dare to say it, but others, yes, like Fabio Quartararo. “Being in the position he was in and fighting as he has done is very great. The first of many. I think in a few years this is going to bother us quite a bit. in our championship. Actually, what he has done in his first year is to take off his hat. He has done very well “, the already champion of the maximum displacement assured in DAZN. And that the rookie has signed in his contract with KTM two years in the middle class before going up to MotoGP.

The Shark was showered with praise. Some more restrained, like that of Maverick Viales: “I want to congratulate Acosta, it is always an illusion that someone from home wins the World Cup”; and others very effusive, such as Aleix Espargar. “It is brutal what Pedro has done. Just now I have congratulated him. He never forgets a title and this not only will not forget him and his environment, but no one who likes motorcycles will forget it. It is more than historical than a kid arrives and wins the championship the way he has done it, with the head that he has and his way of managing. I hope he never changes, that he continues doing it as before because is created to make history “, proclaimed

Jorge Martin, who shares a manager with him -Albert Valera- already knew him and even revealed a previous conversation. “I had a lot of confidence in him. I know he is a pilot with very clear things, that this is important. On Saturday I spoke with him I said: ‘Boy, you have to win. If you want to take this, it has to be like a champion. ‘ As i did. It reminds me of style a lot. Enjoy it. He has already told me that in Valencia he wants to celebrate it by my side. Let him get to the wheel, we’re going full throttle, “he joked.

Others who have treated him less for that reason did not stop praising him. What Lex Rins: “Brutal. He deserves it. It has been an incredible year. I would have liked to see how he would have reached the end with Foggia, but Acosta was very strong in the Algarve. ” Lex Mrquez: “Has done a World Cup of ten and that is why he is champion. He has known how to succeed at the beginning and suffer at the end. The two have been fantastic, they have given a show until the end, which is what we all want. “

Italians, in general, were annoyed by the resolution with the Foggia accident. “They both deserved the title. Foggia was very unlucky. In the first race and yesterday they threw him “, he said Pecco bagnaia. Valentino Rossi or Franco Morbidelli were on the same lines.

Happier were two who, at times, have trained with him. What the ‘fortune teller’ Miller. “I think Pedro had something in his pocket during the race. He began to show his true potential in the last three laps. This boy is an animal. I’m very happy for him, for Aki and his team. They deserve it, “he said. O Iker Lecuona, friend since childhood. “Who was going to tell us that he was going to be world champion? When everyone was asleep, he took advantage of. Too bad he won like that, but still, I think he was going to win it. It has been a magnificent year “, he affirmed after congratulating him in the closed park.

So did another colleague of his: Remy gardner. “We are friends. We almost have him together. I’m happy for him. He has a talent that you don’t see. Be champion again. It’s going to make things very difficult for me in the future, “he asserted. Nobody doubts it anymore.