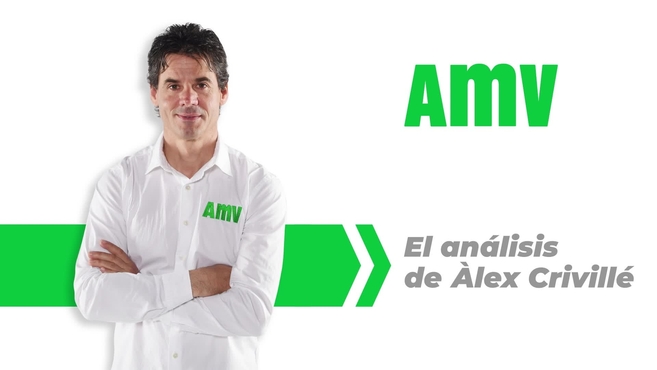 lex Crivill, AMV Seguros ambassador analyzes the performance of the protagonists of the Algarve Grand Prix, the penultimate event of the seasonPedr

lex Crivill, AMV Seguros ambassador analyzes the performance of the protagonists of the Algarve Grand Prix, the penultimate event of the season

Without a doubt, the great protagonist of the Algarve Grand Prix has been the Spanish rider, who has been proclaimed Moto3 world champion. Since the beginning of the season, Pedro Acosta has made us dream of the title. It was a bit difficult, but in the end he came to win the race. Dennis Foggia has given intensity in this last part of the season. The Italian could not finish the race because he was run over by Darryn Binder, so automatically the title went to Pedro Acosta. Spanish he is a spectacular pilot. In the middle of the season he was somewhat more constant and in the end he finished off the champion, winning the race. Now he hopes to climb a new step in his sports career, because next season he will make his debut in Moto2. Everyone sees him as a great pilot and as a threat looking forward to 2022 to add more titles.

The Italian achieved his third victory of the season in MotoGP. He completed an impeccable career and imposed his style, commanding from the beginning to the end without making a single mistake. Joan Mir was second after doing one of his best races of the season. The emotion was in the fight for the third step of the podium between Jack Miller and Lex Mrquez. The Honda lacked a bit of speed and acceleration compared to the Ducati. With two laps to go, the red flag appeared on the track. Iker Lecuona fell and took Miguel Oliveira away. The red flag left Lex Mrquez with no options to fight Jack Miller for the third step of the podium.

The KTM riders, both Remy Gardner and Ral Fernndez, have once again kept a heads up. Ral Fernandez came out with a soft tire and went a bit, but Remy Gardner hunted him down. The medium tire option worked best from the middle to the end of the race and this meant that the Australian, in the final stages of the race, could overtake his teammate and leave. Now the fight for the title of Moto2 world champion is turning more towards the side of Remy Gardner, who has 23 points of advantage over Ral Fernndez. Everything will be decided in Valencia, but the Australian he has it very well to proclaim himself champion of the world.

Loading...
Newer Post
NBA: Ricky Rubio, the best feats in the NBA of the genius of El Masnou
Older Post
MotoGP | Algarve GP 2021: Puig: “The year has not been good for Honda”