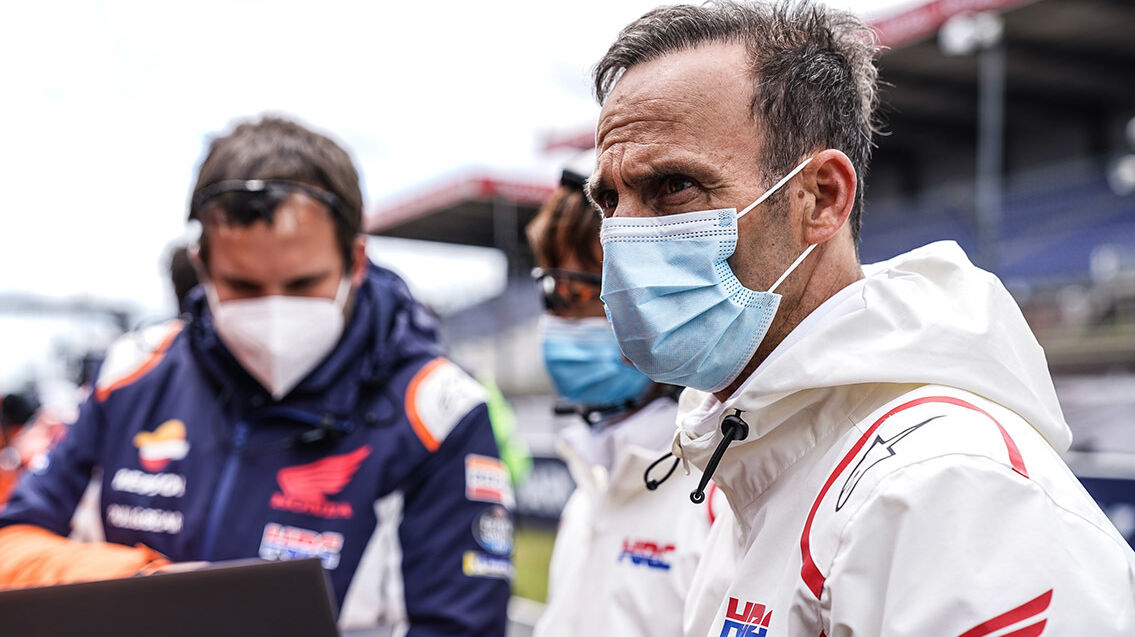 Q. How do you rate the weekend in Portimao?

R. “I think, in general, it has been a pretty good weekend. Pol Espargar was consistent every day and in the race he managed to do well. He is clearly confirming that, after a difficult start to the season, he is understanding the Honda and is able to ride with the front group. He’s doing the times we expected when we signed him. “

P. Pol could have fought for the podium …

R. “At the beginning of the race Pol had a problem with Iker Lecuona and he went long. This made him back down and then it was difficult to regain all the ground he had lost. His pace was good enough to be between three or four. first with Alex and Miller. But this is a race and this type of incident can happen, you have to focus and continue. We are happy with Pol’s progress in these last races. “

R. “Unfortunately Marc has a problem that is bad for us, but especially for Marc himself. We were able to count on Stefan’s help this weekend, as is normal when we find ourselves in these kinds of situations. Our test driver He did his job very well, as Stefan normally does. We are satisfied with what he achieved, especially when he got on the bike without time to prepare. His role is important, and we appreciate all his effort. “

Q. We are approaching the last race of the season after a difficult year for HRC. What is the goal?

R. “We still have the last race in Valencia. Pol has the opportunity to improve his position in the top 10 of the championship, which would be very good for him, especially after some difficult points this year. It has not been an easy season. For HRC, it is almost over, but the good thing about racing is that there is always another race ahead, you can always improve. This year has not been good for us, so we will go to Valencia and then we will fully focus on the next challenge. World”.