MotoGP – Austrian GP 2022: Ogura wins in Moto2 and takes the lead from Augusto 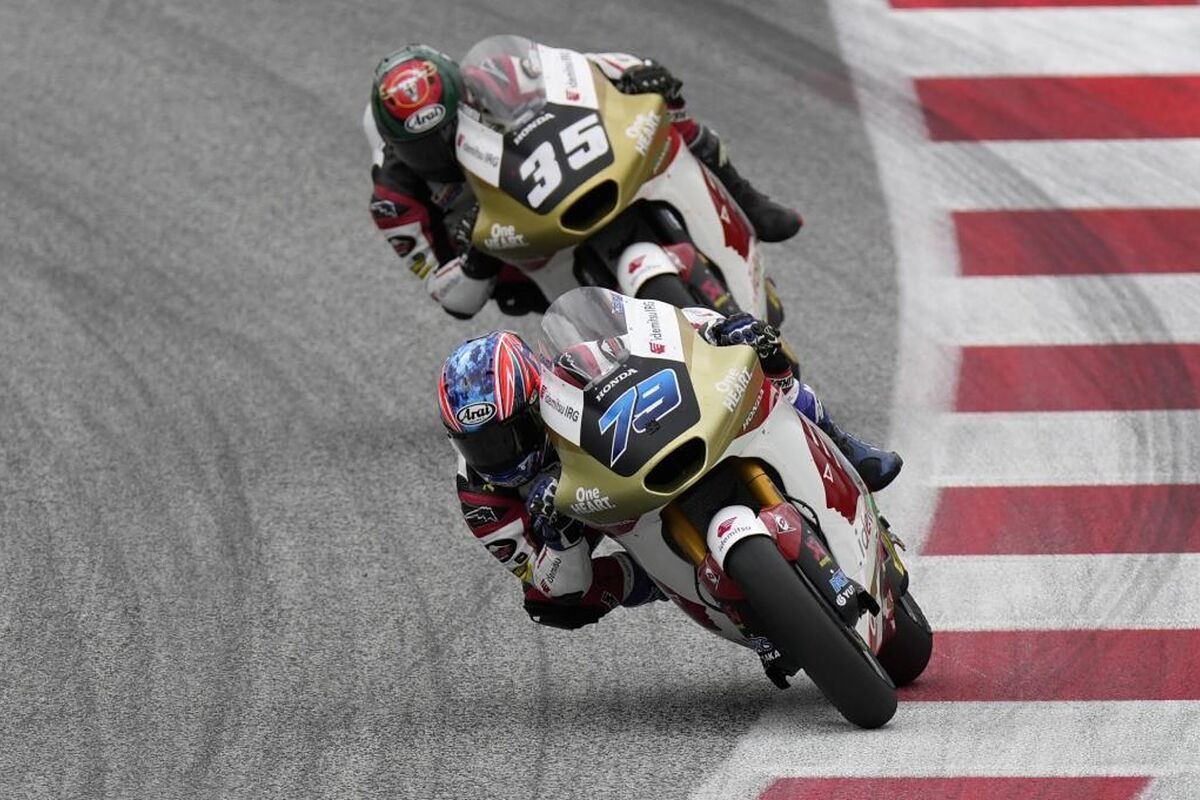 Ai Ogura achieved victory in Moto2 in Austria and is the new leader of the category for the fifth place of Augusto. Australian Senna Aigus made his

Ai Ogura achieved victory in Moto2 in Austria and is the new leader of the category for the fifth place of Augusto.

Australian Senna Aigus made his World Cup debut replacing Sam Lowes. Hada replaced Gabri Rodrigo and will do so for the rest of the year.

The clouds They kept threatening, but without downloading. It was 20 degrees in the environment and 22 on the asphalt.

Ogura held pole position at the exit. Augusto had passed López in the braking of the initial angle, but Alonso I gave it back at the chicane. Then, in turn 3, Dixon slipped into the Balearic, who lost center and lost place with Chantra and Acosta.

From above, López overtook Ogura on the inside of turn 9 to take the lead. Leader again, like at Silverstone. Bestial. Then he slipped in slightly and the nipn hit him back.

Acosta, who returns after his left femur fracture, had a tough time with Vietti, who ended up beating him.

chantra, aggressive, gave Alonso an ax at turn 4. They touched and the Thai passed, between reproaches from the Spaniard. Kelly and Kubo went to the ground.

Dixon, who was running fourth, went wide twice, moving from fourth to eighth. Canet was warned of a sanction for stepping excessively on green areas. Manu González, who was far behind, had an accident.

Alonso covered Vietti’s gaps and that made the two from Honda Team Asia leave even more. The one from Boscoscuro ended up collapsing a bit and allowing the Italian to pass. Salac and Aldeguer fell.

Vietti was slowly approaching the Asians. Acosta overtook Alonso, who tried to return it to him, but both slipped into the chicane and Augusto took the opportunity to overtake Canet and López, who was even passed by Dixon.

But Arn did not give his arm to twist and returned to overtake Augusto. To make matters worse, Dixon could also with the Mallorcan.

Vietti was preparing to overtake Chantra, but he fell in turn 3. A stick for his World Cup. He returned to the track, but outside the points and ended up retiring.

This gave Ogura air, calmed down Chantra and put Acosta on the podium, although stalked by Canet, Dixon and Augusto. Lopez stayed.

Eight laps to go. Dalla Porta was stuck at turn 3 and Arbolino crashed with L. Arenas passed by a miracle without touching anyone. They were able to remove the bikes and the race did not stop.

Chantra clung to Ogura. She would try to pass her partner? Will there be team orders?

Fernndez was also warned of a possible sanction for repeatedly exceeding the limits of the track. Dixon, equally warned, passed Canet, which gave Acosta more meters.

Augusto surpassed Canet, after a slight error by the Valencian.

Chantra put emotion being very close to the Japanese. The Thai tried it: he passed to his pit neighbor, who returned it to him immediately. Dixon beat Acosta and won him the podium place. Augusto, fifth and gives up the lead by one point.

Ogura was sincere: “I didn’t expect it, but it was a good fight.”

Dixon was beaming after his third podium finish in a row.

Acosta was satisfied…halfway. “It seems that we were not so bad. I’ve been on pills all weekend, but we’re back. This goes out to everyone who has posted something. Also to the team, for not putting anyone in my place. It was a matter of the race being over. With more hours on the bike it was still different, but we have put up with too much,” he released on DAZN.

Something similar happens with Augusto. “It was a very complicated race. I didn’t find the strong points I had, sectors 3 and 4, where I suffered equally. I tried to survive in the group I was in. I’m happy because I knew how to get some good points“.