MotoGP: Calendar, schedules, riders, results and classification of the 2022 season 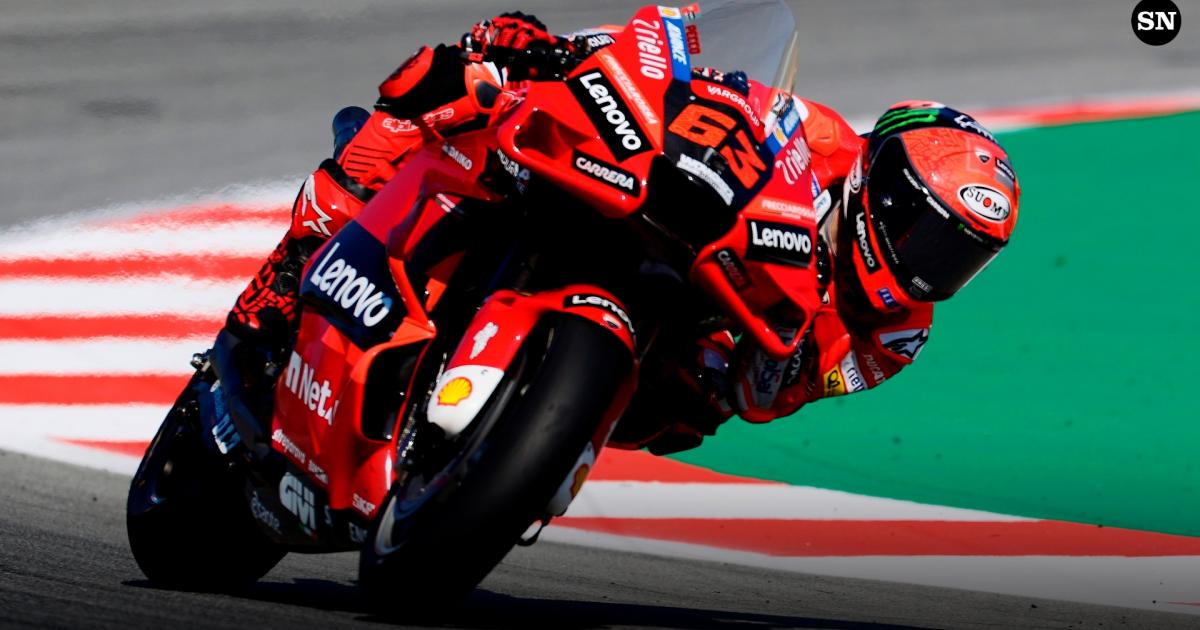 The MotoGPthe queen category of international motorcycling, is now ready to go out and roll around the world: a calendar of 21 Grand Prix with come

MotoGP: Calendar, schedules, riders, results and classification of the 2022 season

The MotoGPthe queen category of international motorcycling, is now ready to go out and roll around the world: a calendar of 21 Grand Prix with comebacks such as those of Argentina, Australia, Finland, Indonesia, Japan, Malaysia and Thailand will be the challenge for 24 pilots that make up a group in which, for example, The legend Valentino Rossi is no longer there, now with the team he owns in the main category (the Mooney VR46 Racing Team) but if he will have a full-time Marc Márquez looking to dethrone Fabio Quartararo to get his seventh title in MotoGP.

There are more changes apart from the entry of the Mooney VR46 Racing Team to MotoGP: the Gresini Racing MotoGP team will now use another two Ducati (they will go with last year’s Desmosedici), the appearance of Aprilia as a fully official team from the Japanese factory for the first time since 2004 and the rise from Moto2 of Remy Gardner, Raul Fernandez, Marco Bezzecchi and Fabio DiGiannantonio and of darryn binder from Moto3.

Will we see a season with eight or nine different winners as in the last two years or will we be spectators of some more important monologue of some pilot as in some of the Márquez championships?

With the start of the championship approaching, it’s time to pay attention to everything you need to know for the season, with the most important information about the championship so you don’t miss out on details.

As the championship unfolds, in The SportingNews the table will be updated after each race.

MotoGP riders and teams in 2022

MotoGP extends its calendar for 2022 to 21 Grands Prix, two more than in 2021
“I like the pressure to win, but I’m the youngest in MotoGP and I have to adapt.” – Raul Fernandez
Saturday schedule readjustment with two free for MotoGP
MOTOGP 703

Loading...
Newer Post
Everything to beat Red Bull: the modifications of Carlos Sainz’s F1-75 in the season
Older Post
“Boxing was dying”: Jake Paul assures that…