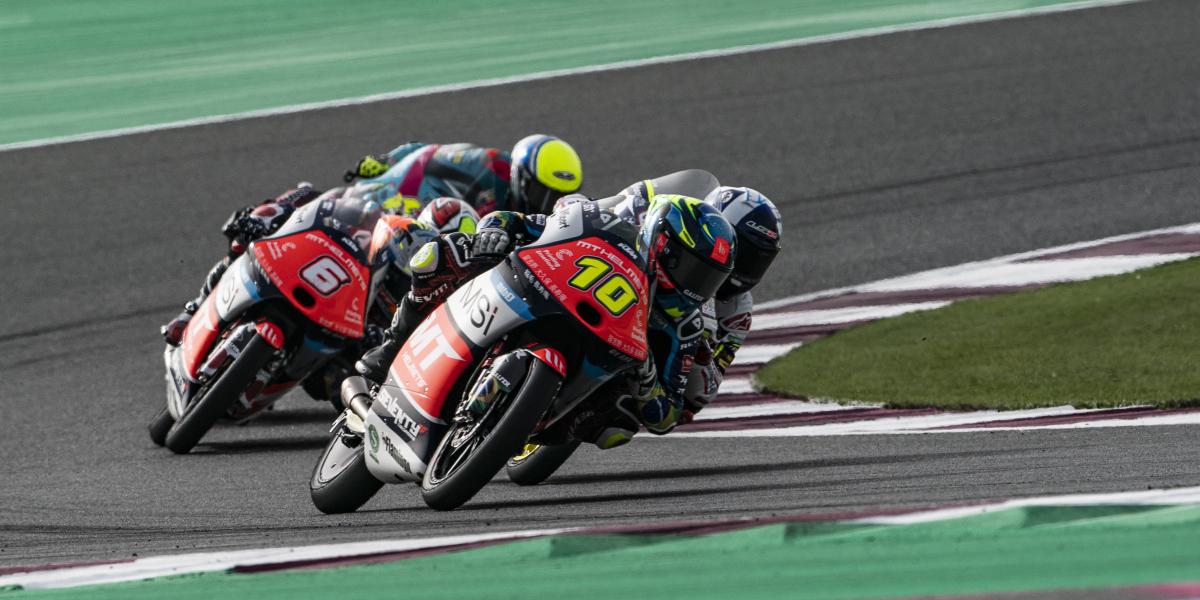 The leader of the world championship, Izan Guevara (GasGas) finished in seventh position.

With only one practice session, after two years without riding on the Motegi “Twin Ring” circuit and with the certainty that at some point during the day it could start to rain on the Japanese track, the Moto3 riders were the first to jump onto the track and they did it in a hurry to quickly find a good classification or rather thinking that the second round of free practice on Saturday would already be rainy, which would leave the passage to the classifications sentenced.

With those “wickers”, the first leader of the session was Jaume Masiá (KTM), who signed fast laps in his second and third lapchased by the local Ayumu Sasaki (Husqvarna) and the Italian Dennis Foggia (Honda), while another of the local riders, Tatsuki Suzuki (Honda) had problems staying off the track and was about to star in the first accident of the day .

Sasaki was improving his partials as the laps passed and already in the fourth lap he was four thousandths of a second behind Masiá, eager to be “a prophet in his land” in the return to the track owned by Honda two years after the last occasion, as a result of the global pandemic by Covid-19.

But Masiá’s pace was the most constant and increasing and on the fifth lap he again lowered his personal best (1:58.069)to defend the leadership of the session, while the Japanese Taiyo Furusato (Honda) was the first “victim” of the Japanese track when he crashed at turn five, the entrance curve to the first tunnel of the “Twin Ring”, although the Spaniard saw that record canceled for exceeding the limits of the track a few minutes later, leaving the situation as it was.

With Masiá leading and Sasaki in his wake, the third in discord was the Turkish Deniz Öncü (KTM)while the world championship leader, Izan Guevara (GasGas) was then sixth, seven tenths of a second behind his compatriot and with his teammate and one of the main rivals in the race for the Moto3 title in 2022, Sergio García Dols, in tenth position.

It didn’t take long for the situation to change with Izan Guevara, who was on this demanding track for the first time, because on his ninth lap he rolled in 1:57.664 and took the lead with almost four tenths of a second ahead of the Italian Riccardo Rossi (Honda ) and already more than four with respect to the Japanese Ryusei Yamanaka (KTM), who was third, although the latter two were ousted a little later by Tatsuki Suzuki.

In the final minutes a beautiful fight was established between Ayumu Sasaki and Izan Guevarawith a positive initial balance for the Japanese, who lapped in 1:57.493 and beat the Spanish by 171 thousandths of a second, although the last lap of the session was once again going to be decisive in the order of classification.

In that final fight, Tatsuki Suzuki also interfered, who was placed in the wake of his compatriotjust 117 thousandths of a second, but the British John McPhee (Husqvarna) relegated him to third place with all the drivers shooting their best splits, which made it possible to foresee a final change in the order of arrival.

And so it was, because the Brazilian Diogo Moreira (KTM), who was also stepping on the Japanese track for the first time, rose to the lead, 1:57.252followed at 195 thousandths of a second by Dennis Foggia, with Ayumu Sasaki in third place, while John McPhee was overtaken by the Spanish David Muñoz (KTM), and behind him were Tatsuki Suzuki and Izan Guevara, with Deniz Öncü (KTM ) in eleventh position, Adrián Fernández (KTM), thirteenth, ahead of Jaume Masiá, Xavier Artigas (CFMoto), Daniel Holgado (KTM) and Sergio García Dols.

German GP MotoGP 2022: Acosta: “Go up to MotoGP in 2023? No”
MotoGP | Mir: “Before, not even catching a slipstream were we equal to the Ducati”
Redding: “MotoGP destroys the career of young people”
MOTOGP 811