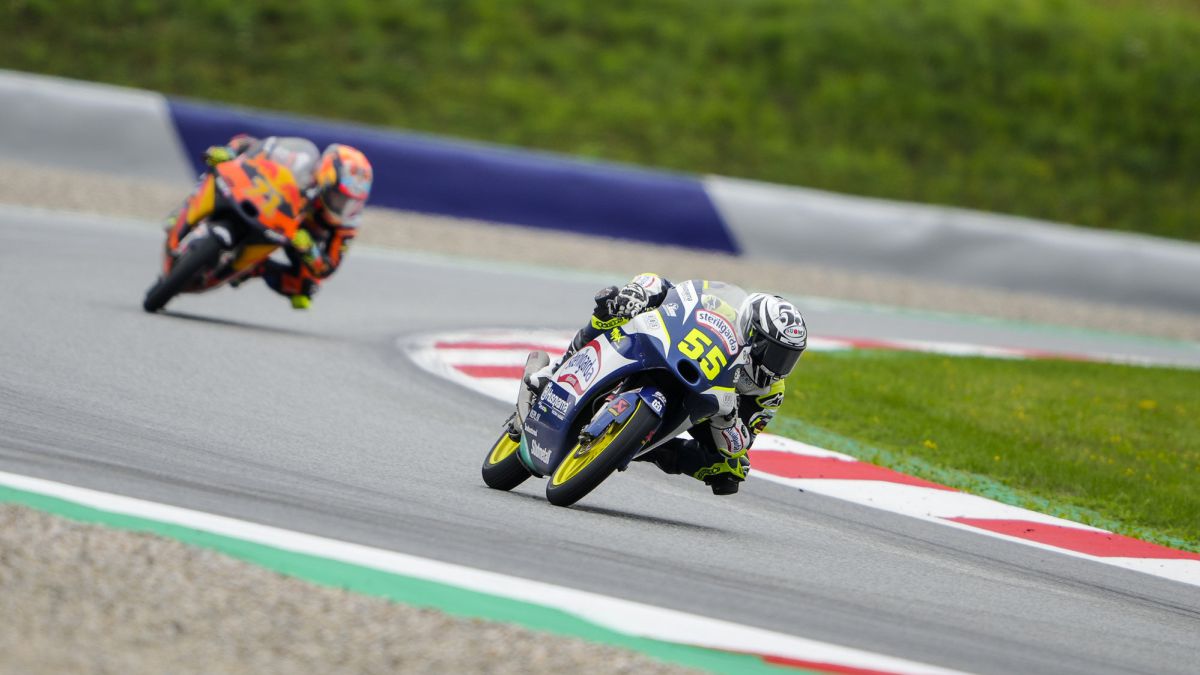 Romano Fenati returns to pole four years later. Since Silverstone 2017 he did not occupy the first position of the Moto3 grid and in the Austrian

Romano Fenati returns to pole four years later. Since Silverstone 2017 he did not occupy the first position of the Moto3 grid and in the Austrian GP returns to the first decision after beating Suzuki, which Rodrigo threw in the first bars of Q2. Bedroom, at the last moment, he climbed to third place to close the front row.

It was not the best day for Rodrigo, because already in FP3 he had thrown Yamanaka and had received the sanction of starting from the pit lane in tomorrow’s race for irresponsible driving, but poor Suzuki was not to blame for it, who with a single lap at least had time to make a hole in the front row.

From the second, Masiá, Öncü and Sasaki will start. From the third, Acosta, Foggia and Nepa. It should be noted that several KTM, GasGas and Husqvarna riders have used a lenticular rim at the rear this weekend, which favors aerodynamics and optimizes air flow. It is necessary to see if they also use it for the race, but for now Fenati has served to set pole in the second round of the Red Bull Ring.

Guevara will start 10th, García 13th, Tatay 15th, Salvador 18th and Fernández 21st. It will be interesting to see the comeback of García, who is second overall, 53 points behind Acosta, who already won last Sunday’s race.

The FIM approves the new minimum ages for MotoGP, Moto2 and Moto3
MotoGP 2021: Rossi and Marini win the 100 km of the champions
Bagnaia renews with Ducati – Sport-Journal
MOTOGP 540