MotoGP: Five Spaniards in the top seven with Rins in the lead 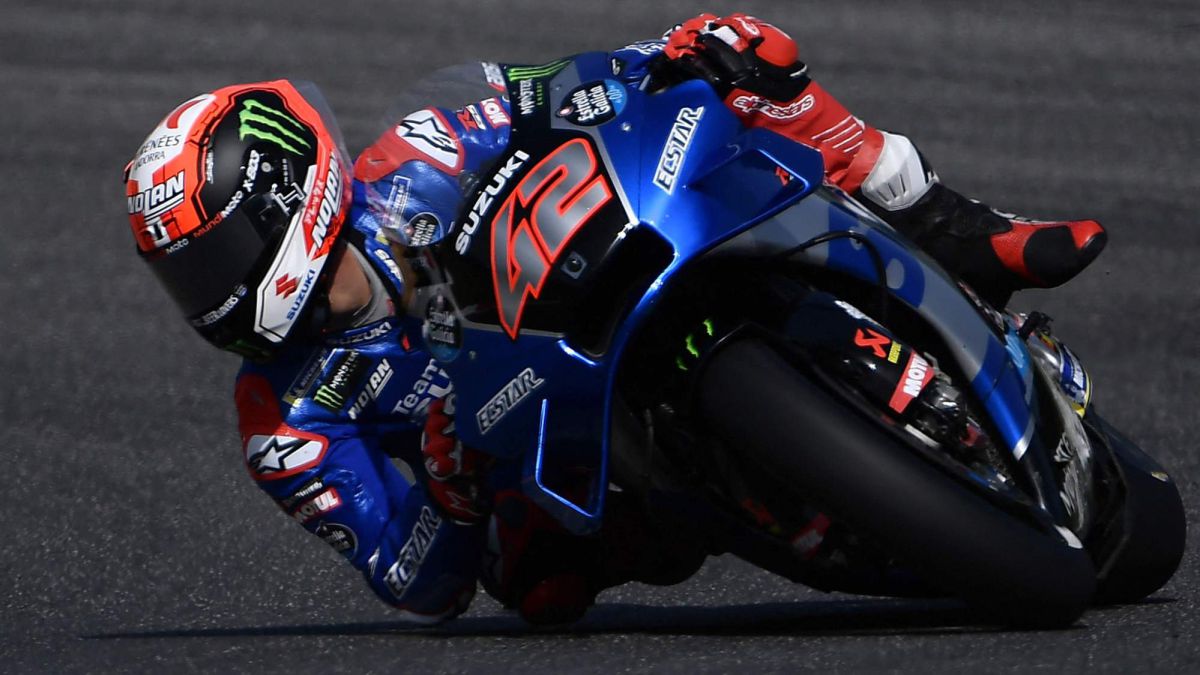 Marc Márquez is not on the asphalt in this Catalan GP, ​​but there are still Spanish riders in Montmeló to be excited about. Proof of this has be

Marc Márquez is not on the asphalt in this Catalan GP, ​​but there are still Spanish riders in Montmeló to be excited about. Proof of this has been the FP1 in Montmeló, with five of us in the top seven, starting with Álex Rins who has led on the Suzuki and six if we stretch to the top nine.

The Catalan missed last year’s event when he broke his arm on Thursday while riding a bike around the Circuit, after colliding with a van, and he is eager to vindicate himself before his people. Álex has taken advantage of the new tires that he has mounted for the final part of the session and has stopped the clock in 1:40.101 which has given him an advantage of 0.195 over Maverick, who has also opted to mount two sets of tires on his Aprilia.

Alex’s time is still above second compared to the record (1:38.853, held by Quartararo since Q2 last year), but better to start that way than behind, as Quartararo did. The current champion, leader of the general and winner on this track last year has started thirteenth, 1,003 from the head, although his case has already been seen several times this year that he knows how to go from less to more.

Returning to the top positions, after Rins and Maverick they have qualified to close the top ten, with provisional direct access to Q2, Morbidelli, Aleix, Pol, Nakagami, Álex Márquez, Oliveira, Mir and Bastianini. Outside the top ten, Fernández started 12th (his best position so far) and Martín 20th (the only fall in FP1).

16-year-old Czech pilot dies of brain hemorrhage
The MotoGP schedule at Las Termas: when will the machines be on the track
MotoGP | Indonesian GP 2022: Crivill: “This could be Pol Espargar’s year”
MOTOGP 639

Loading...
Newer Post
The Memorial: Matsuyama, disqualified from the Memorial for using a tuned club: the golfer recognizes the irregularity
Older Post
Leonardo Campana: I never had toys in my house, in my room I had a tennis ball and a soccer ball | Soccer | Sports