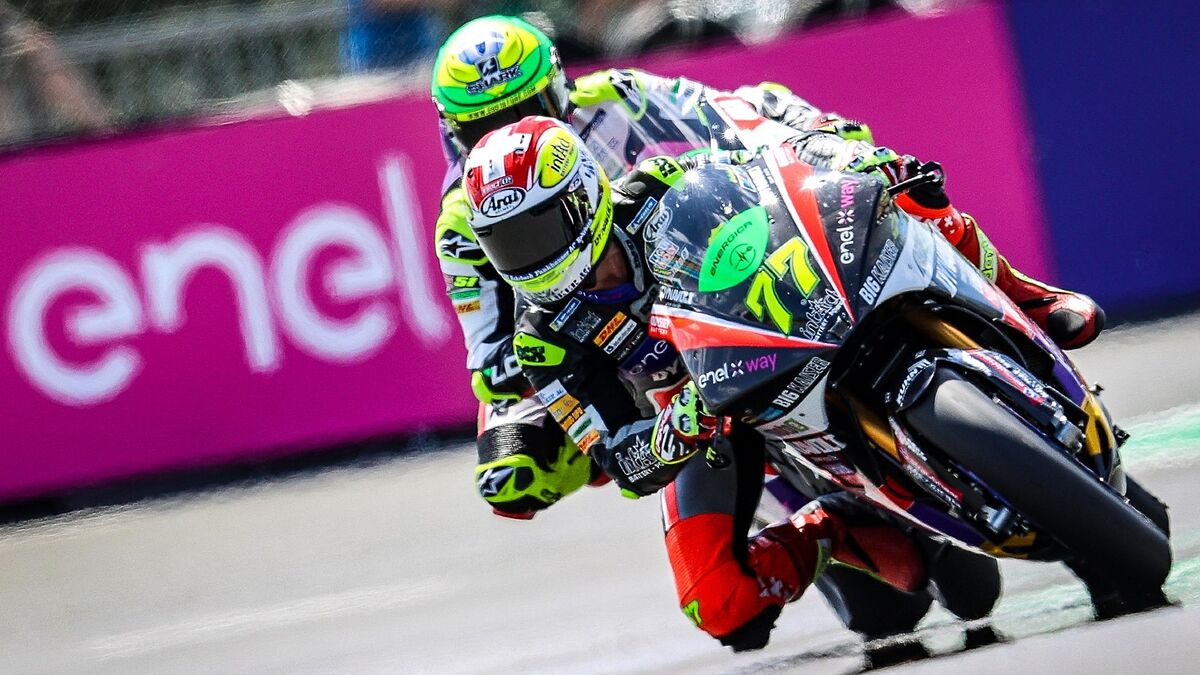 Dominique Aegerter He took the victory in the second round of MotoE at Le Mans. The Swiss has known how to be patient to overcome matthew casadei

Dominique Aegerter He took the victory in the second round of MotoE at Le Mans. The Swiss has known how to be patient to overcome matthew casadei in the last lap of a race that the Italian had dominated. The Swiss takes the lead with 78 points. Roll 8 to Eric Granado17 to Casadei and 30 to ferrari.

Jorge Torres He has missed this second appointment at Le Mans. The two-time electric champion could not be present due to a fracture in the fibula of his left leg. The Spaniard hopes to be in Mugello. We will see.

Unlike the previous day’s outing, there were no accidents this time. A relief to see such a clean output. Casadei has started the race as well as the day before. Meanwhile, Eric Granado, leader of the championship, has had problems again. Room fourth and in a blink of an eye he was located eighth.

The winner of the first day knew that with eight laps he could repeat the tactic that helped him win on Saturday. Casadei has opened a gap and Aegerter has reacted to that. The Swiss has placed second, after beating Zannoniwith the aim of preventing the Italian from escaping to the point of being unattainable.

At the halfway point of the test, Granado has gained positions until he is fourth, although with a penalty notice for exceeding the limits of the track. While Aegerter has managed to reduce the distance he had from the event leader.

In the last lap, the Swiss, who was very attached to Casadei, took a chance. Aegerter knew that victory and leadership were at stake. And she has turned out well the bet. After overtaking the Italian, he has opened a small gap to win with solvency. Niccolo Canepa He snatched the podium ‘in extremis’ from Zannoni, who had a rather unhappy weekend. 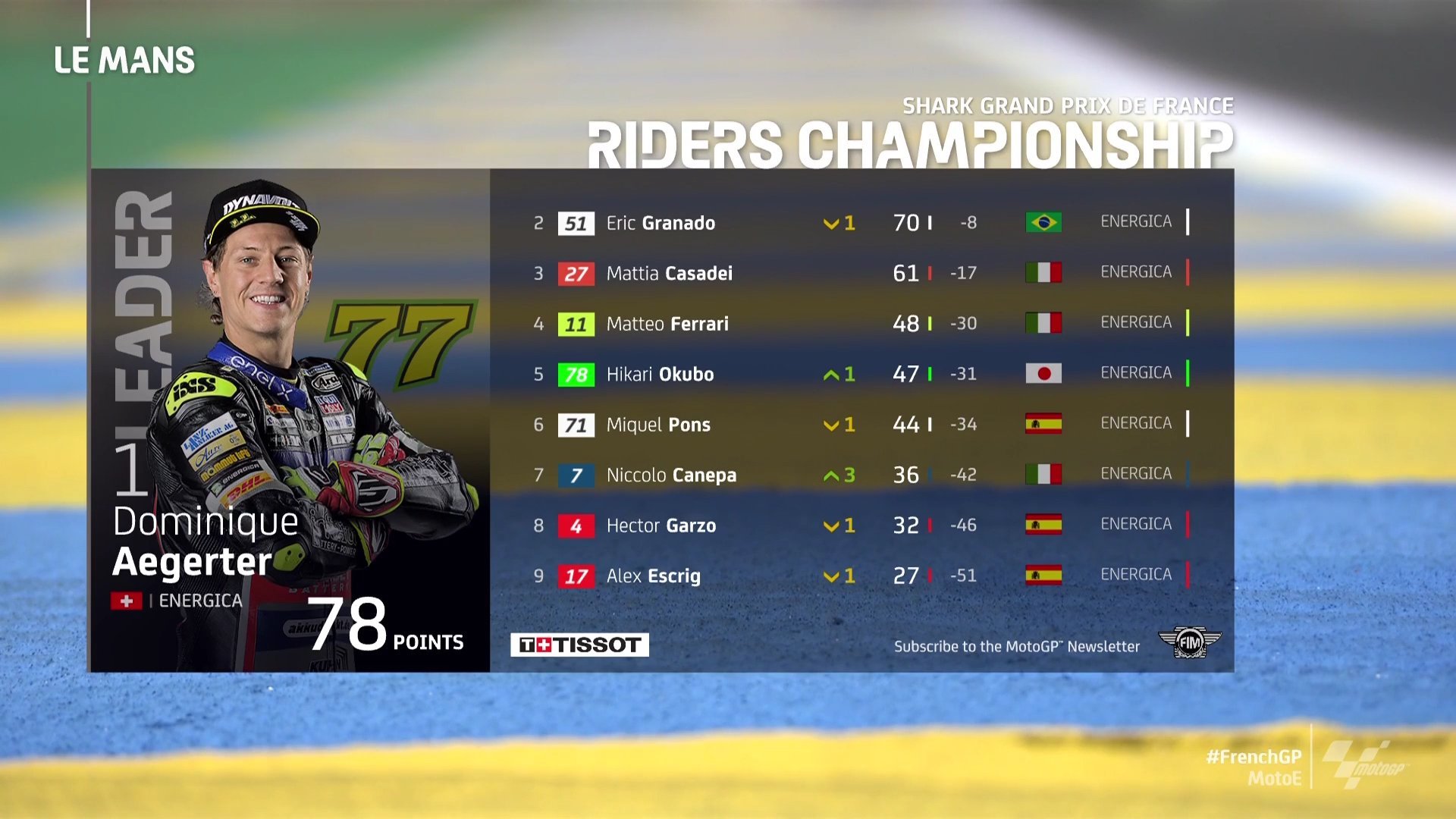