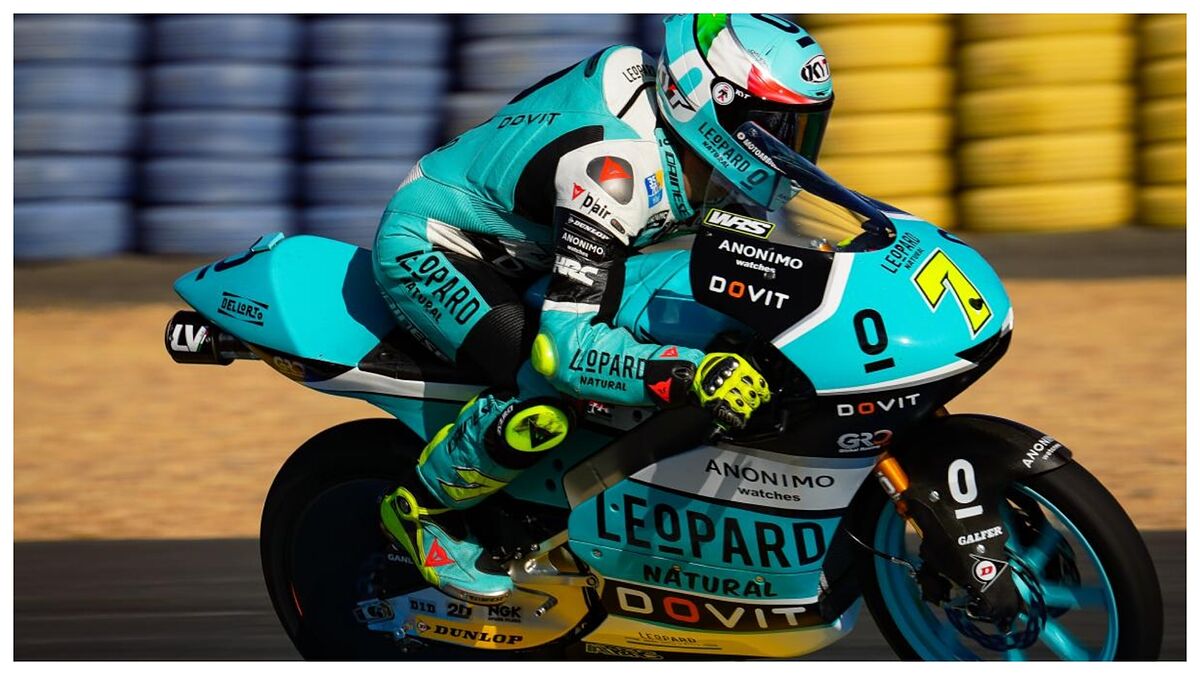 Dennis Foggia achieved the first pole of his life in Moto3 in France. It was the little that was missing in his already extensive palmars and he a

Dennis Foggia achieved the first pole of his life in Moto3 in France. It was the little that was missing in his already extensive palmars and he already has it.

Conditions were excellent at Le Mans. The temperature was mild, with about 20 degrees in the environment and 30 on the track. There was a little less sun, but no chance of rain.

In the Q1the favorite was deniz nc. The Turk fell in the third free and was condemned to the playoffs. He went through the medical center, but they gave him the ‘fit’ to compete. Next to him was the Sevillian Jose Antonio Rueda, substitute for Surra in the Snipers. McPhee is already back, so David Salvador doesn’t run. Riu lives his last date before David Muoz makes his debut at Mugello in the BOE.

After the first try, Fellon, Rossi, nc and Ogden were in the cut. Everyone stopped to change tires and some left with 4 minutes to go. Others, like Fellon, Rossi, Ortol and Nepa, hurried much more and did so in the absence of two.

nc went with Adrian Fernndez and improved until he was first. There was surprise and joy for Simoncelli’s pupils, as they both entered. Thus, they passed: nc, Fellon, Bertelle and Rossi. On the grid: 21. Adrin Fernndez, 24. Rueda, 25. Ortol, 27. Riu and 30. Ana Carrasco.

Izan Guevara came out… and went back into his box. He was wearing used tires. All to prevent them from following him wheel. Joel Kelso was also returning to his garage.

diogo Moreira is put first at startup. The Brazilian came to shine in the World Supermotard. Last week, he participated in the Alcarrs test (Lleida), near where he lives and won two of the three heats in the queen category, SP1.

Dennis Foggia was placed in command leaving space in the group. Suzuki, his partner, was second. Guevara took little time to get on top. Kelso followed him everywhere and climbed. The Australian lives in Mallorca, like Izan, and they train together sometimes.

Sergio Garcia Dols he recovered from his fall on Friday and the problems with the front end. Aspar’s pupil was strong.

On this occasion, after stopping at their boxes, they came out more staggered. Masi, chasing Holgado, climbed up. Then he publicly thanked him. Moreira was a threat to Foggia, but he ran into Sasaki. Then it was Sergio García, but he lost him in the second part of the circuit.

Just in case, the roman even better himself. At 21 years of age and with seven victories under his belt, after 79 Grand Prix, he achieved his first pole position. One-two for the Leopard, with Suzuki and Masi holding the front row. Aspar’s fell a little behind.

Loading...
Newer Post
NBA: Know all the titles won by Dennis Rodman | Basketball 123
Older Post
He was the victim of the KO of the year in MMA, lost consciousness and said: “The feeling was terrifying”