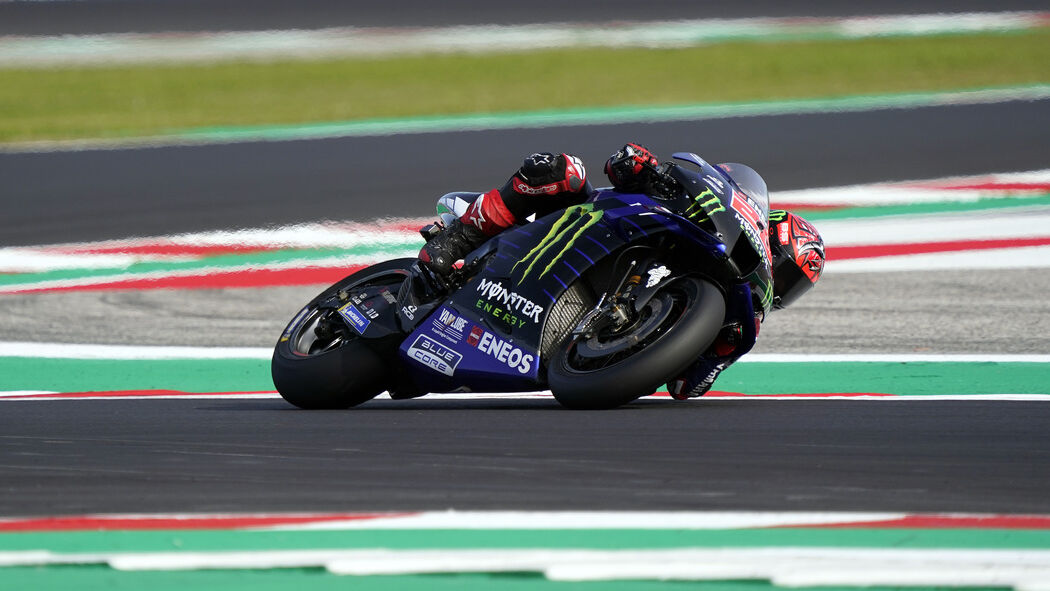 Updated 11/05/2021 - 11:49 Fabio Quartararo set the best time in the first MotoGP free practice in the Algarve. The Devil could with a Bagnaia t

Fabio Quartararo set the best time in the first MotoGP free practice in the Algarve. The Devil could with a Bagnaia that gave symptoms of strength. Good Pol Espargar and the Suzuki.

Logically, the weekend is marked by the absence of Marc Mrquez for the blow to the head that occurred while practicing enduro last Saturday. Honda expects it to arrive in Valencia, but everything will depend on a medical check-up this Monday. Stefan Bradl supplies the tester.

Temperatures were still cool, with 18 degrees in the environment and 20 on the asphalt. But with sunshine, as expected for the entire grand prize.

All, except Lecuona, came out with soft rubber front and rear medium. Iker, already confirmed by Honda for Superbike, was dispatched at ease against KTM in the previous one. Quartararo ‘celebrated’ his title by starting first. But Bagnaia snatched it away soon. Joan Mir was placed among those above. The Spaniard wants to get even after two bad dates.

Pol Espargar he ran into Maverick Viales, who was going slower and on the good line at Turn 13, and he got angry. But it passed quickly because he climbed to second on his next turn.

Bagnaia continued to lower his times. The Italian already warned Thursday that he is in a duel with Fabio. In addition, the World Cup for brands and teams are at stake. There are always incentives.

The Frenchman, winner in April in Portimao, also wanted a fight, fun, and took command midway through the session. Mir had a scare at Turn 13. He could control the Suzuki without being dismounted.

Jorge Martn went through turn 7 again, in which he suffered the serious accident a few months ago. “It could have changed my life, retired,” he blurted out. He was even afraid to return, but he says he has already overcome it.

Pecco continued to his own: looking for limits … and improving their times. Pol noted his improvement and good time.

Given the weather forecast and the temperature rise in the afternoon, no one went crazy putting on soft tires. There will be time for it. Nevertheless, Quartararo wanted to indulge, and show his might, and sought to finish first. He did it with a very good lap. He celebrated it by warmly greeting the fans.

In Moto2, at the beginning, an accident with Ogura passing over Augusto Fernndez. Fortunately, nothing happened.