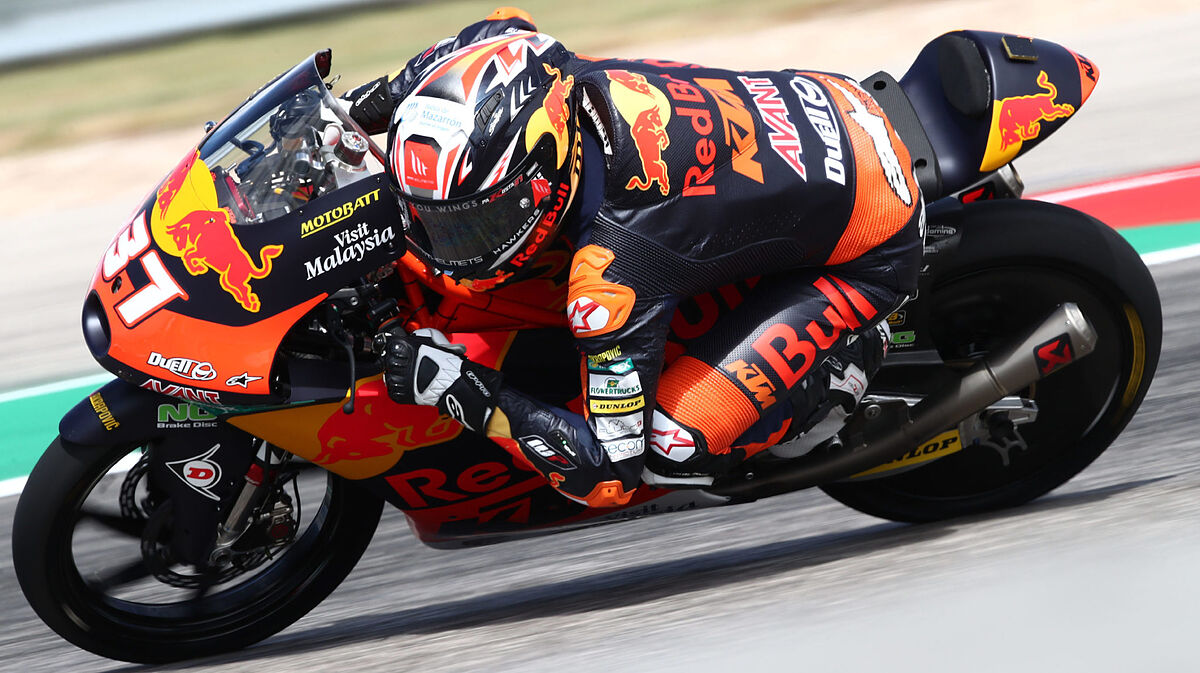 Updated 11/05/2021 - 10:48 Dennis Foggia will not make the Moto3 title easy for Pedro Acosta. The transalpine finished in command in the first f

Dennis Foggia will not make the Moto3 title easy for Pedro Acosta. The transalpine finished in command in the first free practice in Portimao. The Honda reacted to the good start of the Murcian, who, despite everything, ended up happy.

The temperature was cool, with 16 degree in the environment and the asphalt. There was sun, which is expected to shine all weekend.

Acosta did not go out to conserve any. Not even the cold made him moderate. He looks loose, comfortable, he started first and went down his times lap by lap. The Murcian was aggressive and passed without remission slower pilots, such as Artigas, Foggia’s teammate. By the way, Xavi was officially confirmed by Prustel for 2022 along with Carlos Tatay.

The delicacy of the track was noticeable in the first falls: Riccardo Rossi crashed at Turn 3 and Yamanaka at 14. The Japanese was announced as a competitor for the new MT team in 2022.

Sergio Garca returns after his injury, which made him lose all his options for the title definitively. He took it easy. You must regain sensations. Gabri Rodrigo also reappeared. Joel Kelso replaces Kofler. Dani Holgado continued to replace the sanctioned Deniz nc.

Pedro stopped and Foggia continued to check the wear on the tires and ride with them very worn to prepare for the end of the race. The Roman was climbing little by little towards the positions of head.

El Tiburn de Mazarrn made its second outing … and keep improving. The times were a bit slow, but no one was hounding him at the top of the table.

Izan Guevara gets second. Aspar’s rookie has already established himself as one of the fastest. It is giving great benefits.

Almost everyone was returning to the pits to prepare for a final round with newer, softer tires. Nepa climbed to second place. The Italian already shone in Misano and only gave up the podium to Acosta after a final overtaking of ’37’.

Foggia walks behind Artigas to get help on the straight. He did so and even thanked him when he put himself first. Migno was also peeking over the top. Then Dennis, going alone, lowered his times. Acosta could not finish in front, because he went a bit long in Turn 1 and they canceled the lap. Foggia, on the other hand, was unleashed and in his final turn, making several overtaking, he destroyed the previous records. I put seven tenths to the second and eight to the leader. The one with the Leopard wants war.