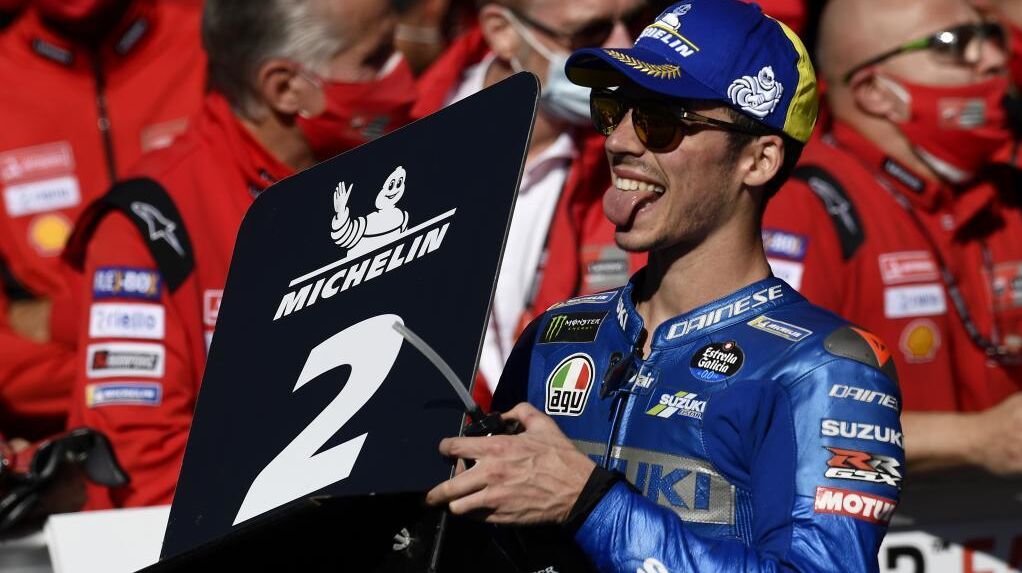 Joan Mir was pleased. Recover feelings and morale in the best way: as second and on the podium. After two bad dates and wanting to finish, everyt

Joan Mir was pleased. Recover feelings and morale in the best way: as second and on the podium. After two bad dates and wanting to finish, everything changed in the Algarve. I was ecstatic on DAZN.

Summary. “Second was the maximum. Pecco did a great job. I couldn’t catch him. I’ve been waiting at the end of the race to see if the tires would drop a little bit, but I gave it my all. I have to be happy. We have made a great finish of week and we finished it well “.

“Getting out of the front row is another story. You take away from a lot of stories. I got behind Pecco and tried to keep him from leaving. At first, it was pretty good, but then I saw when the tires were wearing out. “I lacked a decimal point. I have had many scares. Pecco, the truth is that he has not made any mistakes. He has had a perfect race. I can only congratulate you.”

“I want to make special mention that yesterday there was an accident with a policeman and a journalist from here, Lucio Lpez, who is still in the hospital. Send a lot of encouragement to the family of the policeman, who died, and to Lucio, all the strength in the world to that he recovers soon. And that all this has been a scare for him “.

“I am happy because we have shown … not only by finishing in second position that it is something we have done before, but how we have finished in that second position. Today I could not aspire to anything else with Pecco. I expected a mistake from him, but It has been impeccable. I have seen that during the weekend I start in this way, without so much nerves, with more calm, with a more competitive outfit and being able to enjoy, which is what I have done this weekend, so it goes from another way to the races, suffering and this. Looking forward to Valencia. Acab Misano, who wanted the season to end now, but a week away from the races and thinking about other things, to arrive here and with everything in place. and to be able to demonstrate this, because now I don’t want this to end. It seems that I am catching the thread again. So let’s see in Valencia “.

“I have seen her. It seems unfair to me how she ended up for the Leopard team, I have a very close bond with them. Foggia did not deserve it, because he was having a spectacular career. But Acosta has also played his cards, he has played them well and he was lucky today. Deserved champion, of course. We must penalize this type of maneuver for the future. Things that can happen dangerous are due to this type of maneuver.