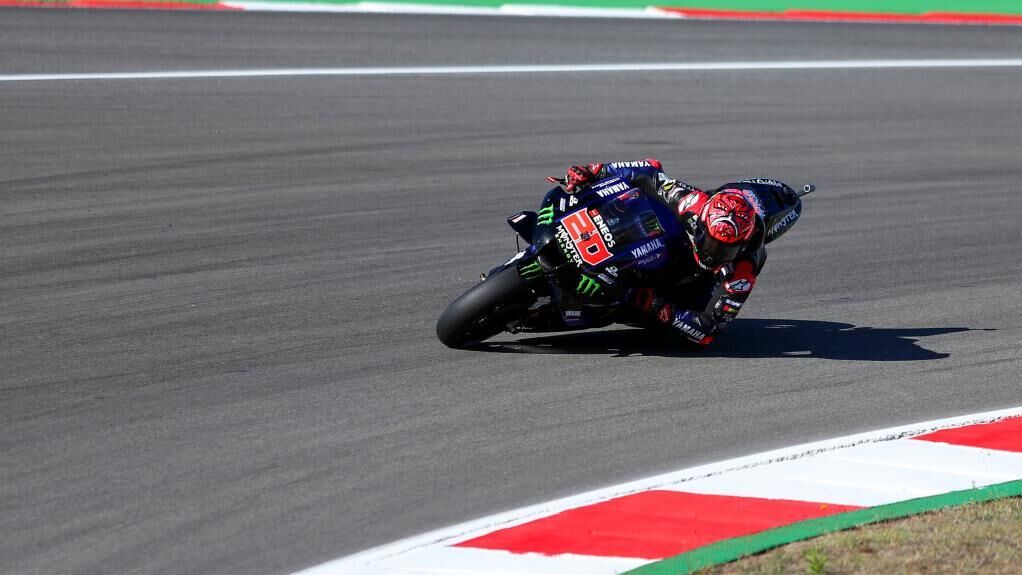 Fabio Quartararo dominated again the second MotoGP free practice in Portimao. The French is still sweet after tying the crown. There was no none every in the class reigns all day.

Temperatures rose up to 20 degrees in the environment and 28 on the track. Therefore, it was clear that the records would end up being lowered.

There was almost unanimity on the tires to be tested at the beginning of the afternoon session: middle front and rear.

Pecco Bagnaia was in command from the start, though still unable to improve his morning times. Everyone was more focused on testing the tires and seeing what they resist, so that they could compare with the April data.

The one between Ducati and Quartararo kept the duel that both want to experience on the track at a distance. They were taking turns in the head. Both seem, in rhythm, a step ahead of the rest. Miller also showed signs of solidity.

The HondaWithout Marc Mrquez, whose presence does not ensure HRC or for Valencia, they offered a clear improvement in performance. All of them peeked out from the headlands. Even fitting room Bradl wasn’t out of place.

Suzuki also seem more ‘comfortable’ in Portimao. Mir and Rins were consistently in the top ten.

Valentino Rossi, who had started last in his penultimate MotoGP race, improved his times, but was not good enough to climb. Look for a top ten, like in Misano, but it seems complicated.

The final minutes came, with the qualifying session rehearsal. Time to put on new soft rubbers and tighten.

As, Joan Mir He was the first to get off the 1:40 barrier. His last partial is very good.

But the final assault of the Ducati and the Yamaha was missing. Miller already lowered the Balearic, but Quartararoalso put distance. The Gaul was inaccessible to the rest. He forced himself, but went by way of an escape.

Jorge Martin he was able to partly scare away his ghosts of the fall of April with a clear improvement in the afternoon.

Bagnaia tried to overtake Fabio, but couldn’t. What’s more, the champion himself made another excellent turn, with a scare included in turn 13. Not even the parties have diminished his speed or enthusiasm.

On Moto2, Ral Fernandez left with the best time of the day. Gardner was fourth and with the checkered flag down, he had an accident. Impact from behind to Marcos Ramrez. He was lucky to get out unscathed.