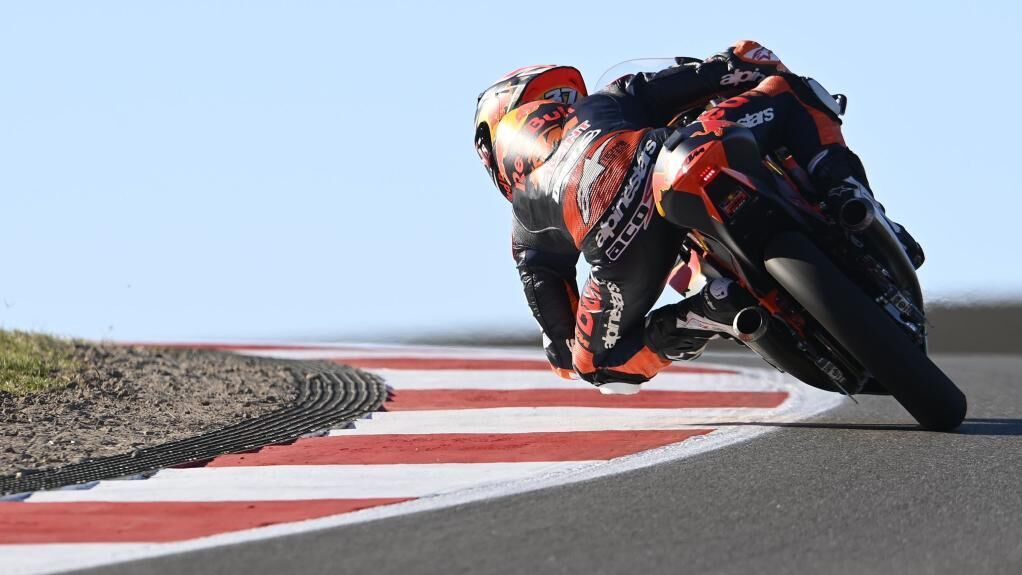 Pole for Sergio Garca Dols in Moto3 in Algarve, which will debut in the first place on the grid. Foggia will leave fourth and Acosta, far back, 14. It did not go well.

The conditions had improved with the heat: it was 19 degrees in the environment and 27 on the asphalt. With sun and less wind, although the one was against, than first thing in the morning.

Gabri Rodrigo was low. The fracture of the shoulder is not consolidated and neither run in Valencia. Thus ends his career in Moto3, because in 2022 he will go to Moto2 with the Stop and Go.

Izan Guevara and Ayumu Sasaki already knew that they had a penalty for the race to go through the Long Lap area in the race for slowing down on Friday.

In Q1, Alcoba set the tone start already with a very good time. Little by little, the rest was getting closer.

Nepa had not been able to set time and left everything for the final start. Antonelli, who is usually upstairs, was also under pressure. The one from Avintia chose to forget about other people&#8217;s games and shoot just to look for the pass. Alcoba, even making several overtaking, made a great time to put a wide distance. Antonelli gets fourth at the expense of Kelso, who replaces Kofler, who tested positive for coronavirus.

Jeremy allowed himself to go to the pits and not force at the end. Nepa, Rossi, Fellon and Holgado made a final effort, but failed. Ace, passed: Alcoba, Kunii, Surra and Antonelli. The Japanese had a technical problem passing the goal. He was struggling to get to his garage because Q2 was waiting for him. I did it. Loose will come out 26 and Tatay, 26.

Acosta room of the first in Q2. It went with the distant reference of Masi and Pitito Fernndez. Foggia was leading a &#8216;little train&#8217;. It was as if the KTM were on one side and the Honda on the other.

Acosta was third and was ahead of Masi to shoot him. Sasaki, at the wheel of both, benefited. But the times were going to slow down a lot. Foggia was ninth and let his teammate Artigas pass him to take his slipstream.

They all stopped. Again, the KTMs came out first. Today there were no ones in the Ajo and Tech3. Now it was Sasaki who was pulling, with Acosta in the middle and Masi, behind. But Pedro leaned on top of the nippon. He even got in the way and that&#8217;s why the Murcian passed him, but not better. At the end of the straight he let Sasaki pass to shoot again, but his lap was no longer good. Even Masi surpassed Acosta.

From behind, Artigas tir of Foggia, who must have passed him too. Sergio Garca, who returned after his injury, took command. Acosta went long in turn 4 and they canceled the return. Foggia was forced to go spearhead. Despite this, the Roman achieved a very good fourth place for his interests. McPhee was second and Pitito Fernndez obtained an excellent third place, the best of his life in the World Cup. Acosta was displaced to 14. Migno fell.

Sergio garca he did not improve, but the pole was his, the first of his career. Unbeatable return.