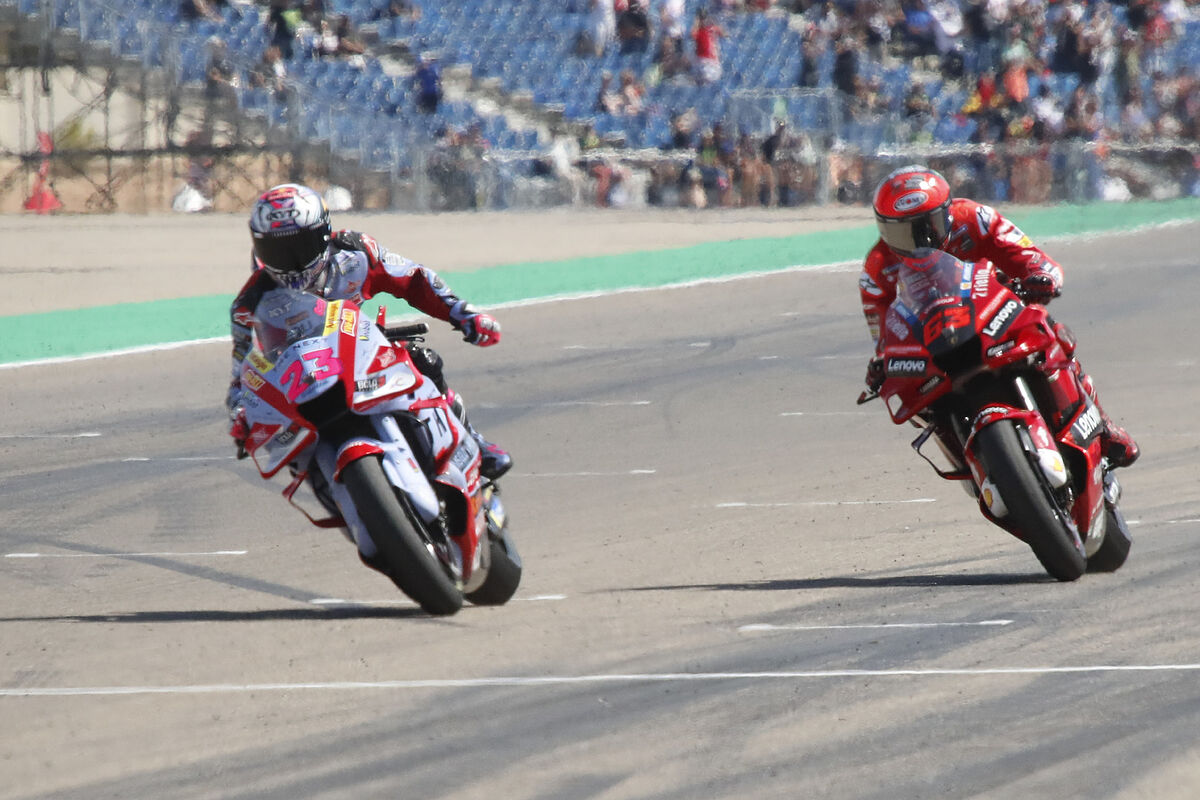 ORna full-fledged 'vendetta'. Enea Bastianini, unlike Misano, did overtake Pecco Bagnaia on the last lap in Aragon. He took a victory that left th

ORna full-fledged ‘vendetta’. Enea Bastianini, unlike Misano, did overtake Pecco Bagnaia on the last lap in Aragon. He took a victory that left the Ducatist leaders frozen, whose orders were freedom… controlled. At the San Marino GP, The Beast took a scolding from Domenicali, the ‘rosso’ CEO. In Motorland, I celebrated it in a big way. He puts himself 48 points behind the leadership and took five from Turin, the great ‘Ducatista’ asset, which remains 10 behind Quartararo.

The two Italians saw the situation and overtaking as normal. “I hope that the doubts have been dispelled now”, Enea puffed out his chest, referring to those who, like Viales, affirmed that he did not want to overtake Bagnaia on the Adriatic track. “It was a very clean pass, we were both very careful not to make mistakes,” he added while not ruling out. “I don’t feel the pressure of being in the fight, but there is still some small hope. Pecco is in optimal shape; Fabio does incredible things and Aleix is ​​a question mark,” he said.

The ‘defeated’ agree that this outcome covered mouths. “After Misano it was hell: what if Bastianini had let me win… nonsense. There have never been team orders, only respect, like in Motorland. Enea won using her cards and there is nothing to say. I have no squires” , released Of course, the button in front of Fabio is juicy. “Start thinking about the World Cup, but not too much,” he said ironically.

The third beneficiary was Aleix Espargar, whose podium put him back in the fight. “I have always believed,” he said.

Loading...
Newer Post
VIDEO: Fighter ends with a BRUTAL wound on his face (sensitive images)
Older Post
Video: Campazzo’s play that the NBA chose among the best of the season – Basketball – Sports