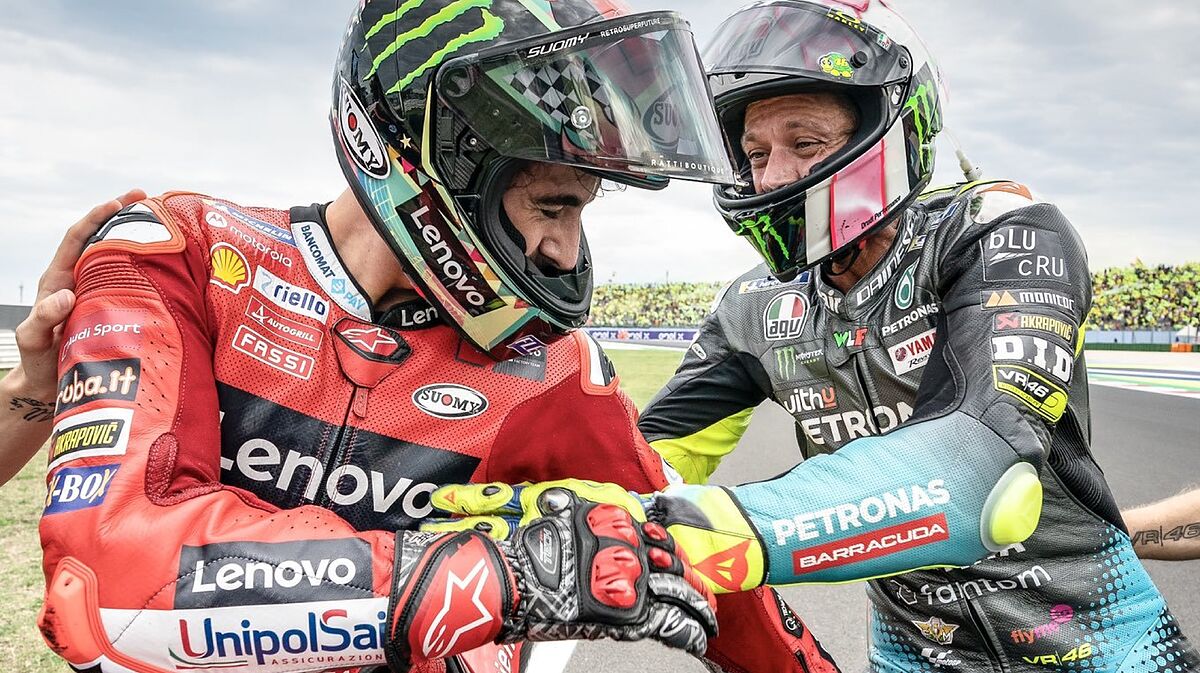 "I am what I am thanks to Valentino Rossi"he said these days in Misano Pecco bagnaia, an opinion shared by all the pilots of the VR46 Academy, who

“I am what I am thanks to Valentino Rossi“he said these days in Misano Pecco bagnaia, an opinion shared by all the pilots of the VR46 Academy, who know that this group, this professionalism and the paths it opens are key to their careers. But, from there to being like The Doctor there is a very long way. “I am not his heir”, defend himself, as Franco Morbidelli did in his day. “It was a great day for the Academy, especially for the double podium in Moto3 and Pecco’s second victory. It is a source of pride for us,” said the one from Tavullia.

Due to his way of proceeding on the track, cold, calculating, controlling the duels … the turins remembers Andrea Dovizioso. “I remembered the duels with Andrea when I had him in front of him”, said Marc Mrquez in Aragn. But, due to his driving, he evokes other drivers who were Rossi’s great rivals. In fact, they corroborate it themselves.

“Bagnaia looks a lot like me because he pilots in a very precise way and the position of the body is very similar “, affirmed Jorge Lorenzo in &#8216;La Gazzetta dello Sport&#8217;. &#8220;He doesn&#8217;t make mistakes, he doesn&#8217;t crash a lot, he comes out very well and when he can, he likes to run away only in the lead. Besides, the Ducati is right now the most complete bike. His point to improve is the rain. He has not yet shown that he can. go as strong as Miller or Petrucci &#8220;, added the Mallorcan. Pecco admitted after the race that he watched the telemetry of the one from Palma a lot in his time in red.

Jorge, as a child, had an idol that is now his friend and whose way of guiding the mounts matches them: Max biaggi. The Roman is also reflected in Bagnaia. &#8220;Because of her clean style, she reminds me a bit of myself and Lorenzo. In certain things he gets closer to Quartararo, who is the one who is closest, &#8220;he valued in Sky.

Loading...
Newer Post
“Your team makes a fool of yourself”
Older Post
Boxing: Briedis may no longer fight in Latvia after knocking out Mann and retaining his world title