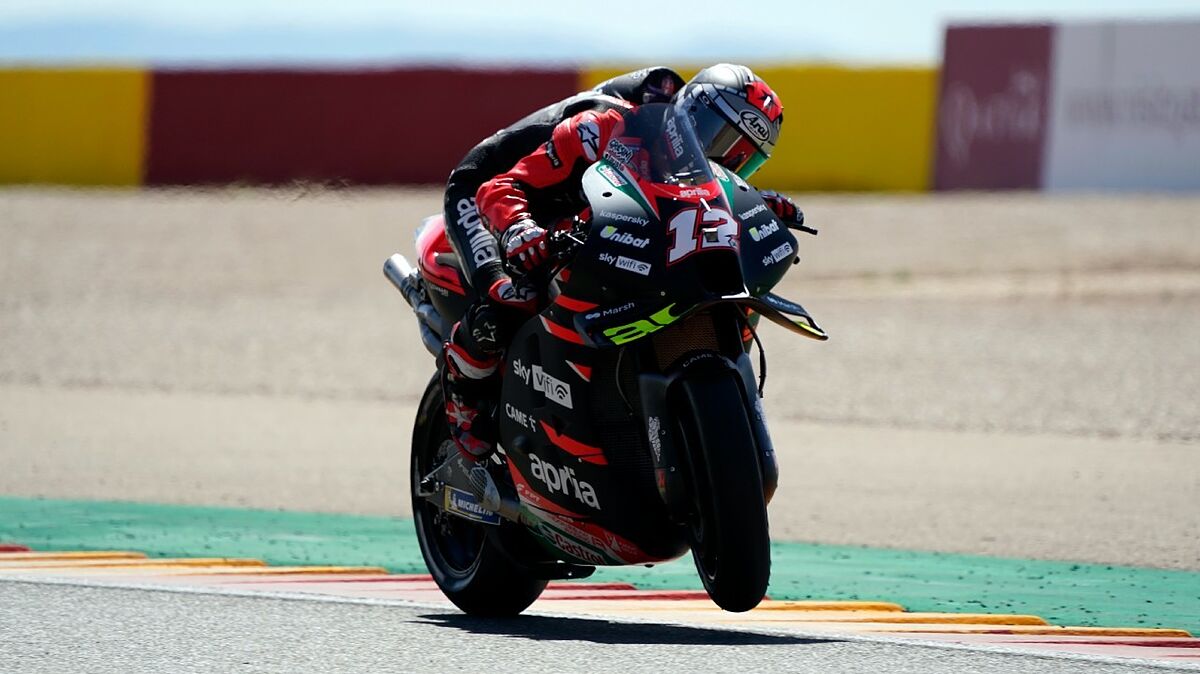 Maverick Viales set the best time in the first MotoGP practice in Misano. The man from Girona surprised … and the rain helped him.

The attraction before starting was in two Italian comebacks: that of Andrea Dovizioso, at Petronas Yamaha, as part of his signing for 2022, and that of Franco Morbidelli, in the official team of the Iwata. Stefan Bradl, Honda tester, races as a guest, as does Michele Pirro, with Ducati. On Tuesday and Wednesday there are tests on this track for everyone, already with pieces from the upcoming course. There are 24 pilots.

The sky was cloudy, with 25 degrees in the environment and 26 on the asphalt. There is a threat of rain for the whole weekend. This can alter training strategies and puts more pressure on everyone to be in the top ten for as long as possible to avoid them.

Maverick Viales He took advantage of the fact that he did two days of testing to get used to the Aprilia before his debut in Aragn to put himself first. He has the fresh references and a little more experience.

Almost everyone came out with a soft rubber in the front and a half in the back. They hoped there would be no water in the session and they saved the soft rear for last. They were wrong.

Pecco Bagnaia marked territory fast. He put himself in command and showed his favoritism. “We have to win”, Paolo Ciabatti, Ducati sports director, launched at DAZN. They are looking to tighten the lead and cut Quartararo. Fabio, when he stopped, complained that the bike bounced him a lot, but he was in the ‘top 10’.

Joan Mir certified Suzuki’s counterattack and it was located in the head. The Spaniard needs great results, such as the two podiums in 2020, to relaunch his options in the World Cup. Rins rediscovered the lost path in MotorLand.

But the Majorcan’s first place did not last long. Maverick Vials continues to surprise and it took away his place of privilege. Dovizioso, on the other hand, took it easy and was 2.5 seconds behind the best. Valentino Rossi was also quite behind.

With 12 minutes to go, a few drops of water began to fall, which became a chaparrn. They all went back to the garage. They even had to go very slow because they had dry tires.

The times were no longer going to improve, so Viales had the pleasure of leading a session with the Aprilia. A bit of morale for a pilot in need of good encouragement with a view to 2022.

The Suzuki guys came out with a set of tires to check how wet the track was. Pol Espargar and Marc Mrquez imitated them.

On Moto3, Italian rule with Foggia, winner in Aragn, in command. Acosta was 14 and Garca, 15. Before it was confirmed that Jeremy Alcoba will jump to Moto2 with Intact Dynavolt and that Ivn Ortol will debut in the World Championship with the new MTA team managed by Tonucci.

On Moto2, the whole session was wet. Domin Luthi, although many like Ral Fernandez, still touched on his right hand, hardly risked. 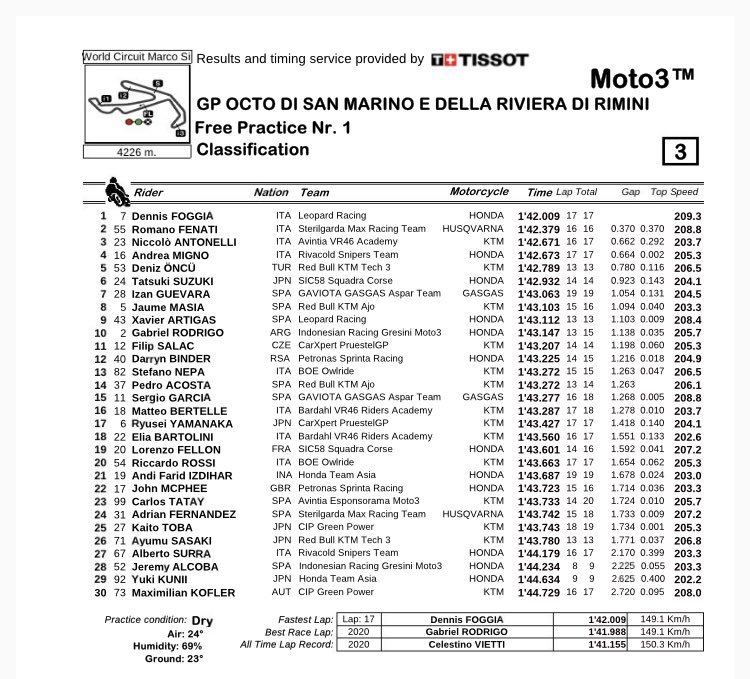