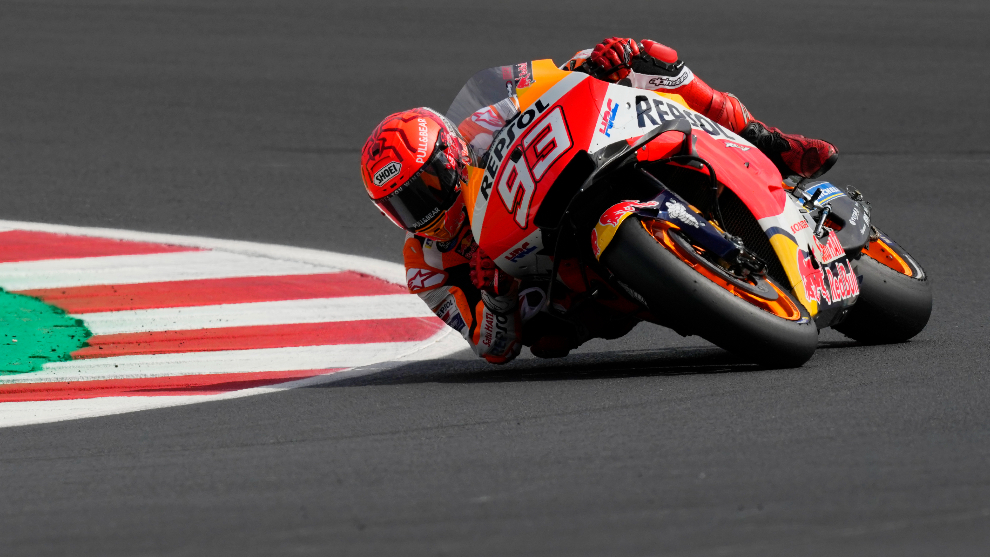 Marc Márquez, in Misano. Classification of the MotoGP World Championship 2021

!
Very good days! Today is the fourteenth round of the MotoGP calendar. The Misano circuit will host an appointment to which it attends Fabio Quartararo as the undisputed leader of the queen class. But be careful because the Frenchman cannot rest on his laurels. Has to Pecco Bagnaia as a very real threat. The Ducati is launched in this race. He won brilliantly at MotorLand after enduring continuous attacks from Marc Márquez. And on the International Circuit Marco Simoncelli has achieved a pole that can facilitate his breakaway.

‘El Diablo’ comes out third and, although it has a juicy 53-point advantage over the heir to Andrea Dovizioso, has shown the intention to attack. He does not want to be a conservative. Another thing is what happens later in the race. You may be forced to minimize damage … but that’s speculation. At the start he wants to be incisive.

It should also be noted that Misano has seen an overwhelming dominance of the Ducati. Bagnaia and Miller they will start as the first two. Jorge Martin leaves room and Johann zarco, fifth.

We will have to be aware, of course, of what I can do Marc Márquez. This track is not as favorable as MotorLand Aragón. But the eighth champion is capable of anything. This season he has only achieved two podiums: the victory at Sachsenring and the second achieved at the Aragon Grand Prix.

And let’s not forget Joan Mir, who did poorly in Q2, but it is already known that on Sundays he usually increases his benefits. The current champion is third in the World Cup 57 points behind Quartararo.

The race starts at 2:00 p.m. and will have 27 laps. And, without further ado, we started our live of this MotoGP San Marino Grand Prix!

Tags: MotoGP, Motor, Marc Márquez
MotoGP – Spanish GP 2022 | Jerez: The push and pull of Quartararo, with Oliveira in the chamber
MotoGP – GP Austria 2021: Mir warns: “The pressure will grow for Quartararo”
MotoGP – 2022 Portuguese GP: Crivill: “If Quartararo doesn’t win in Portimao or Jerez, he may have to rethink his future”
MOTOGP 538