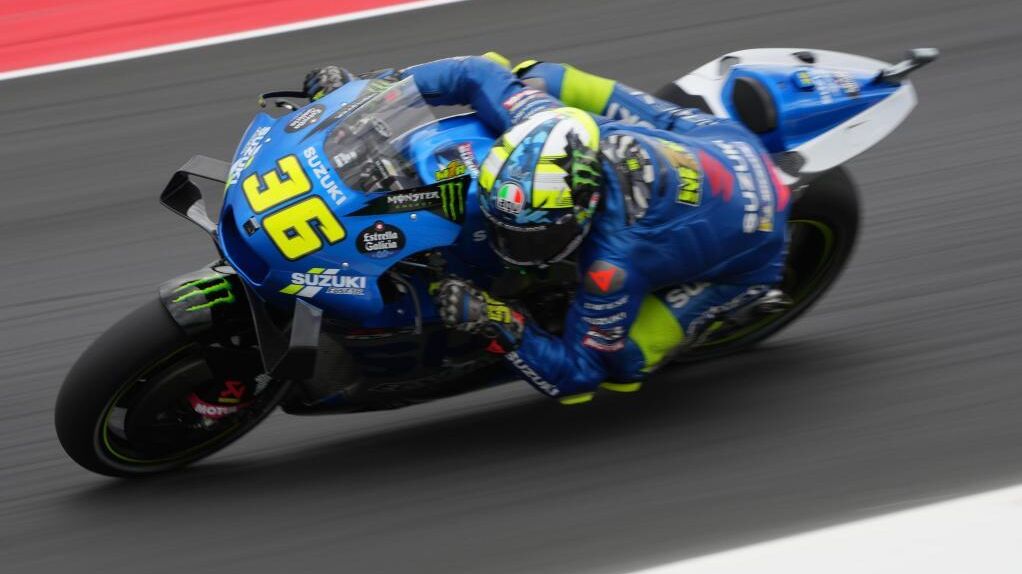 Holy water ... for Pecco Bagnaia and Joan Mir. The storms in Misano can help them re-float their options for the World Cup or, at least, get a litt

Holy water … for Pecco Bagnaia and Joan Mir. The storms in Misano can help them re-float their options for the World Cup or, at least, get a little closer to Fabio Quartararo. Both have already leveled some points in Aragn, but the advantage is still very high: 53 for the Italian and 57 for the Balearic Islands. That with only five dates to go.

But on the Adriatic track the French was seen suffering with the liquid element, like all the Yamaha, and the very competitive Ducati and Suzuki. In fact, the Majorcan did well also with sun. “It is important to have a Friday like this. We always start in tow, so tomorrow we have something in advance. We are ahead, “he said, almost surprised by such a start.

The ducatista excels in the downpour, like Miller or Zarco. “What I have to think about is recovering points to Quartararo. Those 53 are many and it is necessary to reduce, again, the distance. If, later, he managed to win, it would be even better. It will be the best way to trim. Now it is difficult to say if I will have that possibility, “he launched.

The winner in MotorLand confirmed that the Desmosedici is great if it rains. “Fabio will be there. He is the pilot who is at the top of the World Championship and he is always competitive. I will have the option to beat him because Misano is one of my favorite circuits and I know him perfectly. We all know that the Yamaha has a harder time than the Ducati in the wet. In water, you will have more options to recover more points, but it is also easier to make a mistake, “he explained.

Mir advises to go on the attack, whether they download the clouds or not. “In water it seems that Fabio does not have the same speed as in the dry. It is true that it can benefit us, but we can also lose a lot because a zero of ours or Pecco would definitely remove all the options. And in water, there are also more numbers. It is true that we have to go on the attack, but I think that in the dry we can also make a good result. We will try to play our cards as is, with the conditions that are and try to squeeze Fabio“he proclaimed.