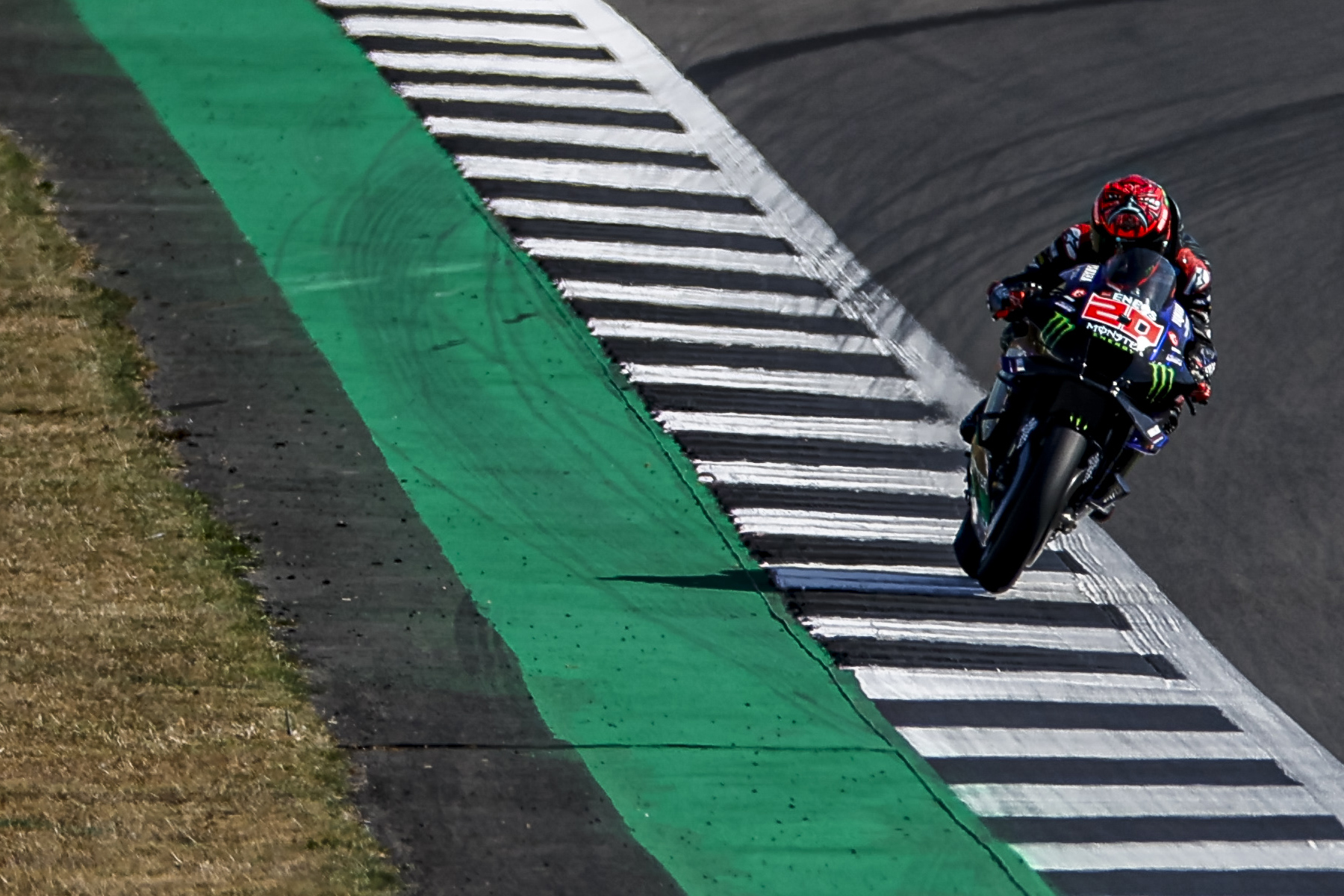 MotoGP live: follow the Silverstone race Five weeks later, MotoGP returns with the British GP. An appointment that is expected exciting and in

Five weeks later, MotoGP returns with the British GP. An appointment that is expected exciting and interesting. The leader of the general, Fabio Quartararo, will have to make a Long Lap Penalty in today’s race, while his closest rival, Aleix Espargaró, was one of the clear favorites, but yesterday he suffered a very strong crash and will have to pull with pride .

continue the good feelings for Maverick Viñales on the Aprilia, returning to the front row of the grid. The one from Roses is taking giant steps and does not hesitate to help Aprilia to fight for the title.

The overall leader Fabio Quartararo, has tried the Long Lap on numerous occasions at Silverstone. The Frenchman declared after MotoGP Q2 that the ‘long lap’ hurts more than is believed.

The pilot had to leave on a stretcher after being treated. The faces in his box say it all… Good luck! 🙏#BritishGP 🇬🇧 #MotoGP 🏁 pic.twitter.com/7iAR1Th1fn

Aleix Espargaró’s crash was chilling, a highside in the fast turn 12. The Aprilia rider stayed lying on the track some seconds, being removed on a stretcher and, later, he walked to the medical center.

Today’s will be an interesting race, because of the heroic race that Aleix Espargaró will have to complete and because of the Long Lap Penalty that Fabio Quartararo will be forced to do.

The day was chilling and exciting. The MotoGP pole went to Johann Zarco, but the protagonist was Aleix Espargarówho went from the medical center to finish sore in sixth position.

Welcome to a new live on Motorbike Magazine. Today marks the British MotoGP GP, the twelfth round of the season and the first after the five-week summer break.