MotoGP: “If Aprilia doesn’t renew me, it’s the biggest mistake in history” 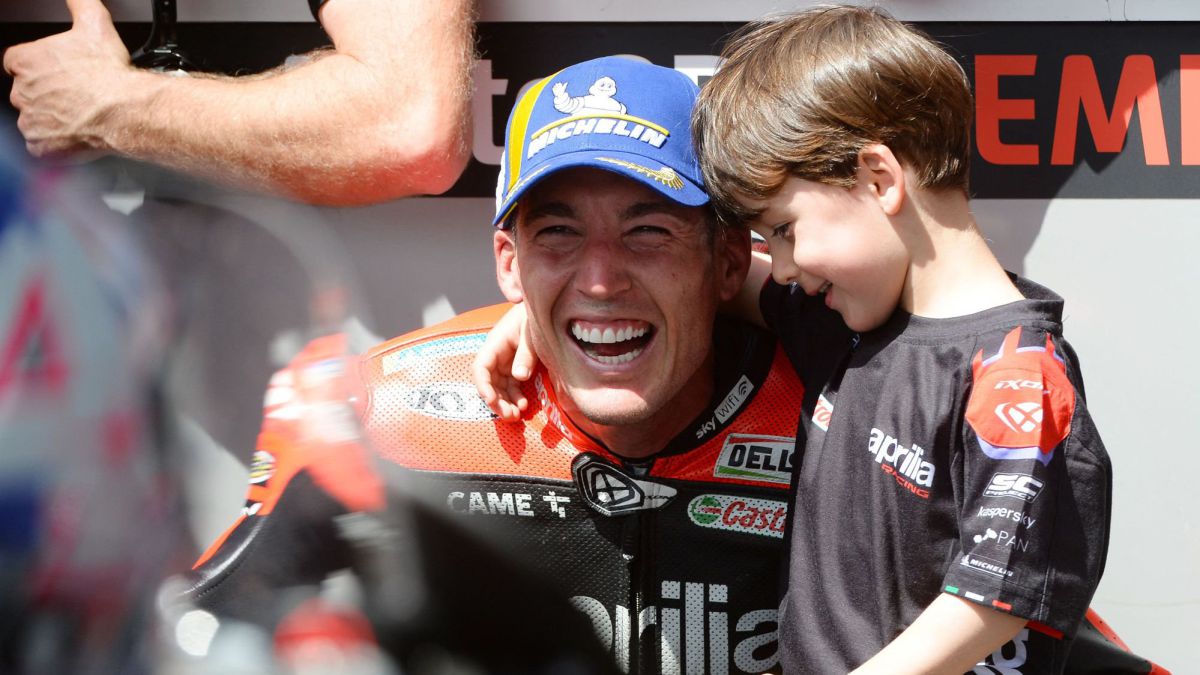 Aleix Espargaro He is going through the best moment of his sporting career, being his third consecutive podium at Le Mans with the Aprilia in Moto

Aleix Espargaro He is going through the best moment of his sporting career, being his third consecutive podium at Le Mans with the Aprilia in MotoGP and the fourth of the season. This third party had the merit of containing Quartararo in his house.

-What else do you have to do for Aprilia to renew you?

-In the current MotoGP, every detail of the bike counts and putting a rider on a new bike for him is something that a factory should think about once, twice and three times before taking the step. Honestly, if Aprilia didn’t renew me, I think I would make the biggest mistake in history.

-He continues to write the history of Aprilia in MotoGP…

-Is incredible. I don’t really know what to answer. Here at Le Mans, where I have always suffered a lot, third consecutive podium and we have cut points from Fabio, who flies here, which is his home. It was the toughest race of the year for me, without a doubt. It wasn’t very competitive, the direction was very closed to me and I was saving the falls all the time, and you have already seen how easy it was to fall. And when I saw Fabio, I knew that he couldn’t leave even a meter. I saw on some screen that when he released the brake he was getting closer, he had more speed than me in the center of the curve. If I opened up a bit under braking, I knew it would happen to me, so it was a very tough race. I’m exhausted today, but it was worth it. The third consecutive podium is crazy, we are four points behind the championship leader and now there are very good races for us, so I am very happy.

Are you going for the World Cup?

-I don’t care how it sounds, I have my route book. I am calm, very happy, enjoying myself very much. I’ve said it several times and I keep thinking about it, even if it gets closer and closer and we reconfirm ourselves: I don’t care about the future, I have to enjoy the present. What comes, will come. It is impressive what we are achieving and I want to enjoy it. Now it’s time for a week at home to be with the family, calm down, and then two super nice Grands Prix come, Mugello and Barcelona. At Mugello Aprilia brings new things, so I’m happy.

-How about the experience of carrying the shoulder camera in the race?

-I hope you liked it, because it cost me a lot, since the monkey weighed a kilo more and you know how obsessed I am with weight. These days I have even tried to cut back a little to regain that kilo. Sergi Sendra and the entire Dorna team have done an amazing job, because we haven’t started using it here, we’ve been working for weeks with a lot of electronics behind it, but this is a show and it’s been worth it. Everyone has told me that it has been spectacular and we have brought the camera to the podium. What more do you want? (Laughter).

MotoGP: Rossi would see a great Bagnaia title with the Ducati
MotoGP | GP Algarve 2021: Mir: “Now I don’t want the World Cup to end”
What is the top speed record with a MotoGP?
MOTOGP 646