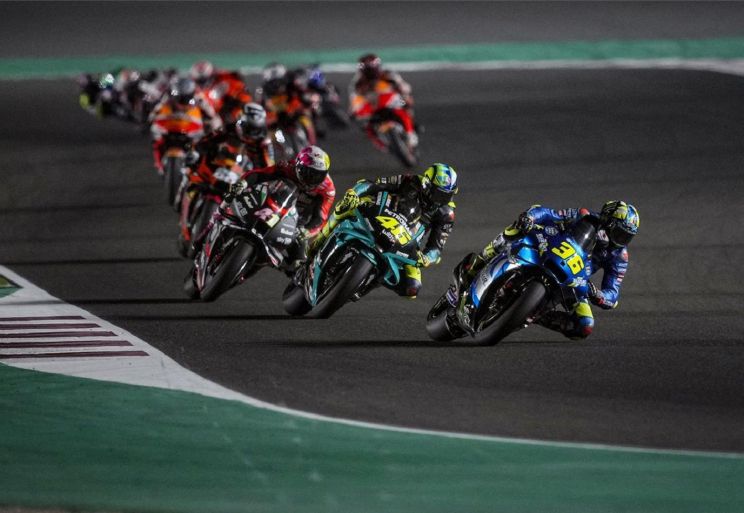 MotoGP joins the inside boom to bring the Motorcycle World Championship closer to the fans. The championship, managed by the Spanish prom

MotoGP joins the inside boom to bring the Motorcycle World Championship closer to the fans. The championship, managed by the Spanish promoter Dorna Sports, has announced that it will premiere an exclusive docuseries on Amazon next year, as reported in a statement. The audiovisual project will be produced by Mediapro.

As Dorna explained, the docuserie will show viewers what happens behind the scenes in MotoGP “like never seen before”. In the absence of knowing the release date and the title of the product, the only thing that is known is that the inaugural season will consist of eight episodes.

The series will premiere exclusively on Prime Video in more than 150 countries, including Spain, as well as other large strategic markets that have been growing in recent years such as the United States, which once again has great interest in the World Cup, as happened to early 80’s and 90’s.

Barry Furlong, Vice President of Prime Video in the European Union, stressed that MotoGP is a championship with “a large global fan base and we are sure that this new Amazon Exclusive production will not disappoint the fans.”

Meanwhile, Laura Fernández Espeso, executive director of The Mediapro Estudio, added that “we believe that (the docuserie) will attract not only motorcycling fans, but also all viewers interested in a good story.”

Finally, Manel Arroyo, commercial director of Dorna Sports, explained that “the help of the six manufacturers, the teams and the drivers will help us to see and enjoy many things that, until now, have remained behind closed doors.”

This alliance with MotoGP joins other projects that have joined Mediapro and Amazon Prime such as the docuseries on the F-1 world champion, Fernando Alonso, or the All or Nothing: Manchester City.

Loading...
Newer Post
And now? The serious accusation the Fury made against Jake Paul
Older Post
“It is a prostitution of a football club with history and feeling”