MotoGP: Lecuona rules in the wet and Zarco is the best of the day 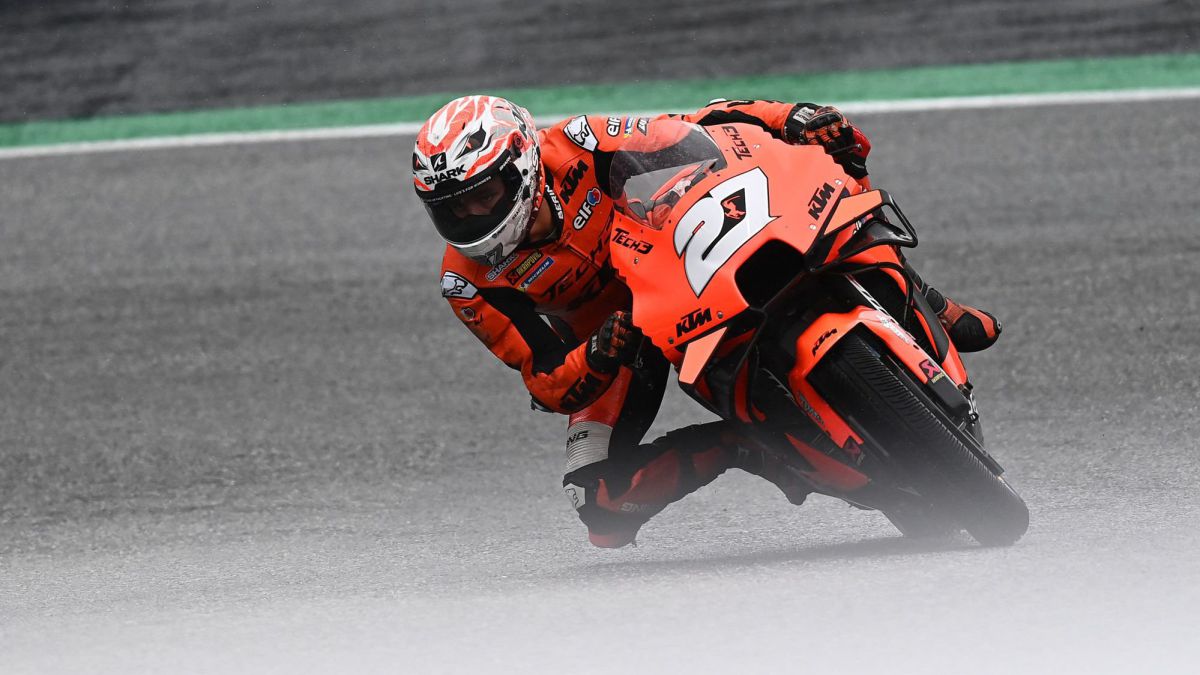 Moment of glory for Iker Lecuona in MotoGP as he led the FP2 timesheets at the Red Bull Ring, and with a whopping three and a half seconds ahead o

Moment of glory for Iker Lecuona in MotoGP as he led the FP2 timesheets at the Red Bull Ring, and with a whopping three and a half seconds ahead of the next classified, Johann Zarco. However, it is not a real result, because the storm that fell at the end of Moto3, including hail, complicated and made the Friday afternoon session of the event anecdotal. Austrian GP. Of course, nobody can take away the joy of the Valencian to see himself up in a times table in which the asphalt was wet for everyone. And he needs it, because he is without a motorcycle for next year, since Remy Gardner and Raúl Fernández have signed with KTM to occupy the Tech3 box in Lecuona and Danilo Petrucci, also without a team and with a very black future in MotoGP.

Lecuona was the only one on the grid, along with Miller, who mounted dry slick tires at the end of the session to take advantage of the fact that lane had been made and he took advantage of it to take an enormous distance from the first of his pursuers. It was Zarco, who in the end was the dominator of the day with his time marked in the morning, that gave him the first place in the combined of times and served to pulverize the chrono that he had marked Jorge Martin the previous Saturday, on the way to his second pole in the premier class, which was the appetizer of his first victory.

The morning times were better than those of the afternoon and a classification with the French in front with 167 thousandths of margin over the first of his pursuers, Joan Mir, at 0.798. Zarco, who is second overall, 40 points behind Fabio Quartararo’s lead, took to the track spurred on by the victory his teammate on the Pramac Ducati achieved last Sunday on this stage, and he looked very good both in the dry as in the wet, because in the afternoon he qualified second.

As for Mir, this time he was conservative on the wet asphalt after giving off very good vibes again in the morning and He was the victim of an ax blow by Márquez in the afternoon. He arrived at the entrance to Turn 10, still with the asphalt quite wet, and it was seen that Suzuki’s was not expecting it, because he lifted the bike and ended up leaving, shaking his head to make it clear that he had not liked it at all the maneuver. His partner Rins has started the Austrian event third and the first ten places close with provisional direct access to Q2 Nakagami, Aleix, Quartararo, Álex Márquez, Bagnaia, Márquez and Martín.

Maverick Viñales, to whom Yamaha has gotten off his motorcycle for this appointment, and it remains to be seen if for some more, for mistreating his M1, he saw the bulls from the barrier, exactly from the service road, and sent a message in his networks social: “A shame to see it from outside. As soon as I can I will give you details of what happened.” To which he added an emoji dropping a tear. And is that to cry …