MotoGP : Marini applauds the retirement of the #46 of his brother, Rossi 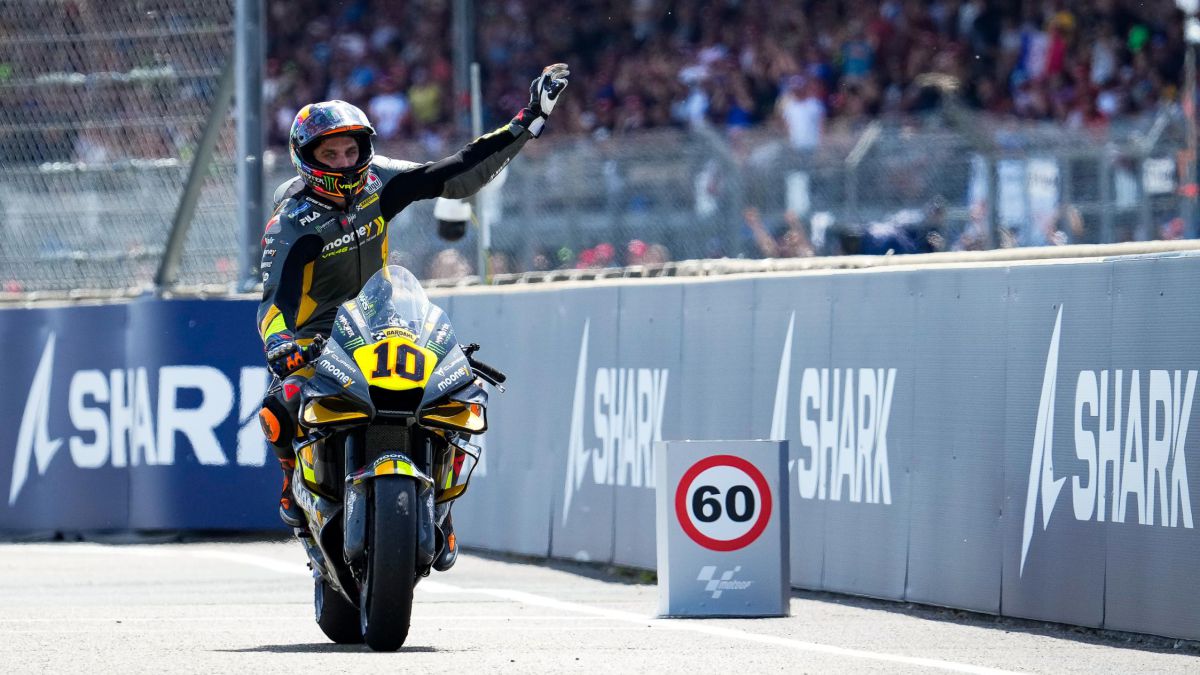 On Saturday, the #46 number of the famous Valentino Rossi retired from MotoGP on the asphalt of Mugello. The doctor He hung up his monkey at the e

On Saturday, the #46 number of the famous Valentino Rossi retired from MotoGP on the asphalt of Mugello. The doctor He hung up his monkey at the end of last season, after 25 years in the World Championship and 26 seasons, with nine titles to his credit and 115 GGPP wins. Almost nothing, and nothing to object for anyone to the withdrawal of that number that no motorcycle will be able to carry in the premier class. One of those who is very happy about this decision is Luca Marini, his brother on his mother’s side, who in conversation with AS applauds this measure.

“It’s a very good thing, I like this detail. It’s an important sign and #46 is a unique symbol,” begins by saying the Mooney VR46 Racing Team driver before we challenge him to see if he knows which are the other numbers withdrawn from the competition. “Wait, wait, wait. I knew it, but it doesn’t come to mind now,” he assures us before we give him any clues. We tell him that Kevin Schwantz, and he says: “Exactly, # 34, the number that Dovizioso wore until he got to MotoGP and then he couldn’t wear it anymore, so he opted for # 04”. And he doesn’t remember any more, so we helped him: “Capirossi? I didn’t know that #65 was retired. Simoncelli, yes, with #58.” And we help you by reminding you that the numbers of Kato (#74) and Hayden (#69) are also retired. “I didn’t know there were so many retired numbers,” assures good Marini who also liked knowing that in Moto2 #48 is retired by Tomizawa and #39 by Salom and in Moto3, #50 by Dupasquier.

Going back to his brother’s #46, he thinks “It is absolutely fair that his number is retired. There is no possible comparison in motorcycles with him. He is the Michael Jordan of motorcycles. If he doesn’t retire, I don’t know if anyone would have the courage to wear it in the future, because I’m sure there are children who race with the #46 with the dream of winning in MotoGP one day. I wouldn’t have taken it for sure. You have to have a personal relationship with the number you wear and because Valentino wore #46 I wasn’t going to wear it. I started with #97, which was my birth year, and then I took #10 because they told me I couldn’t wear #97. I liked #10 as a number, because it is my date of birth, August 10, and because it is the number of the star in football, a sport that I like, and it is the one worn by Messi or Totti, the leader of my team, Roma, who have now won the Conference League with Mourinho, a coach I like very much”.

MotoGP 2022: Aleix Espargar: “I have never had evil”
MotoGP: Rossi would see a great Bagnaia title with the Ducati
When are the new MotoGP designs presented?
MOTOGP 639

Loading...
Newer Post
The NBA Finals will have a Latin flavor with Al Horford and Juan Toscano
Older Post
Results of the finals of the Amateur Boxing Championships of the Community of Madrid