MotoGP | Márquez: “The bike was to do better than an eighth” 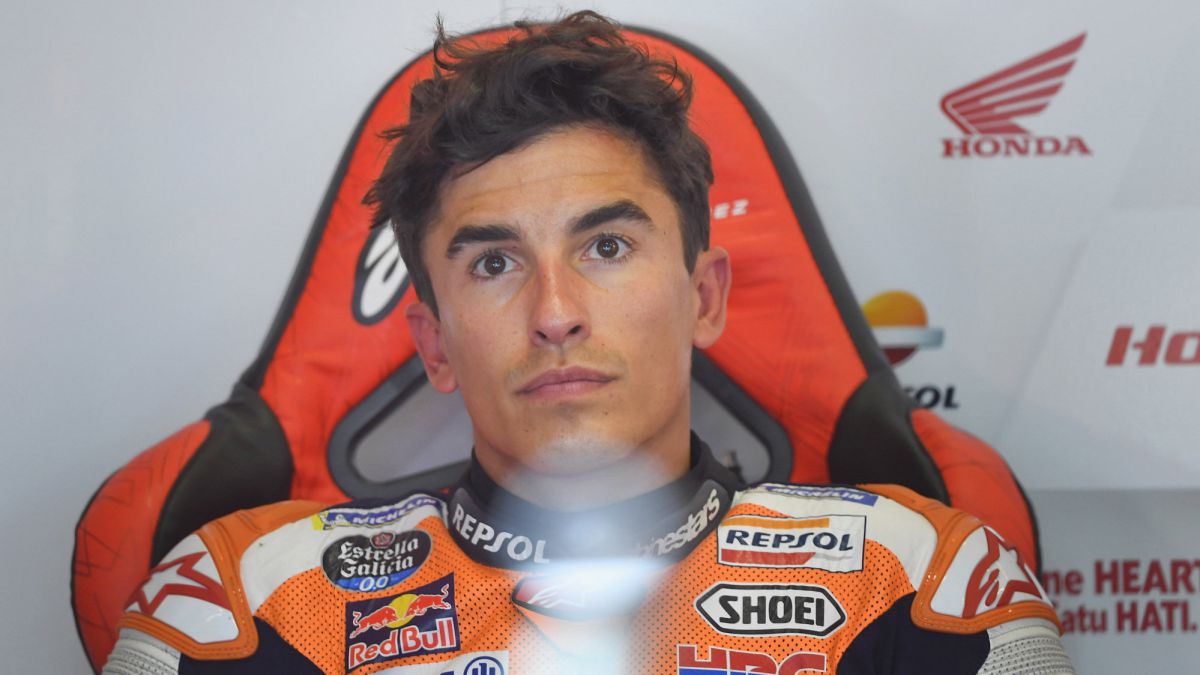 Marc Márquez still sees in his physique the absence of a better result than his eighth place achieved for the grid of MotoGP at the Styrian GP.

Marc Márquez still sees in his physique the absence of a better result than his eighth place achieved for the grid of MotoGP at the Styrian GP.

-Why does the line draw narrower in the circuit of the others?

-Good appreciation. It is like this, in fact especially where there is more difference is in 2 and 3 and it is simply that I try to optimize the physical effort since if you go with the bike straight you are not using force with your arms. Last year or two years ago I was doing those lines, because maybe they are a bit better. Maybe for one lap they are good for me, but for a whole race I can’t stand it, because when you are doing the fan you are making force with your arms and they charge me. That’s why what I do is optimize my strength and do just enough to go fast, but also be constant, that’s why I go straight to two. In the two I cut more gas than the others, but I try to recover it. And when I braking at 3 o’clock, I also go straight so as not to have any strange movement, because at the one that I have a strange movement, my body is already ahead of me and I cannot control it well. It’s a bit what happened to me in qualifying, that I tried to find a little more, I couldn’t and I was going long. But I have tried anyway, because it was the last lap. Already in Holland I did it and in the last races, trying to optimize the force and use it in the necessary points.

-Is it better for rain and, if so, is that a bad sign?

-If we were looking for a spontaneous result we would want it to rain, but we are not looking for that. Winning a race is important, but it will not change our lives. I have already done that this year and I took a load off myself, so now I have to work for the future and for that we need to ride dry to go around, to prepare and thus also physically I demand more of myself, because yes, I train in home, but the bike that weighs is the MotoGP. That is why I hope the race will be dry and, if it is with water, as I always say, there are more chances of everything, of winning and falling. So we’ll see …

-In the fall I was in red. How far could it go?

-You can’t do pole but you could do better than I did today since the bike was to do better than an eighth. As has been seen with the first tire, I was not feeling well and I was not able to go fast, but with the second tire I was feeling well and in fact I did a lap to finish, to position myself, and on the lap in the one that was pushing I braked too late. Instead of aborting the lap, I tried it, because I knew it was the last one and I fell on the slowest corner. I have thought that ‘it will be strange that something happens’. Yes, it could have been in the second row well, but it could not be, I could not squeeze and that is why I did not make my best classification.

-If it rains, is there talk of canceling the race or moving it to Monday?

-As for the rain, if they are strong storms of those that it rains a lot in a short time, here is a circuit in which it is impossible to run because it is dangerous. There are ups and downs and that causes rivers or streams of water to form that cause a very dangerous ‘aquaplaning’. If there is an acceptable rain, you can run, as long as it is not a very big or strong storm.

Loading...
Newer Post
Tomás Barrios wins the first major title of his career and reaches the best ranking of his life
Older Post
Pogba would get to a European soccer giant for free