MotoGP: Mir and Rins honor Schwantz and Hayden in their helmets 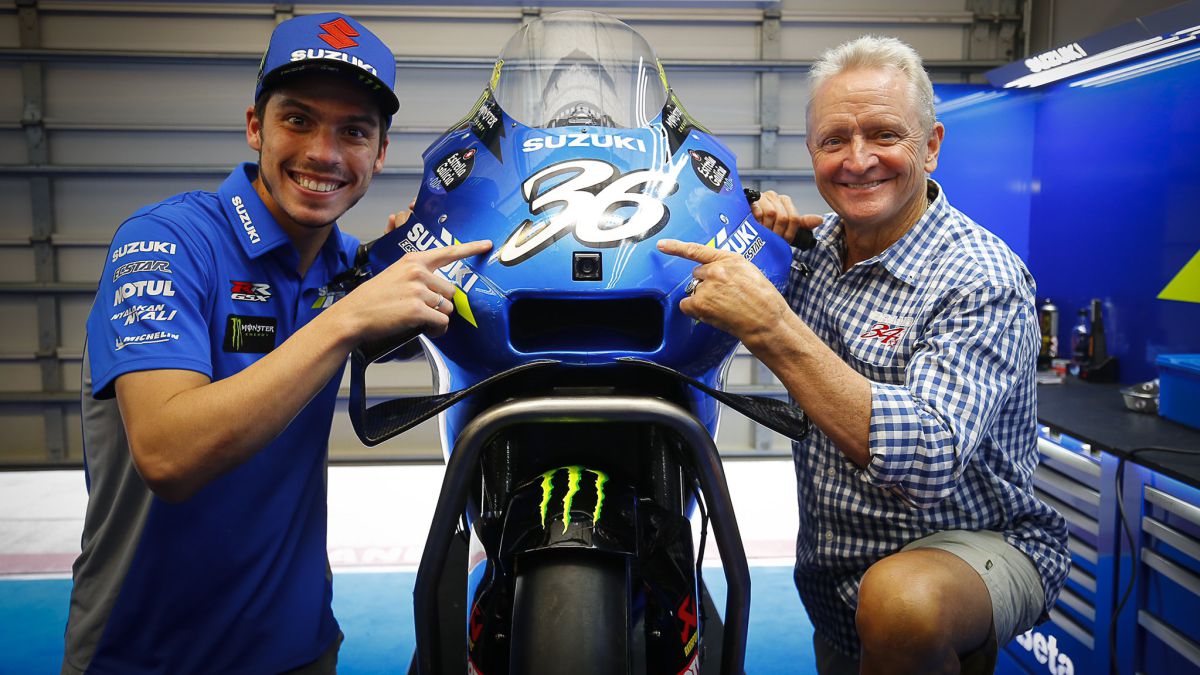 Nice details in the box of the Suzuki ecstar of its two pilots, Joan Mir and Álex Rins, with two American champions, Kevin Schwantz and the missed

Nice details in the box of the Suzuki ecstar of its two pilots, Joan Mir and Álex Rins, with two American champions, Kevin Schwantz and the missed Nicky Hayden. The Spanish pilots have paid tribute to the Texan and Kentucky in their helmets and the Mallorcan has gone a step further by also donning his number 36, with the typeface worn by the famous 34 of the Birdie.

“You like the 36 that I have here, eh?”, Said the current MotoGP champion to the special envoy of ACE to the GP of the Americas, aware that Schwantz is the weakness of the person who writes these lines. Well, the truth is that yes, he is very successful and looks very good at the front of his motorcycle. In addition, it is a detail that has been remembered of the 1993 500cc champion with Suzuki, the same factory with which he was crowned last season. “From champion to champion, “said his representative, Paco Sánchez, who assures that on Sunday, after the race, they will exchange a helmet between the two champions. He might have remembered Kenny Roberts Jr, who had been the last champion with Suzuki in 2000, but Kevin’s legend is much more planetary than the Californian’s.

It has also been very good, and it is another detail, the helmet design that Rins debuts here. On the front it simulates an American football helmet, and on the back it incorporates the characteristic number 69 of the 2006 MotoGP champion, that included in its design the colors of the United States flag. Oh, and she also named Lucas, her newborn son last week, albeit in the monkey in this case. He has changed his for that of his offspring in the back.

Beyond colors, on a technical level it should be noted that Mir uses here the chassis that he liked so much in the last Misano test, the same test in which both he and Rins liked the new version of the engine for the 2022 that Suzuki is preparing, a priori more powerful than the current one.

MotoGP fears Binder – Sport-Journal
Johann Zarco “overwhelms” his rivals | sports
GP Valencia MotoGP 2021: Joan Mir responds “to those who say they do not defend the title in a dignified way”
MOTOGP 202