MotoGP | Mir: “It was not necessary to pass Márquez in FP2” 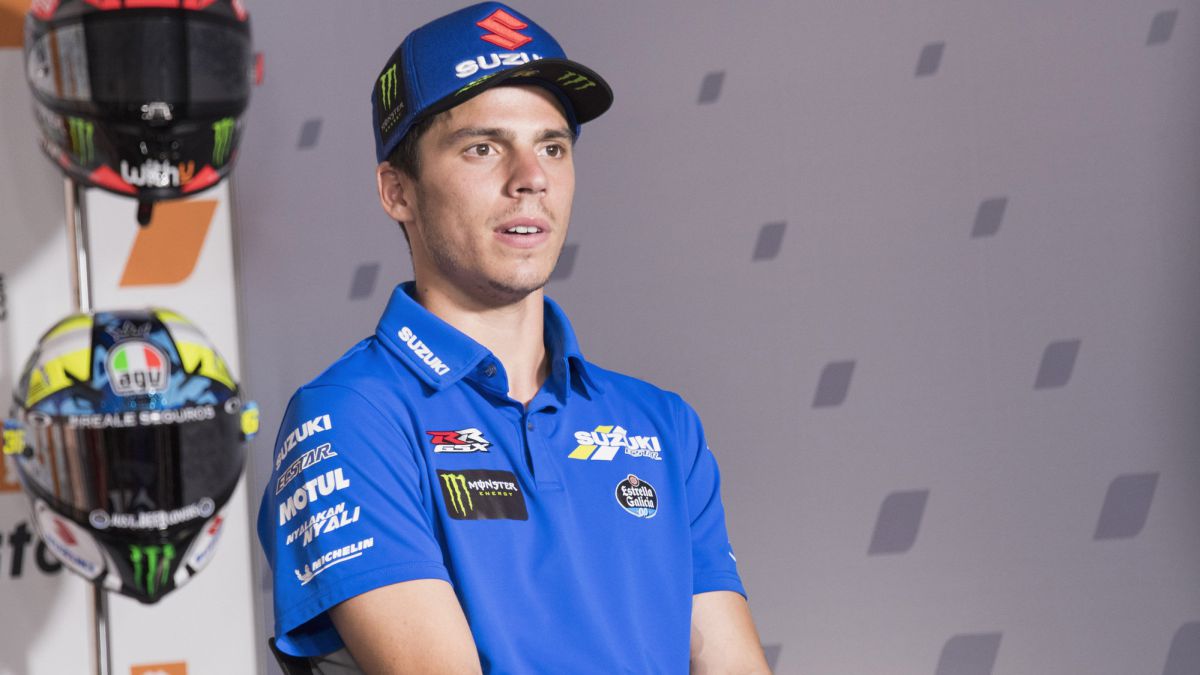 Joan Mir has revealed that he has had problems with the front brake of the Suzuki on today’s day of the Austrian GP and he also commented on the maneuver that Márquez made in FP2 and that it cost him to get off the track.

-It has been a difficult day on a technical level. I had some problems with the bike, especially adjusting the brakes, and this made my day a bit difficult. In FP1 I also had a problem that made me stop early and I was not able to do the lap. And then in the afternoon it was hard for me to find those sensations on the brake. It did not quite work well and this has conditioned a bit, but nothing that cannot be solved for tomorrow.

-Are you talking about front or rear brake?

-From the front. I had problems with the carbon brakes. On this track it is very critical, because that brake is used a lot and it gets very hot. It is difficult to find the working range and with all the braking here that was not in place. In FP1 it was a different story, because they were new discs, but in the afternoon, with those adverse conditions, they were not working well and it hurt me in FP2.

-Can’t you race then with new brakes?

-I don’t know if mine were new, but it was something that had to be adjusted a little more and it didn’t go well. I think these brakes need, when they are new, break-in.

-What happened in the maneuver with Márquez who ended up off the track and shaking his head?

-It was a session in water, in which in each lap you change, with some entering and others leaving the pits. There was a dry lane and you have to follow it. I was slowing down the times. I took it quite calmly and in the last corner I saw that he entered the lane and the dry part left me no choice. It took me off the line and this meant that I had to go off the track, because I entered very quickly through the wet part. It is an act that was not necessary to do in FP2 and it has surprised me, but I have nothing to say either. It has surprised me. In the race I do not cut a hair to overtake, but in FP2 I do not see it necessary to take anyone off the track. It’s my opinion and that’s it. I have no problem.

-He has been seen with a good rhythm. Do you pick it up where you left it last weekend?

-The pace has been good with the used tires. We were on the softer front tires, but I felt good and the times were coming off. The rhythm was nothing to write home about and tomorrow it will be close. Zarco has lowered the lap and also the pace. I have seen him very strong. We will see if I can improve more to have more weapons in the race.

-I was having problems with the brake and I was stopping a lot for this. Every time I went out, the track was drier and I would know that slicks could be ridden, but the team did not prepare the bike to go out with them. In the case of Iker, when conditions are adverse, he always tries to show himself and it is a great thing to do because of the situation he is in. We must play another role and work more towards the setting. It is perfectly understood that Iker wants to risk and put a slick in an FP2 like that.

Loading...
Newer Post
MotoGP: Lecuona rules in the wet and Zarco is the best of the day
Older Post
Boxer causes a furor in networks for his epic entries (VIDEO)