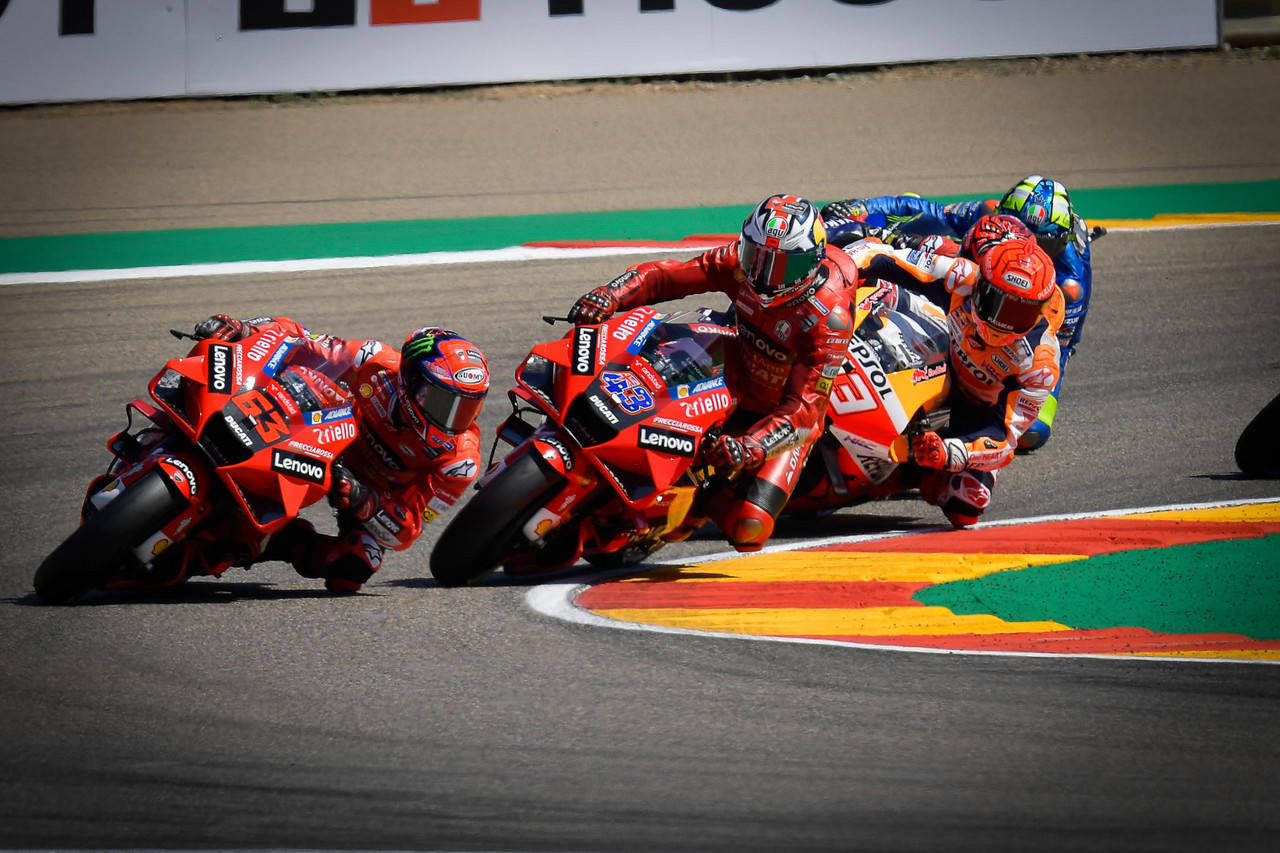 The premier class fans are still recovering from the great battle that Francesco Bagnaia and Marc Márquez had at the Aragon circuit. After several

The premier class fans are still recovering from the great battle that Francesco Bagnaia and Marc Márquez had at the Aragon circuit. After several overtaking to the limit, the Italian Ducati rider was the winner of this battle, second was Márquez and third in discord 4 seconds ended Joan Mir. The last Sunday, Fabio Quartararo had trouble on an unfavorable circuit to go and finished 8th more than 16 seconds.

In the leaderboard, after Fabio Quartararo&#8217;s bad weekend, the difference was a little trimmed. The French driver is the leader for more than 2 races (53 points difference) over Pecco Bagnaia and 57 points ahead of Joan Mir. Márquez after the last 20 points has risen to the top 10 in the leaderboard.

In the 73rd anniversary of the premier class there have been 8 winners in the 13 races we have run. The one who has repeated the most, the leader of the classification, Fabio Quartararo with 5, the next with the most victories is Jack Miller with 2 (Jerez and Le Mans). Bagnaia, Oliveira, Viñales, Binder, Jorge Martín and Márquez share a victory.

This weekend we will have to look carefully at the sky as the forecasts are not entirely good. To this day, there will be rain on both Friday and Saturday, moving away on Sunday.