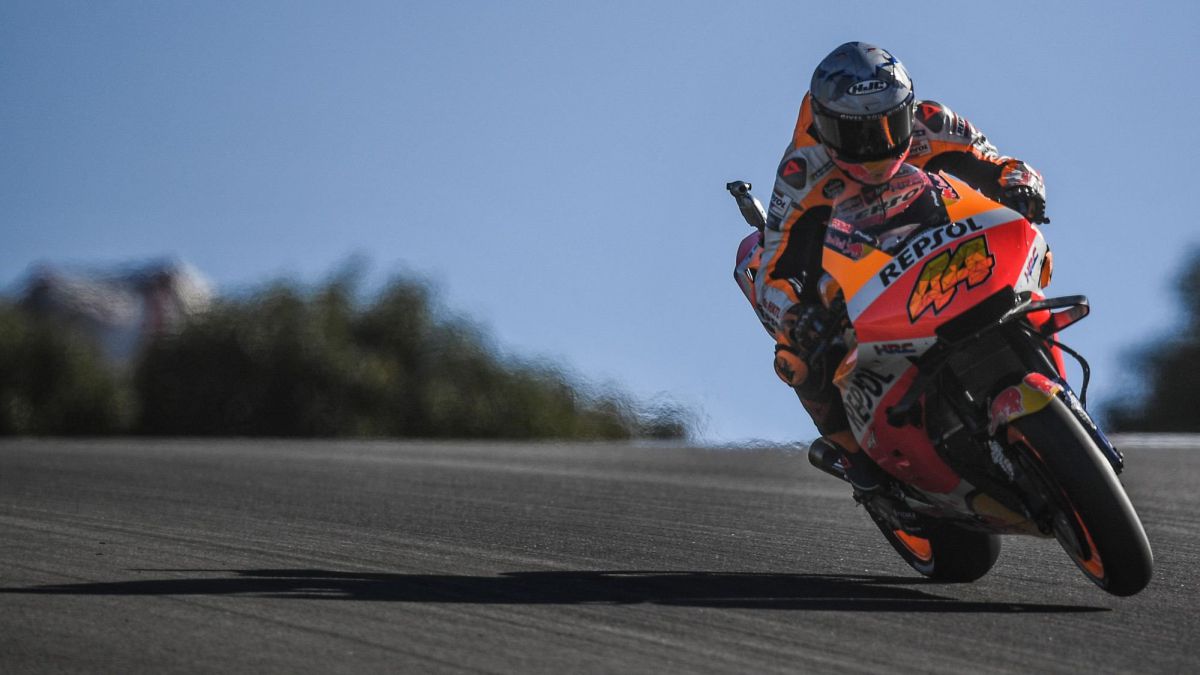 Pol Espargaró already counts to win with the Honda. He achieved his first podium in MotoGP with the RC213V in Misano 2, a couple of races ago, and

Pol Espargaró already counts to win with the Honda. He achieved his first podium in MotoGP with the RC213V in Misano 2, a couple of races ago, and in this Valencia GP he started in second position, just 12 thousandths behind Jack Miller and despite falling on his last fast lap attempt, in which he had been reducing the best time of the Asutraliano, established in 1: 30.927.

Miller had crashed in the morning with his Ducati, as did his teammate Bagnaia, who finished the third day, and Pol did it only in the afternoon, losing the front wheel in turn 6. In his case , It’s about the nineteenth fall of the season, most of them for shooting, for seeking to overcome his limits with a Honda that has given him a lot of war since the beginning of the year, but with which he has already achieved his best result in the premier class, because all the most he had done with the KTM were third places. This time he went to the ground without being warned by the front wheel in the slightest and that contrary to that of Granollers, who could not hide the gestures of anger and frustration.

After the top three and until closing the top ten with provisional direct access to Q2, Rins, Martín, Nakagami, Mir, Binder, Dovizioso and Zarco. Further back, Quartararo 11º with a fall without consequences, Aleix 12th, Álex Márquez 14th, Lecuona 16th (he led in the morning in water), Maverick 18th and Rossi 21st.

Loading...
Newer Post
Fighters advance to the semifinal of the National Elite Boxing Championship
Older Post
Hamilton, disqualified from the ‘qualy’ and his eighth title in danger!