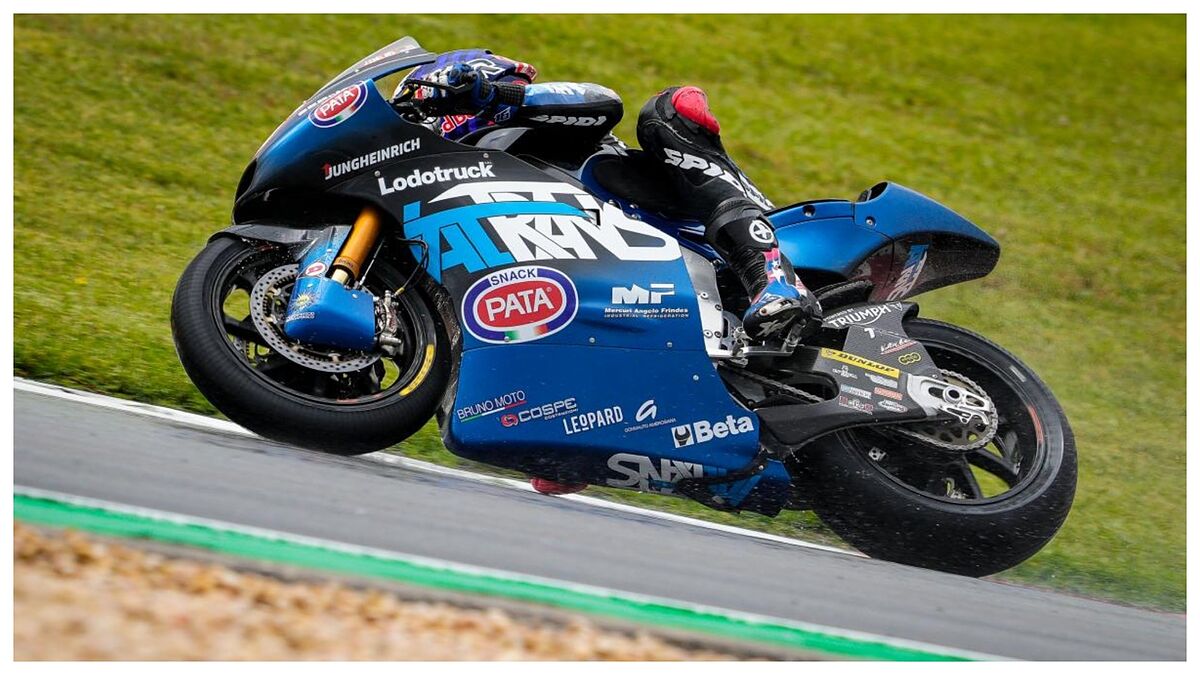 Joe Roberts won the Moto2 race in Portimao. Rather, the mini race. Vietti took a slice of the great accident in World key. An American has not w

Joe Roberts won the Moto2 race in Portimao. Rather, the mini race. Vietti took a slice of the great accident in World key. An American has not won since Kocinski in Australia 1990. What a debut for the Californian.

The clouds threatened to discharge water, but were contained at first. There was a cold wind: 18 degrees in the atmosphere and 22 on the asphalt.

Canet did not make a good start. Beaubier passed him in the first meters and Arbolino, shortly after. Ron reacted quickly to get back at Tony. Then, after the first step across the finish line, he did the same with the American.

Chantra, who started very well, overtook Arbolino, but Somkiat had to pass through the ‘Long Lap’ area. From behind, the leader Vietti remained more or less the same. Acosta traced back four places in a turn.

A few drops began to fall in various areas of the track. Delicate moments, but nobody loosened. Ogura and Augusto caught Arbolino.

Marcos Ramrez, who was on the verge of scoring, crashed at turn 13. Ogura passed Arbolino to be third.

Beaubier was holding Canet’s pull. Both took meters with the rest. Chantra, her sentence completed, was coming very quickly to join the pursuing trio.

Ogura forced and arrived behind the American. Augusto, at last, overtook Arbolino to be fourth.

Until the drama: Multiple accident at turn 2. They fell as they arrived: Canet, Beaubier, Ogura… and then Augusto, Arbolino, Chantra, Lowes and Arenas. They were all aware.

Of course, the race had to be stopped. The competitors who could try to reach the box with their mount, because they knew that they had not reached two thirds and had to restart.

The stewards dictated that they had five minutes to arrive, and without shortcuts, with their motorcycle. The regulation said so. Several teams complained, asking for common sense.

But a second race was made, only 7 laps away and with those who were up there watching it from the outside. Dixon had the pole, because it was based on the last step across the finish line… and those who could compete. Only 18 came out.

The Briton did not take advantage of that first place and went to the ground at turn 7. There was still moisture because it sparked in some areas.

Roberts found himself upstairs alone and fled. Behind, Schrotter, Aldeguer, Navarro and Vietti were fighting.

Antonelli crashed at turn 3. Bad start to the year.

Navarro, after a good fight, overtook Schrotter to take second. The threat was Vietti, who imitated him. Manu followed the leader of the category and overtook the German.

Navarro slipped in slightly and Vietti took advantage of it to overtake him. Schrotter overtook Gonzalez.

Jorge tried it on the last lap, but Celestino resisted. The same as the Teutonic regarding ‘Manugas’, who, in addition, contained Aldeguer, who later lost a place in favor of a bestial Alcoba. Everyone who finished scored. Vietti already has 34 points over the second, Ogura and 41 over Canet. Tremendous.