MotoGP | Quartararo: “I am my biggest rival in the fight for the title” 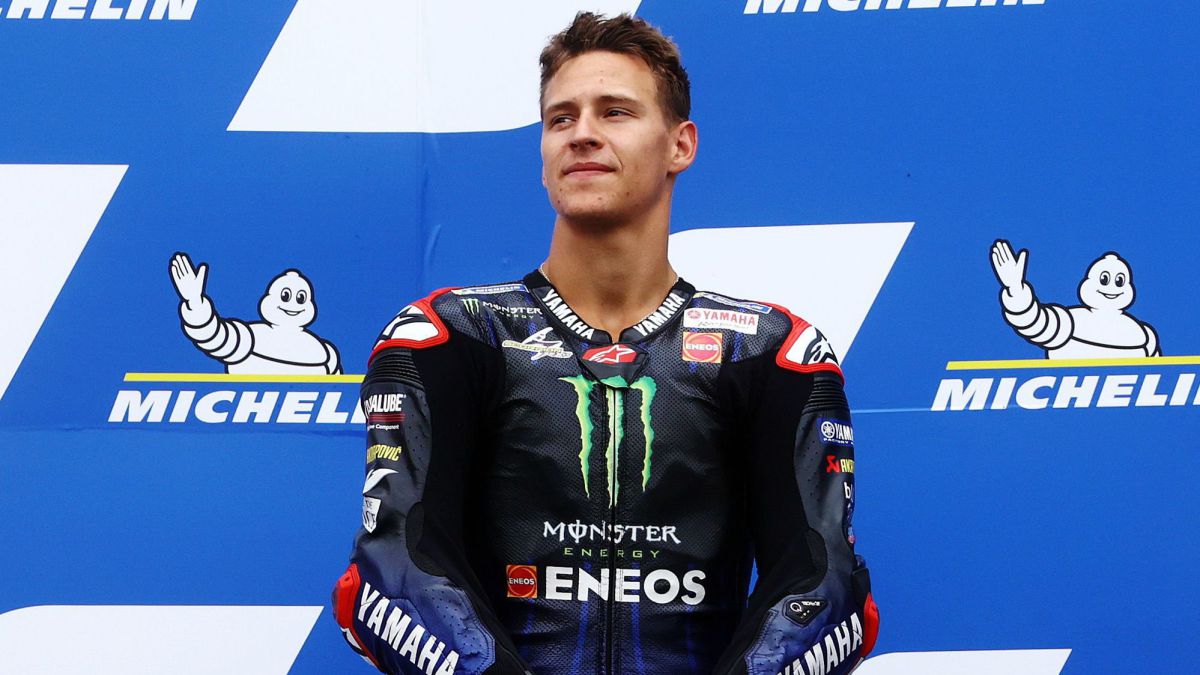 He has been in the World Cup for so long, since he was 15 years old, and his head is so perfectly furnished, without taking away the freshness of

He has been in the World Cup for so long, since he was 15 years old, and his head is so perfectly furnished, without taking away the freshness of the youth that he still treasures, that Fabio Quartararo It looks like he’s over the age of 22 that he actually is. This interview with ACE in the Austrian GP is another proof of it.

-Are you feeling lonely in the box this weekend?

-No, because I’m going to do my thing. I have a clear goal this year and whether Maverick is there or not doesn’t change much. I am focused on what I have to do.

-Last year they squeezed each other a lot with Morbidelli in the Petronas box and with Maverick less that has happened this year in the official Yamaha. Have you missed more of your competition?

-Maverick was an encouragement for me when he won the first race, in Qatar. I saw what I had done wrong and what he had done right. That is how I won the second race and it is always an encouragement to beat the teammate. We have done it quite a few times this year. Here I do not need a partner in the box to stimulate me.

-In the last few weeks, he has been looking like a champion, and not only because of the advantage he has in the general classification. Do you feel more complete and a better driver than last year?

-I see it that way. First of all, because I have a more competitive bike or, rather, more constant and that allows me to achieve more consistent results. Last year we had a lot of technical problems, but my lack of experience was also noticeable after 2019 was super good, with seven podiums and six poles. We didn’t touch the bike there all year and in 2020 it was the other way around, with a very bad consistency and I was getting very nervous, because I was first in the championship after ten races.

– Can you say that the pressure could then?

-More than pressure, stress, a lot of stress. He told me that I was going to lose the lead and came out with stress, a stress that I have now learned to manage, because I start the race as if it were the first race of the season, to try to win it or to achieve the best possible result. I don’t go out thinking that I have to finish in front of such a rider and manage, but rather to achieve the best possible result, and that comes naturally to me now and it helps me a lot for the championship.

-How did you get that change?

-Because of the experience and because I am learning more and more. The last time I went to the psychologist was in December of last year. In 2021 I have not gone any time, but I am very clear about what he told me. He sent me an exercise that is about repeating a few words when I notice that I am a little nervous or under stress. And it works very well. When I notice it, I do this exercise, but I haven’t been there since December.

-How did you solve it?

-I used to want to show my potential and the psychologist told me that I didn’t have to teach anything, that if I did it it was for myself and not for people. This stuck with me. Before, I wanted to show people what I was capable of.

-Is that because from a very young age you were singled out as the new Márquez?

-Yes, but also the other way around, because in 2018 everyone said that he was not ready to go up to MotoGP.

-I was one of those who didn’t understand how they bet on you instead of Bautista. I apologize for this.

– Nothing happens, but that type of comments made me go out to say ‘well look, here I am’. That stuck with me for too long and I learned from the psychologist that I didn’t have to teach anyone anything but to do my job. If I want to be a world champion, it is for me and my family, not to show people that I can be.

-What words are those that are said?

-I am structured and considerate. I repeat it several times when I get nervous. They are normal words that I say three or four times. It lasts five or six seconds and I feel it relaxes me.

-Are you your biggest rival to win the title this year?

– I myself, yes, but also Joan (Mir) goes fast. I have to stay focused and do my job, without looking at others. I know I’m going fast now on all circuits, even this one in Austria.

-That third last Sunday is worth gold …

-The three third places I have done are worth almost more than victories, at Le Mans in the water, at the Sachsenring and here. And finishing in front of Johann (Zarco), Pecco (Bagnaia) and Miller. Only Mir finished in front.

-Why do you have so much facility to do poles?

-From the outside, it has been seen as a very natural transition to be Rossi’s replacement in the official Yamaha box. Has it been so?

– Years ago it would have been very complicated. In Qatar 1 I did a rookie race and I can say that I had pressure, because I felt that Yamaha had caught me in Rossi’s position and in the second race that pressure left me. In the first I made mistakes because I had extra pressure, which was taken away from me when I finished fifth and I saw that it was not a bad race. From there, everything was better and I won the next race.

Loading...
Newer Post
Bagnaia leads the FP3 of the MotoGP Austrian GP
Older Post
MotoGP: Lecuona rules in the wet and Zarco is the best of the day