MotoGP | Quartararo’s ear pull to Nakagami: “We can kill each other” 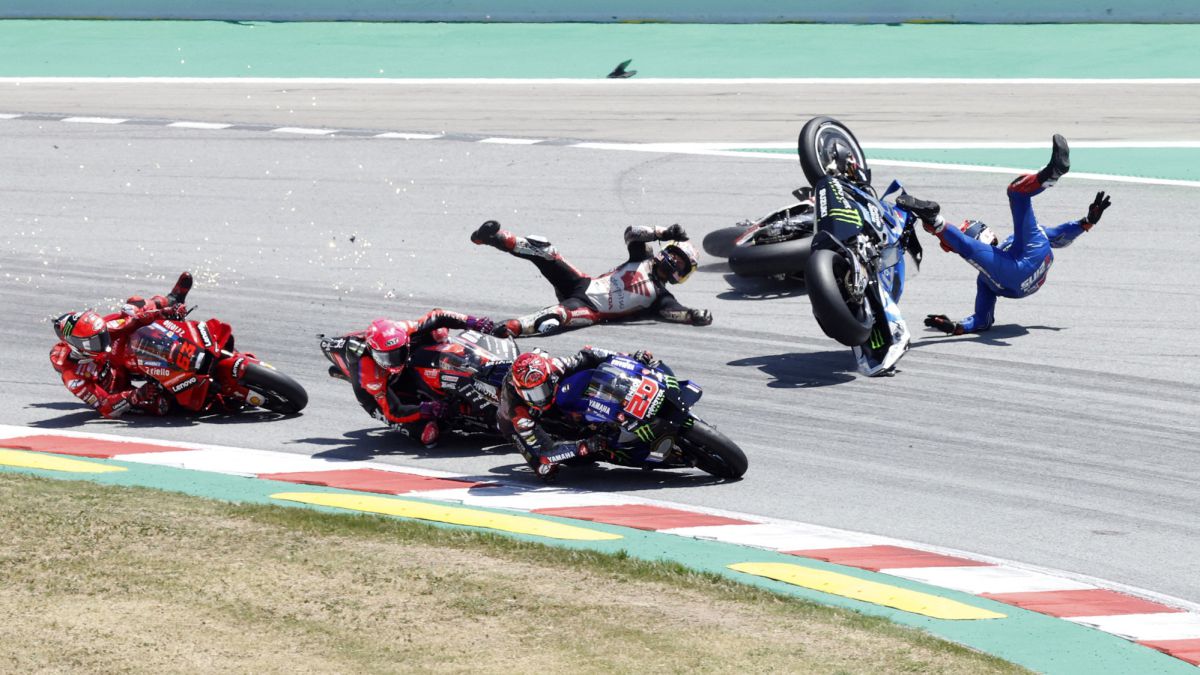 Twice Fabio Quartararo was asked about the incident at turn 1, after the start, in which Nakagami came in past and took Bagnaia and Rins to the gr

Twice Fabio Quartararo was asked about the incident at turn 1, after the start, in which Nakagami came in past and took Bagnaia and Rins to the ground with him. You may or may not agree with the Frenchman, but it’s nice to see him in the role of champion, a benchmark on the grid. In this case, moreover, the slap on the wrist for the Japanese was one of the important ones, reminding him that “they can be killed”. Oh, and he also had for the panel of stewards led by Freddie Spencer, of which Rins has said, for not sanctioning the Honda driver, that he “is too old” to play that role. They described the action as a career move without penalty for the Japanese, who spent the night in the hospital, under observation, but without fractures. The one who did have a plaster cast with a fracture in his left wrist went to the Spaniard.

“I don’t want to get into eleven-yard shirts, but what can I say? For me, the decision has to be made faster, before more things happen and that is something that happened in Portimao, raining. Don’t wait to see if it stops raining or not. No, no, it starts to rain and we go with the slicks. It is an example, but in general when something happens they make a decision and I think that prevention is always better. Prevention is better than cure, “he said before the pull from ears to CSF, which was as follows: “I don’t think it was a race set. You can’t attack so much and it can’t be that Pecco who started second and Nakagami who started from much further back on the grid could get there to touch Pecco’s rear wheel with his head, no I explain it to myself. That is not a race set and I consider that in the first laps we all have to be… How to say it, aware that we are here and we have 160-kilo motorcycles and that if we have a blow we can have problems, we can kill ourselves. Those are the most dangerous places for us at the start, when everything is coming back together and after the first lap there is less risk.”

The MotoGP grid in 2022: six bikes look for an owner
MotoGP returns to normality in its 2022 calendar
Classification of the MotoGP World Championship before the Grand Prix of Catalonia
MOTOGP 646

Loading...
Newer Post
NBA Finals 2022: Jordan Poole, the player nobody believes in, discovers his “infinite shooting range” in the NBA Finals
Older Post
Argentine football is in mourning: a Boca fan died in the middle of the match | Football