MotoGP : Repsol Honda is the moral winner of Qatar 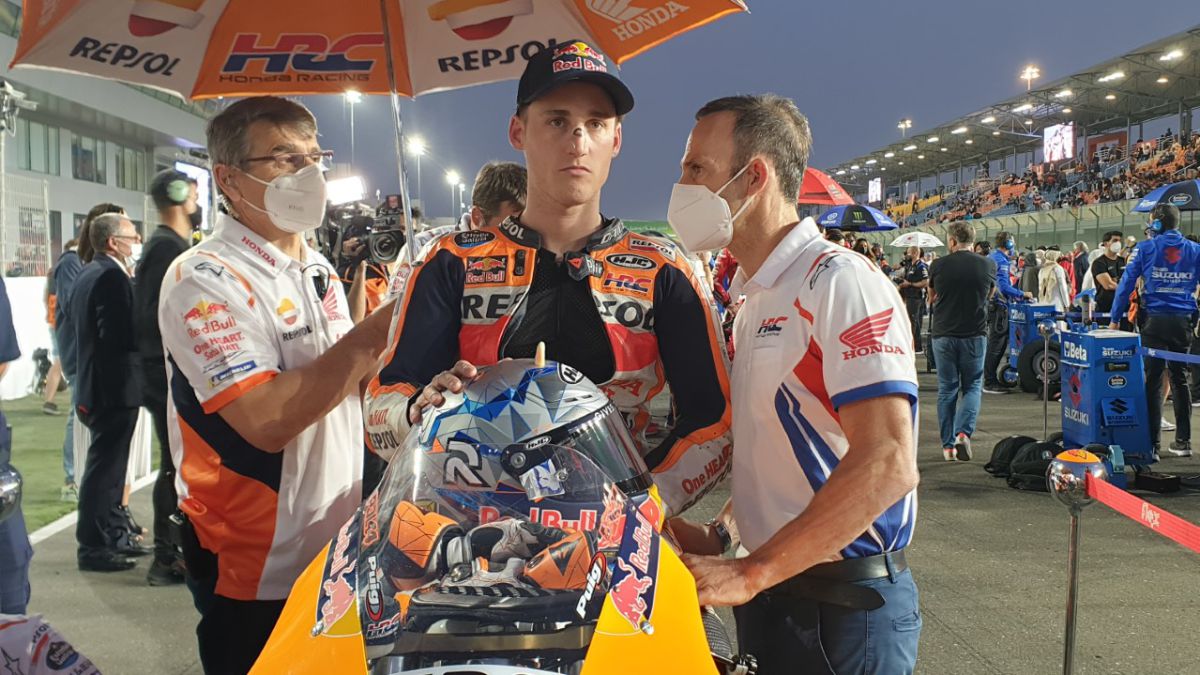 The MotoGP race in Qatar was won by Ducati through the work and grace of Bastianini and the one who crossed the Italian’s finish line the closest was Binder on the KTM. Well, though he may seem like nonsense, the moral winner of the first round of the season was the Repsol Honda, to whose box the joy returned after the race as it had not been seen for a long time. Albert Puig, main team of the official team of the golden wing, left AS before leaving the circuit a phrase that summarizes his state of mind and that of the entire troop: “We’re back!”.

Pol Espargaró’s third place and Marc Márquez’s fifth say much more than what these results alone indicate. Polyccio he led for 17 laps and fingered his first MotoGP victory. Had the rear soft Michelin that he mounted on his Honda not collapsed, it might have been able to withstand the push of Bastianini and Binder, who opted for the medium compound. First, second or third, what the man from Granollers confirmed with his performance is that the new Honda is how he intuited a motorcycle for all audiences and that he has it in hand from the beginning.

As to Marc took a very positive reading of his performance, above all, because it didn’t hurt at all after getting off the bike for the first time in almost three years and because he knows that these first 11 points added up are worth a lot with a view to fighting for the title until end of the year. As he himself said later, championships are not won or lost in the first race, but it is much better to start like this than their most direct rivals have done in the fight for the title.

Except for a hyperbolic surprise, neither Bastianini nor Binder nor Aleix, who finished a magnificent fourth place with the Aprilia, should be Márquez’s main opponents on the way to his long-awaited ninth title. Yes, it could be Pol, but that is something that they sign right now in the ranks of Repsol Honda, happy in addition to their good start for the bad of their main competition.

The official Ducati team was shipwrecked as it had not been remembered for a long time. The weekend started strange for them when Bagnaia asked on Thursday that the evolved 2021 engines be sealed for their motorcycles and not the new engine, the one from the 2022 version that Marini’s Desmosedici and the Pramac riders, Martín and Zarco, do have. . His colleague Miller, by regulation, also has that engine derived from last year and with it the problems began in the red box, having to retire due to a breakdown in the first laps. A few later, Tardozzi and his men put their hands on their heads in the box when they saw how at the end of the straight Pecco fell and took Martín to the ground with him. The man from Madrid, by the way, surprisingly did not take advantage of his status as poleman and lost positions at the start.

And in favor of Honda also played the bad role of Yamaha, with a Quartararo that has started the defense of his title with a weak eighth position, after losing with Zarco the seventh on the same finish line, which he crossed shaking his head . Last year the Frenchman won the second race held in Qatar with a time just two tenths slower than he posted in last Sunday’s race. The winner, on the other hand, was eleven seconds faster than the day Fabio won last year. With that, all is said about how little or nothing the Yamaha has evolved this winter… And all of this is to the benefit of Marc Márquez, Repsol Honda’s greatest title hope ever, although this time with a Pol Espargaró who is willing to join that party. It is normal for Puig to say that they are back. Finally.

Loading...
Newer Post
Marcus Armstrong ‘Not Giving Up’ In Formula 1 Seat
Older Post
NBA: Nikola Jokic: white, European, slow, without jumping ability… and the most dominant player in the NBA