MotoGP returns to slipstream of the drama 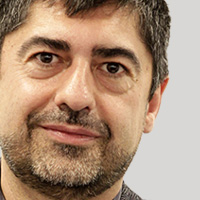 The MotoGP World Championship has resumed activity in Austin with the security debate in the spotlight. Maverick Viñales has given up racing, stil

The MotoGP World Championship has resumed activity in Austin with the security debate in the spotlight. Maverick Viñales has given up racing, still devastated by the death of his 15-year-old cousin Dean Berta, due to an accident in Jerez a week ago. Was the third victim in similar circumstances in just four months, after Hugo Millán, 14, and Jason Dupasquier, 19. The accumulation of cases in such a short time and the age range of the deceased so young lead to reflection. The opinions of the pilots of the premier class affect three ideas. The first, obvious: motorcycling is a risky sport. The second, hopeful: security has improved enormously in recent years. The third, symbol of impotence: the solution is complicated, especially when tragedies happen due to the hitting of other pilots once on the ground. In this sense, there is something that can be done: lower the grill. The SSP300 race where Berta competed had 42 participants, 30 from Moto2 and Moto3, and 22 from MotoGP. Too many.

Dorna, who organizes the MotoGP and Superbike World Championships, as well as promotional races, you have already written down that remedy, together with a telematic alarm that warns the rest of the pilots of the falls and the increase of one year of the debut of the competitors. They are steps to move forward. On a motorcycle there will inevitably be misfortunes, because the risk is inherent to the speed, but it is about reducing the danger. The human factor will always exist. And nothing makes unpresentable statements like those of Michel Fabrizio, who blames Marc Márquez for a bad example, because young people want to imitate his riding. Of course! In every sport, kids want to emulate champions. Not the losers. On an issue as sensitive as security, there are more serious debates to grapple with.