MotoGP: Rossi would see a great Bagnaia title with the Ducati 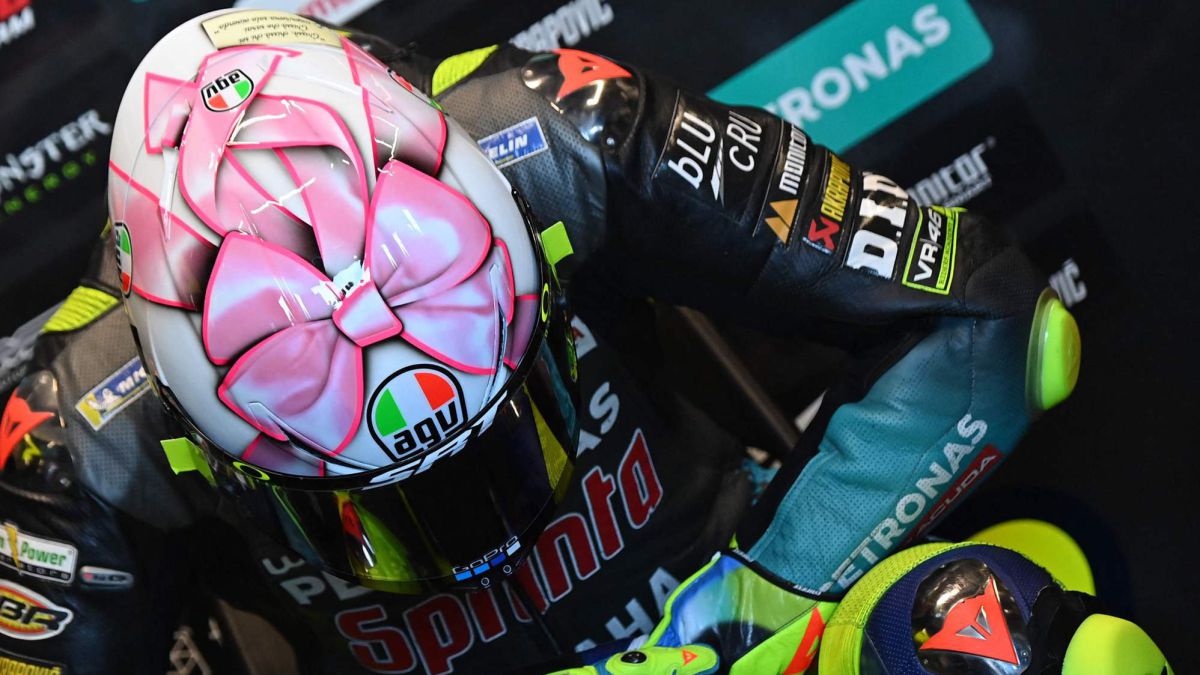 Although his result is nowhere near what he and his legion of followers would like, it is still a pleasure to hear from Valentino rossi talk about

Although his result is nowhere near what he and his legion of followers would like, it is still a pleasure to hear from Valentino rossi talk about careers, and life, because this time when explaining the meaning of his new helmet he has assured that he has no interest in getting married. He will start 23rd, penultimate, in the San Marino GP race after a day in which he hit the ground twice.

Balance: “My pace is a little bit better than what my classification says. With used rubber it is not so bad. I was optimistic for Q1, hoping to be able to do some good laps, but the tough striker is always very, very difficult. I have fallen again and I will be very bad on the grid. I will try to go out well and make some overtaking ”.

The falls: “The problem is that the tough front is better braking, but on the left you are always on the limit, especially in Turns 6 and 15.”

Marquez’s injury compared to yours: “It’s very different. I had a shoulder injury and it took me about six months to get to my top ”.

Marco Simoncelli: “I miss Marco so much. He was my friend and he was very, very funny. We had great times together. It was very funny. I also miss the rider, because Marco had the chance to ride with the factory Honda, with the thousand, which was a better bike for Marco’s dimensions and could have fought for the title, which we would have enjoyed a lot. For my academy it is an honor that the first driver we helped was Marco and this is because of him. It’s not a big deal and we’d rather have him with us, but it’s what we do. “

Performance conditioned by withdrawal ?: “It is not a choice to reach the end of your career and I will try to do my best until the end. Unfortunately, I made a mistake, but I’m going to try my best, improve my pace and finish in the top ten. I will not do anything crazy, but I will try to do my best to achieve the best result that I can. I’m very frustrated with the crash in the afternoon, because after FP4 my pace wasn’t that bad. I thought I could try to get a good lap in Q1. I’ll try it tomorrow ”.

The Cairoli withdrawal: “We have similar careers. Tony has made a difference for a long, long time in motocross. The toughest sport is motocross and he has won nine titles, dominating at times the entire season. It has been a great pleasure to follow you. I know him personally and it’s a shame, because I thought another season would follow as this year is very fast. He can finish second and he thought he still has good results, but motocross is very tough. I wish you good luck for the rest of your life.

Can Bagnaia or Morbidelli be the new Rossi ?: “These are good times for Italians in MotoGP. There are them and my brother and Bastianini, but I think that Pecco and Franco can go out to fight for the World Cup next year and Pecco can still try this year. Also, race with Ducati. An Italian pilot on an Italian motorcycle, something bigger than that is difficult and it can be like a Ferrari pilot who starts on pole at Monza and is Italian. It is the apotheosis of Italian motorcycling. The followers must come en masse ”.

His pink helmet: “The helmet is an interesting idea. We have caught a famous song in Italy called Con il nastro rosa (With the pink bow) by Lucio Battisti, who is one of the most famous singer-songwriters in the history of Italy and has this unforgettable song. Actually, it does not speak of a girl but of a boy who is about to get married, but we have made it ours in honor of the girl who will come. The song talks about Who knows who you are; who knows what you will be; we will discover it only by living. She talks about marriage, but I thought it was nice to make her ours. If I’m going to get married? I’m not really very interested in it. The helmet is for the girl. If we have a name for her? Not yet. We will decide in the end, how I like to do things ”.

5 fascinating facts about the Red Bull Ring
Lammens formalized the return of MotoGP in Santiago del Estero
Today’s MotoGP schedules | What time are the races and qualifying for the San Marino GP?
MOTOGP 217

Loading...
Newer Post
The corruption of Colombia becomes famous in the MMA of the United States
Older Post
Anthony Joshua vows to join an Amazonian tribe after retiring from boxing and promises that the Tyson Fury fight will take place in Great Britain.