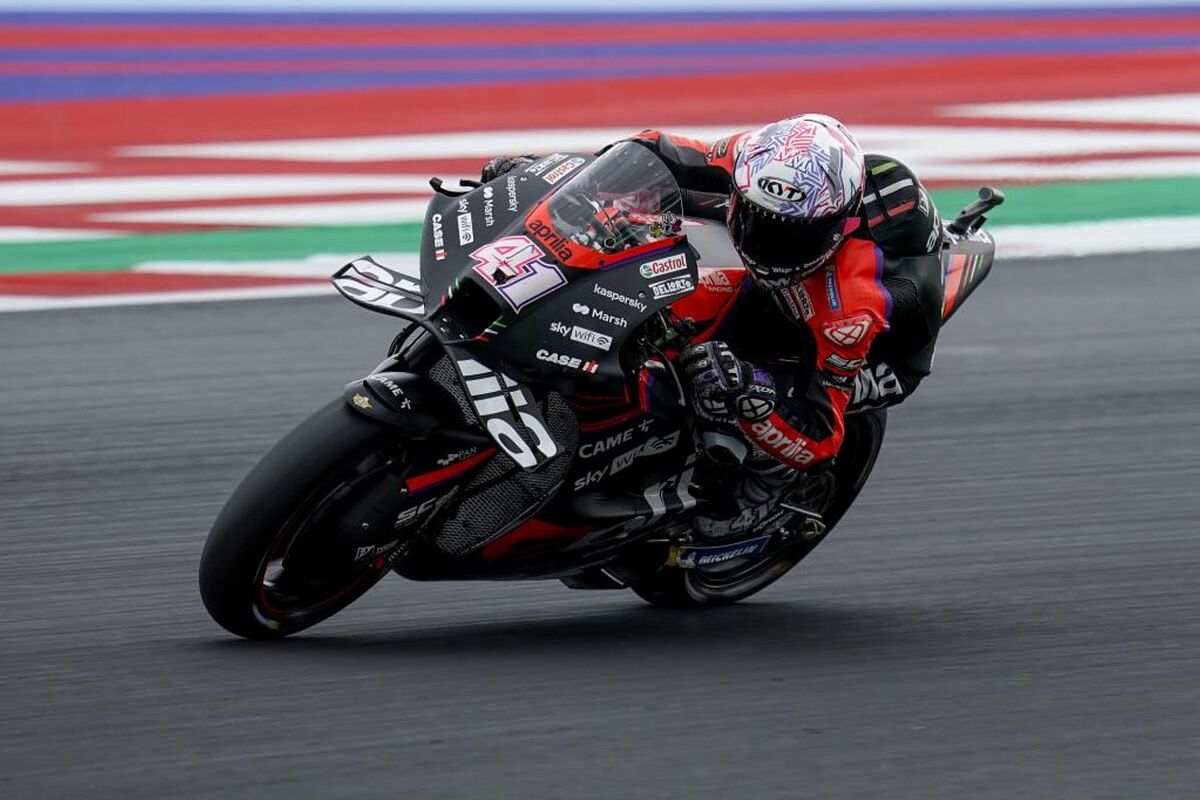 Alex Espargar did not make a drama of ninth place on the grid in Misano. He is confident of coming back... and in future races despite starting be

Alex Espargar did not make a drama of ninth place on the grid in Misano. He is confident of coming back… and in future races despite starting behind Bagnaia, Quartararo and numerous Ducati.

Summary of the day

“It’s going to be difficult starting from the third row, but I think we did a good job today because I changed the bike a lot trying to find, above all, more stability under braking and we found it because in the fourth free practice I was competitive. We have a good pace with rubber of the race. I’m delighted with the progress, but obviously with the conditions I didn’t find enough confidence to push and fight for pole. So I’ll have to come back tomorrow.”

“I’m starting ninth, but I’m delighted. In the fourth free practice we had an amazing pace. Maverick and I were the best, besides, we were the only ones to mount the tough front. The Ducati wall is there, that’s why the start is going to be very important. I’m obliged to gain three or four positions at the start”.

Think of the World Cup.

“This is MotoGP, when you’re not careful you lose three positions. We know, it’s super hard. To fight for the title, you need to use your head. It’s not the end of the world, it’s just a qualifying session. If I hadn’t had anything to do losing, I would have risked more. But that’s the way it is: I accept this position and the race is tomorrow.”

“The pace we had in the fourth free practice was quite fast, which gives me confidence, especially for the second part of the race. My tire degradation is very low. I was competitive in many laps. We can have an advantage at the end Try to be focused and not make mistakes at the beginning because the race will be decided at the end.”

“You have to use your head because the Valencia GP is close by and there are many races coming up, so tomorrow you don’t have to go crazy.”

Loading...
Newer Post
ComicCon 2022 in Chile | Are there tickets left for the event? | Know if there will be a second presale
Older Post
Godsmack Chile 2022 | When and where is it? | Where and when to buy tickets?