MotoGP – San Marino GP 2022: Aleix Espargar: “Rival Bagnaia? Do you want to be first or second?” 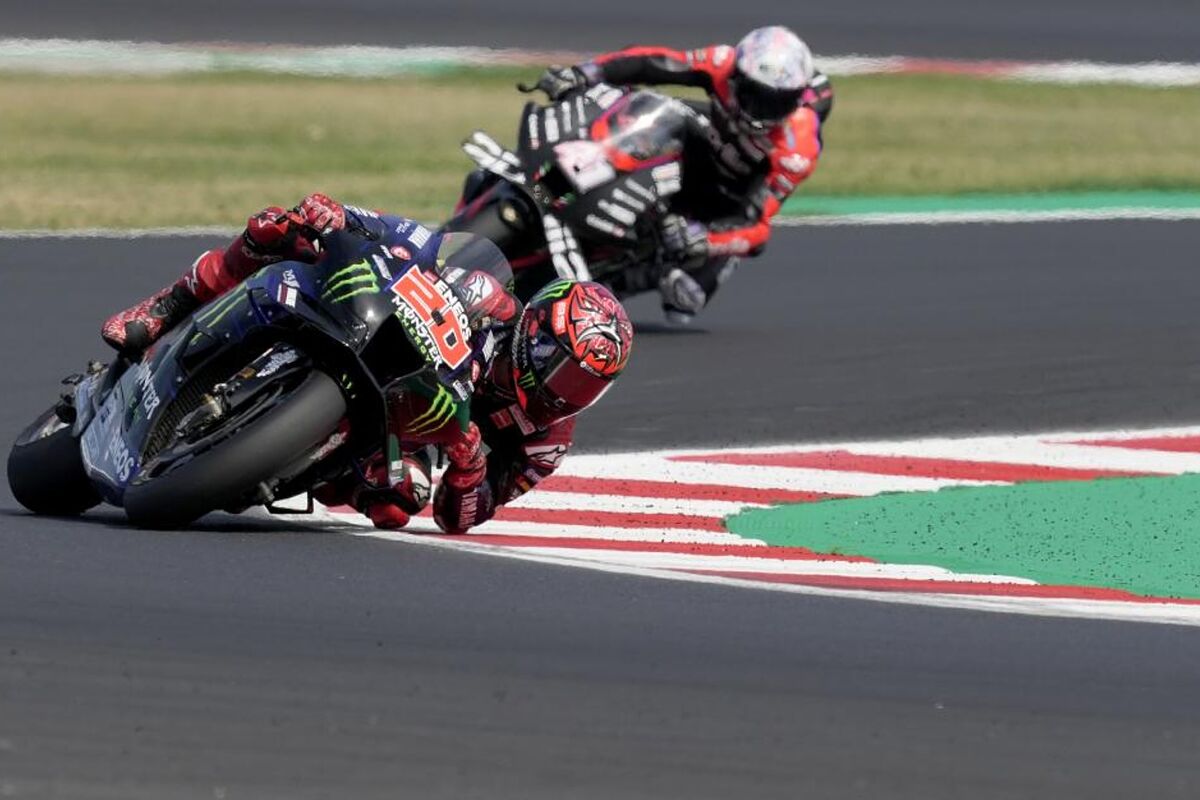 Alex Espargar don't lose faith. Not even sixth place in Misano makes him think that the MotoGP title is more complicated. He still thinks that hi

MotoGP – San Marino GP 2022: Aleix Espargar: “Rival Bagnaia? Do you want to be first or second?”

Alex Espargar don’t lose faith. Not even sixth place in Misano makes him think that the MotoGP title is more complicated. He still thinks that his opponent will be Quartararo and not Bagnaia, despite the Italian’s four wins in a row.

“Well, well, satisfied with the result. The truth is that I have not been very competitive throughout the weekend. In the race, I have not felt bad, especially the first two thirds I have been competitive. Not enough, Surely. There was a moment when I thought I could catch Fabio. I haven’t been at the level of Maverick. He is always very fast at Misano. In the changes of direction he couldn’t keep his speed. I already said it at the beginning of the year, that Austria and Misano, these two in a row, worried me a lot. Two sixths. Before Assen I was at 32 points and now I’m at 33. You have to be positive”.

“I should have started later. I had a really good start, but I think if the first few laps I’d been there, third, fourth in the group, ahead of Maverick, maybe I would have held on because there were 15-18 laps where at the same, identical time as them. So we know that in MotoGP, if you don’t do well, you’re sold”.

“We have a good engine plan, there are quite a few fresh engines. There are races outside of Europe in which we have been, perhaps, more competitive than the Yamaha and the Ducati, so I am very positive. If we have saved, within everything. “Obviously, I would have liked to recover points, but we’ve been through two very difficult circuits and I’m still 33 points behind. It’s not very much. I’ve done something right so far to be 33 points behind the leader at this point, so we’re going to trust.” .

“Perfect. 33 points behind the leader. What do you want to do second or first? Well, that’s it. 33 points.”

Loading...
Newer Post
F1 results: classification of the GP of the Netherlands and this is how the World Cup goes
Older Post
Former boxer George Foreman sued for sexual abuse of the daughters of his former partners