MotoGP sets dates for its tests 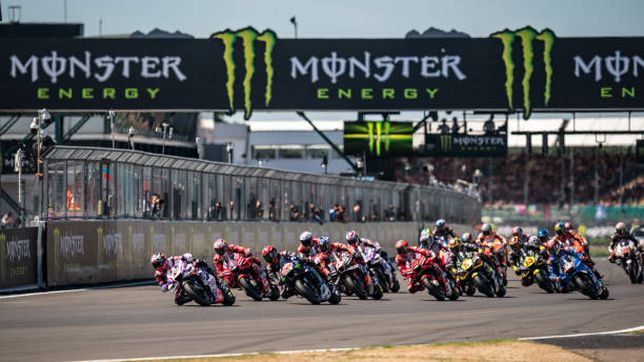 Just a few days ago they set a date for the start of the 2023 course and, now, MotoGP confirms its preseason tests. Some dates that, for the momen

Just a few days ago they set a date for the start of the 2023 course and, now, MotoGP confirms its preseason tests. Some dates that, for the moment, are still provisional, but that already show the intention of the World Cup for the preparation of the next course. The usual tone of these tests does not change much, which will begin with a few days in Sepang. Of course, instead of traveling to Qatar, as has been the tradition since 2006, this time the motorcycling caravan will head to Portugal for one last test before kicking off the competition on the same track.

Just as it was confirmed a few days ago, MotoGP says goodbye to Losail momentarily. The Qatar Grand Prix is ​​no longer the inaugural event this coming 2023, when they will visit the Qatari desert at the end of the year, due to the works that are being carried out on the circuit to improve its conditions. In fact, it is not part of the current 2022 calendar either, also influenced by the World Cup, which has the entire country on edge until November. In this way, they also lose their MotoGP pre-season tests, which will be moved (as is logical) to Portimao, where they will start the course on March 26 with the first race of the year for the three categories. This 2022, due to Thailand’s entry into the calendar, Qatar did not host its tests either, which were moved to Mandalika.

Despite the fact that the World Cup will start later than usual, the dates of the first pre-season tests are not very different from what has been usual. At least temporarily. The Sepang International Circuit, in Malaysia, will first host the Shakedown Test, intended only for test drivers from the different factories and for rookies in the category, from February 5 to 7. Then, just a few days apart, Sepang will host the first MotoGP test. It will be three days, from February 10 to 12, with all the drivers already on the track. As a final point to the season, the premier class will have two last test days in Portimao, just one month later, on March 11 and 12. In addition, Valencia will also host some tests, the first, this November, with a day after the Comunitat Valenciana GP. On the other hand, Moto2 and Moto3 will also have their preseason in Portugal, from March 17 to 19.

MotoGP rider Andrea Dovizioso will retire before the end of the season
MotoGP: Calendar, schedules, riders, results and classification of the 2022 season
GP Argentina MotoGP 2022: Crivill: “KTM has a tandem of top riders”
MOTOGP 796