MotoGP – Spanish GP 2022 | Jerez: The push and pull of Quartararo, with Oliveira in the chamber 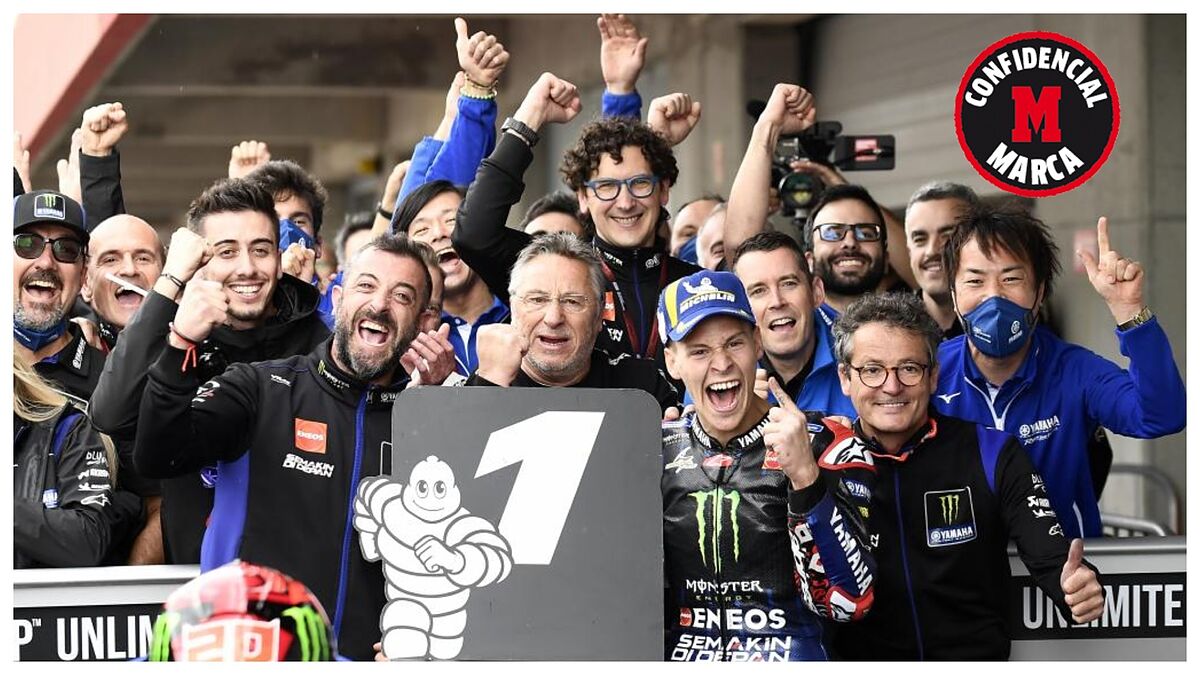 fabio quartararo has become one of the key men in MotoGP on the track -he is the leader- and off it -his renewal with Yamaha is still up in the air-. The market for 2023 is stopped on different tracks due to the push and pull that the Frenchman has with his brand… since the end of 2021, when they already began to talk about his future.

Those of the fingerboards found themselves with some economic requests that they considered unaffordable. All the brands are arguing to the managers or pilots that the economic situation due to the long pandemic and now with the crisis due to the Russian invasion of Ukraine, they are going to cause salaries to not be as high as in the past. For this reason, when the Frenchman got off the hook with charging two very high figures in millions of euros and being the second best paid, after Marc Márquez, the Japanese were scared.

During the winter, his manager, Eric Mah, has had several talks with the directors of Yamaha and has been lowering his claims. At par, has contacted other brands: Ducati, Suzuki and Honda. The change would not be easy. In the Italians, they only need to place their ‘chromes’, they trust what they have. The big question is who will go with Bagnaia in the official, with Jorge Martn and Enea Bastianini in the fight. In Hamamatsu, the intention is to renew Mir and Rins and in HRC, there could be a gap if Pol Espargar does not continue, but they would not assume two such astronomical salaries, since Marc has a contract until 2024, for more than two figures. “Pol’s renewal? Honda won’t make a decision until June“Alberto Puig said on DAZN.

Meanwhile, the pilot, Fabio, has been wielding sports arguments to squeeze the Japanese: he asked for more power and it was not brought, when another motor with 4 in a row, Suzuki did get it. In Portugal, after winning, they alternated sticks and praise at home. “We lack top speed, but our bike is fantastic. Apart from the top speed, I couldn’t say anything where to improve, because it turns very well, the braking stability was good… the bike is working super well”, he praised. But… “The bike works in a way that if it doesn’t work you can’t be fighting for these types of positions. I felt much better at this circuit and that’s it, but nothing has really changed. We haven’t made any big improvements. on the bike, we already know how it evolves”, he added.

Yamaha has also moved in the offices. Despite the fact that their priority is to renew the Frenchman and they have assumed that they will have to scratch their pockets a lot, he has already spoken with Paulo Oliveira, father and agent of Miguel Oliveira. The Japanese have long liked Portuguese, as they have already tempted it in the past. the lisbon has stopped its renewal offer with KTM for a long time in case another opportunity like this comes up.

However, from the Austrian ranks they are going to squeeze him from Jerez. As is ‘tradition’, its CEO, Stefan Pierer, travel to plan the future. They count on him, but… The movement in a ‘piece’, that of Quartararo, can bring about a domino effect.