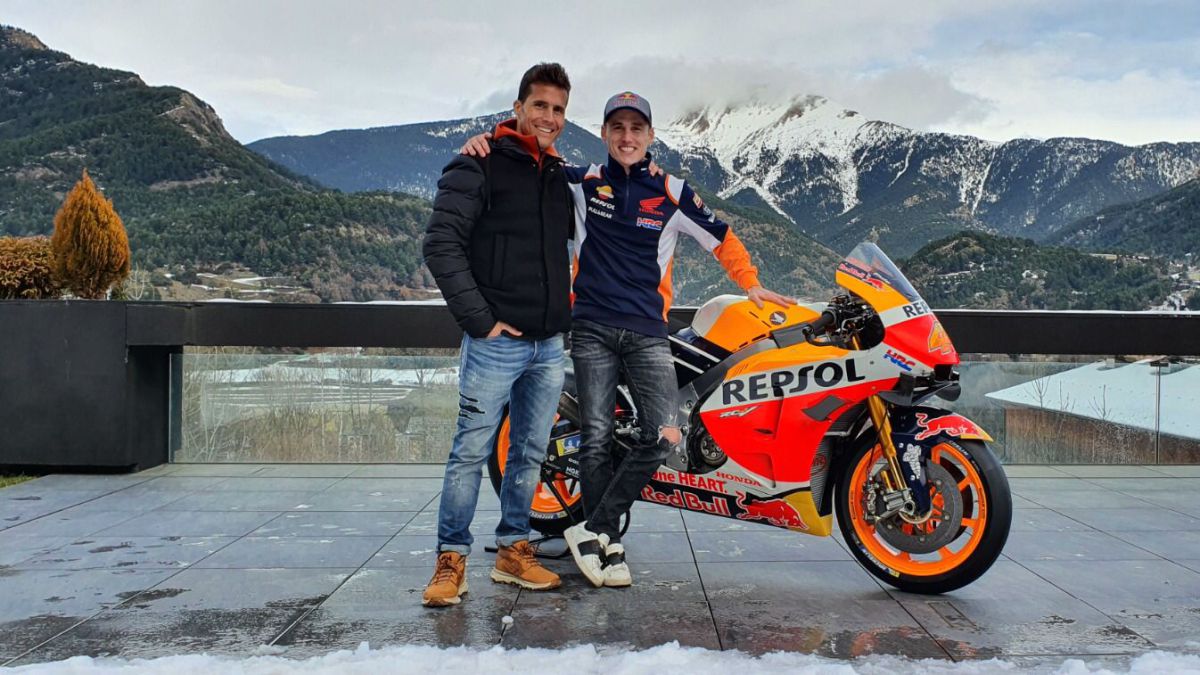 Pol Espargaró is represented by Homer Bosch, with whom it was mandatory to speak at Le Mans after doing so with Paco Sánchez, who is the represent

Pol Espargaró is represented by Homer Bosch, with whom it was mandatory to speak at Le Mans after doing so with Paco Sánchez, who is the representative of Joan Mira, the rider who poses the greatest threat to the continuity of the rider from Granollers in the Repsol Honda box as Marc Márquez’s box partner. His point of view is also very interesting, still waiting for some communication from the golden wing, either for better or for worse.

-Beyond Mir and Rins, for obvious reasons, could Pol Espargaró be the biggest victim of Suzuki’s fright?

-The truth is that if. The Suzuki thing was not expected by anyone. He turns the entire pilot market upside down again. We continue as usual, with a very good relationship with Honda. Nothing has been communicated to us and the intention of both parties is that Pol can stay in the Honda project.

– Have you started talking at some point about the renewal?

No, we haven’t started talking about anything in particular. Obviously, Honda wants to keep a rider like Pol, which right now is the only podium that Honda has so far this season, for now. He is one of the fastest drivers in several sessions, without going any further in the first one on Friday at Le Mans, just yesterday, and in each grand prix he is seeing himself. They have an interest in keeping it.

-It doesn’t bother you then that Mir and Rins have knocked on Honda’s door? Puig himself has acknowledged that they have received his calls…

Well, it does worry us, obviously. We are now teammates with Marc Márquez, which is something we liked at the time, and from now on many things can happen, but not to worry us. I see Pol very concentrated and focused on what he has to do, and that’s it.

-Many things can happen, he says. What are the scenarios that are considered?

-There are other factories interested in Pol, because he is one of the most talented guys on this grill. He is demonstrating it and there are signs of interest from other factories. Not one but several.

-Interest or even ongoing negotiations?

-No, no negotiations. We could say contacts, some more advanced than others.

-I tell you one, KTM

-How many Hondas are actually available? Marc’s is yours at least until 2024. And the others?

-I don’t know that Alex’s is insured, so there are three Hondas still at stake.

-What is the biggest threat to Pol’s continuity at Honda, a possible arrival of Mir, the rise of Ogura or the continuity of Álex?

-The truth is that I couldn’t say. We have not been informed that there is any threat. We have never been told to look for another option because there is no room here. We have been told that the intention is to continue. Therefore, threat could not say.

-What does Pol’s continuation at Honda depend on?

-When the firm proposal arrives from Honda and what the other factories propose. From there he will choose what his future is.

-Can Pol convince Honda to keep him where he is with results on the track?

-It’s that Honda has never questioned Pol’s evolution, never. It is not a question of this.

-What is it about then?

-I don’t know, maybe also his age (30 years old). Or what has happened. It is that a meteorite has fallen. When can a meteorite fall? Never, but sometimes it happens, and this has happened.

-And it breaks everything.

-How many years have you been in the paddock?

-Is it the most delicate or difficult moment to manage since you’ve been here?

-No, we closed a pandemic agreement with Honda blindly, by phone, sensing what the others were doing. Here you see them, they inform you, they tell you. We have always been the same with Pol. When he left Yamaha, more of the same. It is neither more nor less.

-Are you sure that Pol will continue on this grid? It would be a sin for me to stay out of it.

-Yes, I am convinced.

-The SBK I imagine you contemplate them, right?

-Pol is a worker. He is focused on his work and he dislikes that, when things are costing as they are costing, well, he cares in that sense, but not in the negotiations. He is doing his job and he gets angry when he has to get angry, when things don’t work out. I see him very focused.

I thank you for this interview. I wanted his point of view for AS because we have already published that of Paco Sánchez, who is Joan Mir’s representative, and it was legal to speak with Pol’s, because his Honda is the most tempting motorcycle on the market. Thank you very much.

-I can understand it and no, because the Honda is a very complicated bike and you can see how Marc is suffering, who couldn’t in Jerez and gave his one hundred percent, like in Qatar and he didn’t make it either. Oysters, you have to think twice.

– Is that a message for Mir, so that he reads this interview and thinks about it?

-(Laughter). I just say this and leave it there.

Schedule and where to watch the Portimao Grand Prix on TV and online
MotoGP – GP San Marino 2021: Mir throws in the towel
MotoGP 2022: drivers, teams and grid of the Motorcycle World Championship
MOTOGP 539