MotoGP: “The most logical thing is for Maverick to return at Silverstone” 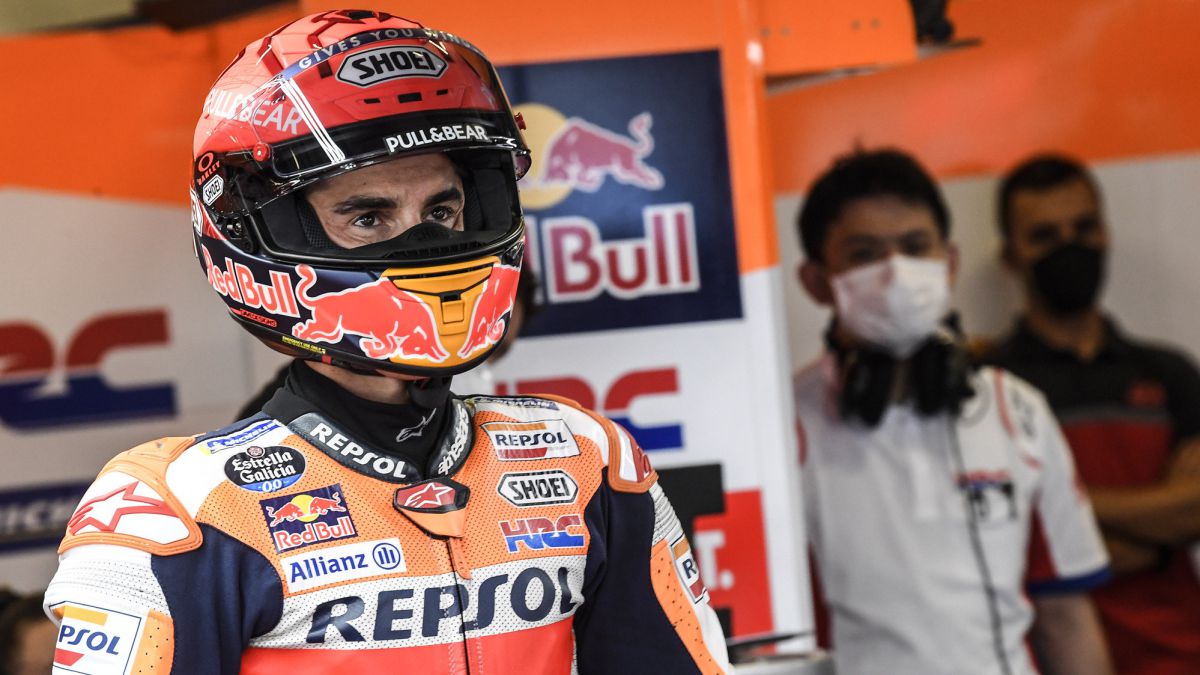 Marc Maquez he qualified fifth for the Austrian GP grid. He has talked about his feelings, Martin's explosion and Maverick's request for forgivene

Marc Maquez he qualified fifth for the Austrian GP grid. He has talked about his feelings, Martin’s explosion and Maverick’s request for forgiveness.

-Fifth on the grid for tomorrow. Sensations?

-Our real position today was to be from 7 to 9, third row. There was hope to do well and in the end we finished fifth. We have succeeded and that will help us a lot, especially at the beginning of the race, first corner and those first few laps so as not to waste so much time and not make mistakes. Try to hold out as long as we can. We have no rhythm to win the race, we have no rhythm to try to finish on the podium. Do we have the rhythm to finish in the top five? I would say six, to be in the top six I think it will be a good result.

-Why has the FP4 been the fall?

-Because I fell. Sometimes there is no explanation, but I was pulling, I was riding with a used tire on the back and I was pulling to try to get a good rhythm. It is a point where I already fell last week, but it is a point where I have to be very concentrated and keep the weight behind, because when there is a slight movement of the bike I immediately give in, I beat forward, Because you put more weight on the front wheel, and I let myself fall. It is one of the limitations we have, but tomorrow there are 28 laps and we will have to be very, very focused on these braking to avoid sudden movements and maintain position.

-How difficult to manage a career like that, right?

-Okay, yes. It’s difficult, that’s why it’s also hard for me to have a rhythm, to do consecutive laps in practice. I always save a little bit for the race because if you arrive cooler it will be better and these two weekends we have worked very well, but yes, it is difficult, because also my riding style was always improvising, trying to save no matter what happened. even if there was movement to enter the curve, and now I can not do it. I have to go much finer, even this can be seen from the camera, from the outside and although it is difficult you have to adapt and tomorrow, when it is better to do a combination.

-Do you suffer more from your physical condition or from the motorcycle?

-It’s a bit of everything in general. If I focus on the Honda riders, braking I am still the strongest, although I do not make as much difference as before and, that is true, it is because I do not feel one hundred percent physically. Above all, because I do not feel so constant since before I made a difference in each lap and now when there is a small movement of the bike I am not capable. I go the same as the other Honda riders, but I am not able to make a difference at that point and especially also in the changes of direction from 7 to 8. Some laps I am well positioned towards eight and some laps, no. That is where I also feel that I am not always precise and constant. The bike is evolving, but it still lacks, if being one hundred percent physically I’m still the best Honda or the fastest it means that the bike is lacking, because the other riders go fast, Pol goes fast, Alex goes fast, Nakagami Also, but we’ll see why in the race it will probably cost me more, but in one lap practice here I am able to get it out well “.

-What do you think of Jorge Martín?

-Jorge Martín is doing a great job and is being very fast, he already showed it in Qatar by making that stratospheric pole, like the one today, and even doing a very good race and leading most of it. Last week he had a perfect Sunday, a perfect race and tomorrow I think he will do it again, because he is the one with the most pace and the one that goes the fastest. Then we will have to understand his level in other circuits. Here already in Moto2 it was very fast. I remember that they took away the victory for stepping on the green, but he was the fastest, so it will be necessary to understand perfectly if in Silverstone or in Aragon he is still just as fast. If he’s still as fast, then he’ll be a clear title contender for next year.

-Maverick Viñales has asked for forgiveness. What do you think should happen from now on?

-I think Maverick has done the right thing today, what he should do. The behavior that he had last week logically did not seem good to Yamaha. He put himself in danger, because serious things can happen if you ride a MotoGP to the limit, but apart from all this I think he did the right thing. I think the most logical thing is that at Silverstone I get back on track with Yamaha and the season ends. If I were him I would try to end a good relationship as far as possible since you never know in the future. He is very young and has a long career ahead of him and all these actions can penalize you in the future so if he has rectified I think it is good and he will surely take it into account for the future.