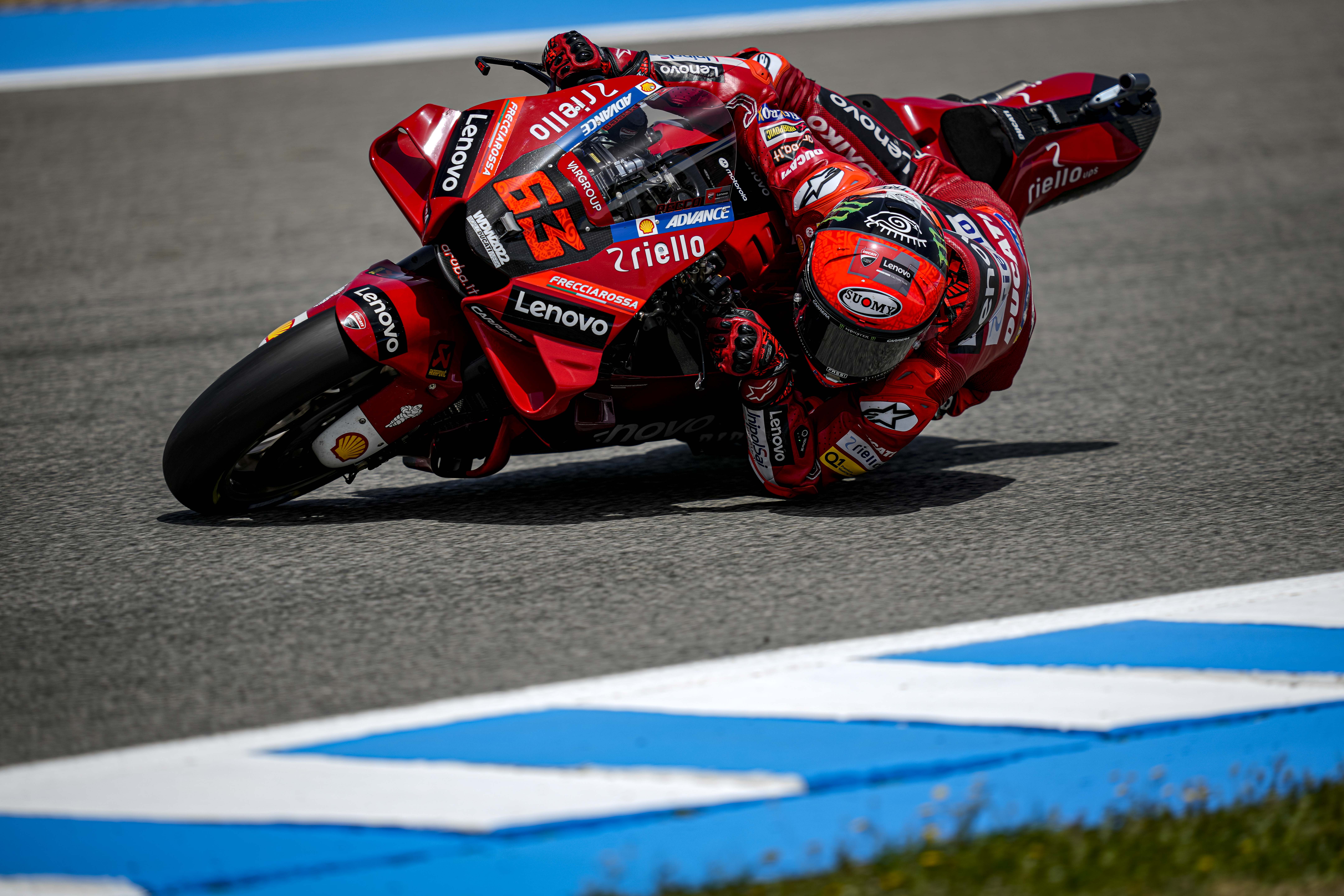 Furthermore, at the Dutch GP held in Assen, Yamaha has been performing well lately, with three wins in their last four visits, includin

Furthermore, at the Dutch GP held in Assen, Yamaha has been performing well lately, with three wins in their last four visits, including the last two thanks to Quartararo and Maverick Viñales.

The French rider Fabio Quartararo (Yamaha) will try to take advantage of the Dutch Grand Prix, the eleventh round of the Motorcycle World Championship that is being held this weekend at the Assen Circuit, to go on vacation with a smile and half a title in the pocket.

‘La Catedral’ will be the scene of the last race before the grid takes a ‘break’ until the beginning of August. Fabio Quartararo knows that, no matter what happens at the Dutch GP, he will return to Silverstone (England) as the first classified in MotoGP.

The qualifying session for the Dutch Grand Prix in the MotoGP category, which takes place at the Assen Circuit, will take place at 2:10 p.m. (Spanish peninsular time).

The sanction imposed on the Spanish Aleix Espargaró for using a spoiler under the swingarm of his Aprilia RS-GP when he was using dry tires on the front and rear wheels of his motorcycle, leaves him without time and therefore out of the practice classification in the first day of the MotoGP Dutch Grand Prix at the TT Assen Circuit.

Aleix Espargaró has been penalized with the loss of the times he achieved in his third outing on the track during the second round of free practice, the only one that was played on dry asphalt, which relegates him from the second position he occupied, after the Italian Francesco “Pecco” Bagnaia, last, actually out of the classification, as it indicates that the Aprilia rider is “without a valid time”.

The French Fabio Quartararo is showing in each grand prix that he faces a solvency that consolidates him as the leader of MotoGP and now he arrives at the TT Assen Circuit, a track that could be classified as a “friend” where it is disputed, since the start of the world championship in 1949 and without interruption, the Grand Prix of the Netherlands.