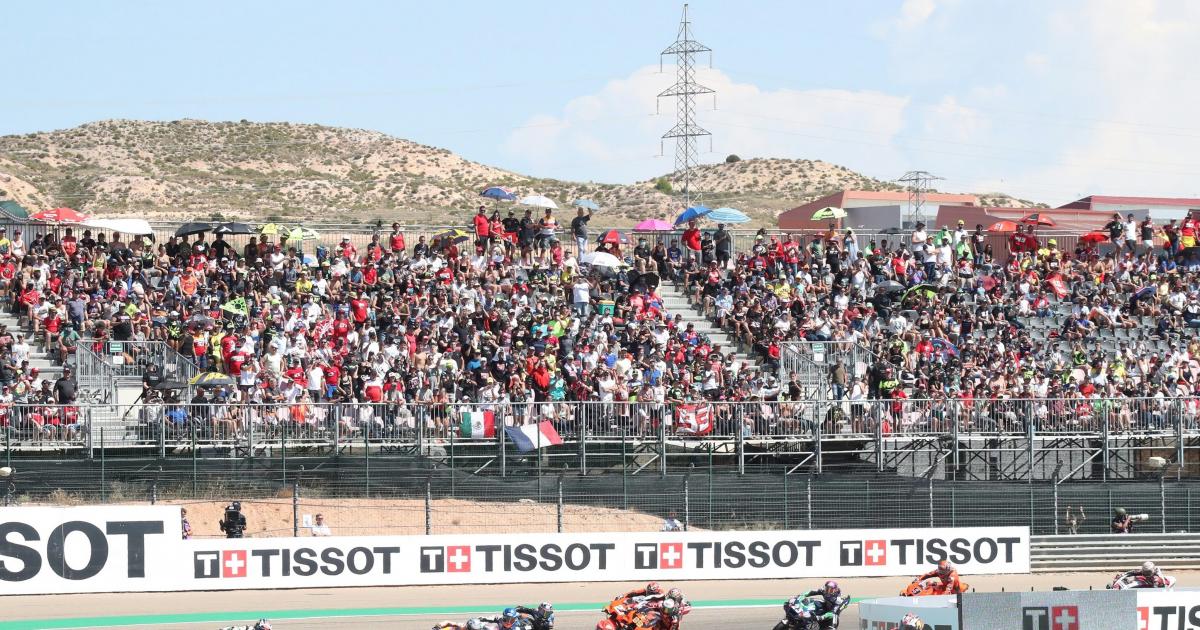 Motorland has opened this Monday the sale of tickets with reduced rate from 45 euros for the Aragón Moto GP Grand Prix, which will be held from September 16 to 18. This first advance sale period on the event’s official website (www.motorlandaragon.com) will last until August 1st. The second pre-sale section will be from August 2 to September 15 and from that day the box office period will open with an additional last minute surcharge.

Of September 16 to 18, the box office period will beginadult tickets will be sold with a surcharge of five euros and those for children and seniors of two euros.

As before, attendees will be able to cheer on their favorite GP drivers in different areas set up for Rins, Márquez, Jorge Martín and Viñales. In addition to Fermín Aldeguer from Moto 2 and Jaume Masiá from Moto 3.

The rates for the Moto GP Grand Prix will depend on the location of the grandstand and the period in which the purchase is made. In Grada 1C, located in the first corner of the circuit, the ticket for the three days will be 110 euros for adults and 55 for children-seniors until August 1, while from then until September 15 the prices will rise to 120 and 60 euros, respectively.

While the Stand 3C, located in one of the curves of the route, and in the 7which is a panoramic grandstand, the prices will be 100 euros for adults and 50 euros for children-seniors in the first sale section, while in the second, its price will increase to 110 and 55.

According to the Grada 3B, which has a giant screen and a service area, the rates are 90 euros for adults and at 45 for children-seniors in the first section and at 100 and 50 for the second.

The ‘pelouse’ 4 and 6, will be 45 euros for adults in the first sales section and 50 euros In a second. The ‘pelouse’ 4 is located in the highest part of the entire circuit, while the ‘pelous’e 6 is at the end of the one kilometer downhill straight line that gives a view of the braking to enter the curve .

Children under 14 years of age and those over 65 will have free access to the ‘pelouse’ areas and for the rest of the localities they will be able to acquire them at a reduced rate. To receive the discount, you must be in one of these age groups on the date of the Grand Prize, not the date of ticket purchase.