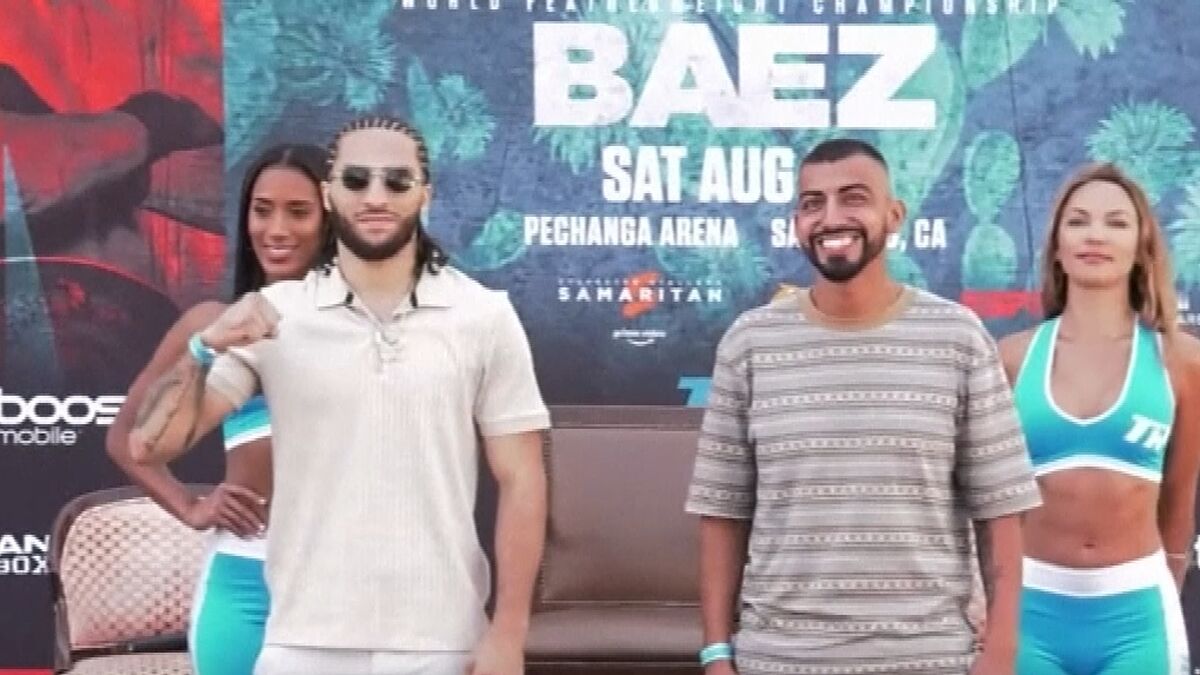 NNico Ali Walsh, the 22-year-old grandson of Muhammad Ali, hopes that he will do better than to his legendary grandfather when he steps into the ri

NNico Ali Walsh, the 22-year-old grandson of Muhammad Ali, hopes that he will do better than to his legendary grandfather when he steps into the ring on Saturday at Pechanga Arena San Diego.

Muhammad Ali fight in the same building, falling to Ken Norton in a split decision in March 1973. Ali Walsh, a 5-0 (4 KO) middleweight, will fight Reyes Sanchez (7-2, 3 KO) in a rematchfrom their December 2021 fight that Ali Walsh overcame by majority decision

be a special function of four rounds, on a card headlined by Mexican Emanuel “Vaquero” Navarrete (35-1, 29 KOs) defending his WBO featherweight belt against countryman Eduardo “El Gemelo” Bez (21-2, 7 KOs). Navarrete won the title against Ruben Villa in 2020 and successfully defended it twice last year: against Christopher Diaz in April and Joet Gonzalez in October, the latter fighting in the same San Diego ring he will fight on Saturday.

Q: Just like Madison Square Garden in December, here we are again, how special is it for you to embark on this professional boxing journey and have the opportunity to fight in buildings where your grandfather was so successful?

“You know, it’s funny because I feel like you are choosing buildings in which my grandfather lost: He lost to Joe Frazier at MSG, he lost to Ken Norton here in the arena I’m fighting in, so…”

Q: I didn’t mean to mention that, I thought it would be about the building, but go ahead…

“No, it’s fine. The building is beautiful, everything from the chandeliers to the building is amazing, but honestly, I feel like I’m breaking a curse. Ken Norton broke my grandfather’s jaw. I’m fighting the guy who gave me my toughest fight again, so overall I think it’s a great opportunity.”

Tags: boxing, Boxing - USA Latino
Boxing: Pacquiao promises to recover the money looted by the Marcos if he is president
He has it defined: the money that could tempt Floyd Mayweather to return to boxing
Boxing: Montgomery scores first career decision win over Jumakhonov
BOXING 4253

Loading...
Newer Post
Can you buy a real Formula 1? Price, value and how to have one of the most desired cars
Older Post
Falcons measure strength with NBA Academy Latin America