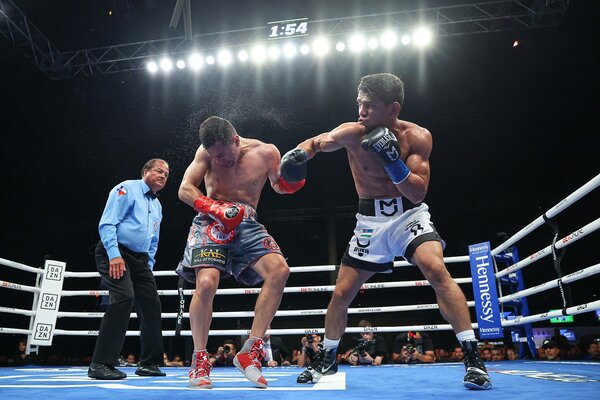 Dario Perez@ringsider2020 In an evening held in San Antonio and promoted by Matchroom Boxing, the IBF and WBA super banta

In an evening held in San Antonio and promoted by Matchroom Boxing, the IBF and WBA super bantamweight world champion Murodjon Akhmadaliev (11-0, 8 KO) prevailed with authority over the American challenger Ronny Rios (33-4, 16 KOs). The Uzbek showed, once again, his class, dominating Ríos with his exquisite technique from the first ring of the bell and intensifying his actions in the fourth round, where the challenger had serious trouble before Akhmadaliev’s attack. .

Few novelties offered the contest as the rounds passed, accumulating punishment on Ríos by an exalted champion who remained calm as the hostilities passed. The American endured, however, each set with tenacity and good fit, having some moments of good aggressive boxing as in the tenth round, but without ever putting Akhmadaliev in serious trouble. In the twelfth, Ríos knelt on the ground after receiving hard blows and the referee stopped, perhaps hastily, the fight one minute from the end, assuming the inferiority of the American.

In addition, the unified world championship (IBF, WBA, WBC and WBO) for women’s welterweight between the champion Jessica McCaskill (12-2, 5 KO), who retained her crowns, and the Mexican Alma Ibarra (10-2, 5 KOs). The tone of the fight was that of spectacular exchanges continuously, showing a constant feeling that anyone could end the fight at any given time. However, Ibarra’s corner decided (after the boxer entered in a panic attack and told them that she “wanted to come home alive”) not to come out in the fourth round, and the spectators were left wanting more action.