“My departure from PSG? I wanted to show myself to the world and enjoy football” 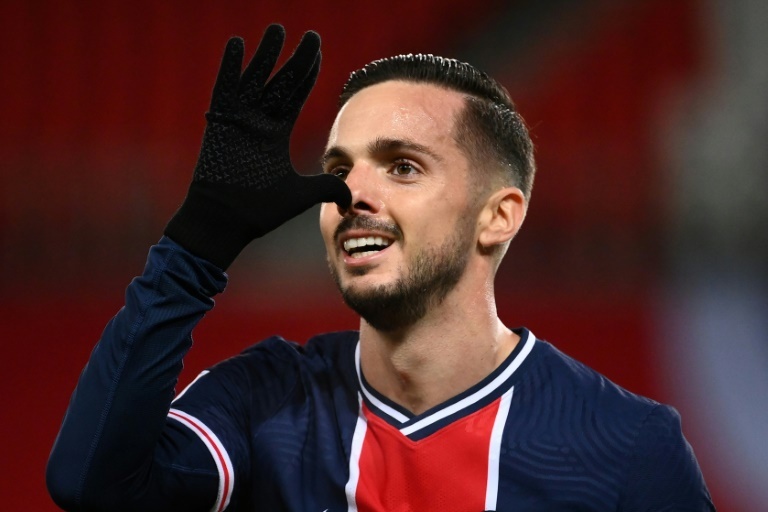 The last summer, paul sarabia was forced to leave the PSG. The Spanish attacker went to the Sporting of Portugal, a team that h

The last summer, paul sarabia was forced to leave the PSG. The Spanish attacker went to the Sporting of Portugal, a team that has helped him adapt at all times.

The player spoke about this and other issues in a wide-ranging interview with ‘Marca’. Regarding how was your exit managed, this is what the footballer said.

“After passing the COVID-19 it was hard for me to get into a rhythm: I was getting tired. I had a bit of a rough time for 5-6 months. I suffered several injuries and started playing less in Paris. I wanted to find a solution because I think I am in a very good moment, perhaps the best of my career, and I wanted to show myself to the world and enjoy football,” he said.

“In the end, with the crisis caused by COVID-19, it is not easy. When the opportunity arose to come here, my environment and I decided that it was the best for me as a footballer and as a person,” he added.

And Sporting de Portugal received him with open arms: “I came here with great enthusiasm. I had the opportunity to feel good again playing football. Sporting put a lot of trust in me and I’m very happy. every time i’m more suited to the team and to the city. I feel very loved and that is one of the most beautiful things in football.”

In relation to the championship, which right now has Porto as the leader, this is what the attacker said. “Our mentality is to go game by gameRight now we don’t think about it. That philosophy, that of Sporting CP, is the same that I have always had. If you look too much into the future, there are always unforeseen events,” he said.

On the other hand, the man from Madrid spoke of the Champions League round of 16 match against City. “He is a very, very strong opponent. in my opinion. He was the strongest rival that could touch us with Bayern, they have great players and we already know their coach. Guardiola values ​​the ball out and positional football a lot,” he snapped.

Sarabia also spoke about her role in the Spanish selection and Luis Enrique’s hand. “He is a very important person. Gave me the opportunity to go to the euro and he knew how to convey to me what he wanted from me. From the first moment we had a very good communication. For me, tactically, it’s one of the best I’ve had because of the way I get the ball out, how the team organizes it…”, he stated.

And facing Qatar, the player is clear: “we have a good team, as we already demonstrated in the Euro. In a World Cup there are many factors: you depend on physical condition, injuries… I think we have a great unit. We are a solid team, with clear ideas and that can lead us to have a good World Cup. The first objective will be to win the first game because, if not, we are going to get confused. I am very excited and many expectations placed on the World Cup“.

Lastly, the man from Madrid, who assured that Messi will demonstrate “the great player he is“at PSG, he said he doesn’t know how the matter will end Mbappe. “we always joked with him about Madrid, but from there to there being something else… He has never said it. He will do what he considers best for his future.”

Loading...
Newer Post
MotoGP 2021: Rossi: “Lorenzo? It was difficult not to fight”
Older Post
“I am old for MotoGP; I had never dreamed of the category” – Toprak Razgatlioglu