“My dream is to play for Madrid, it is the top of the world” 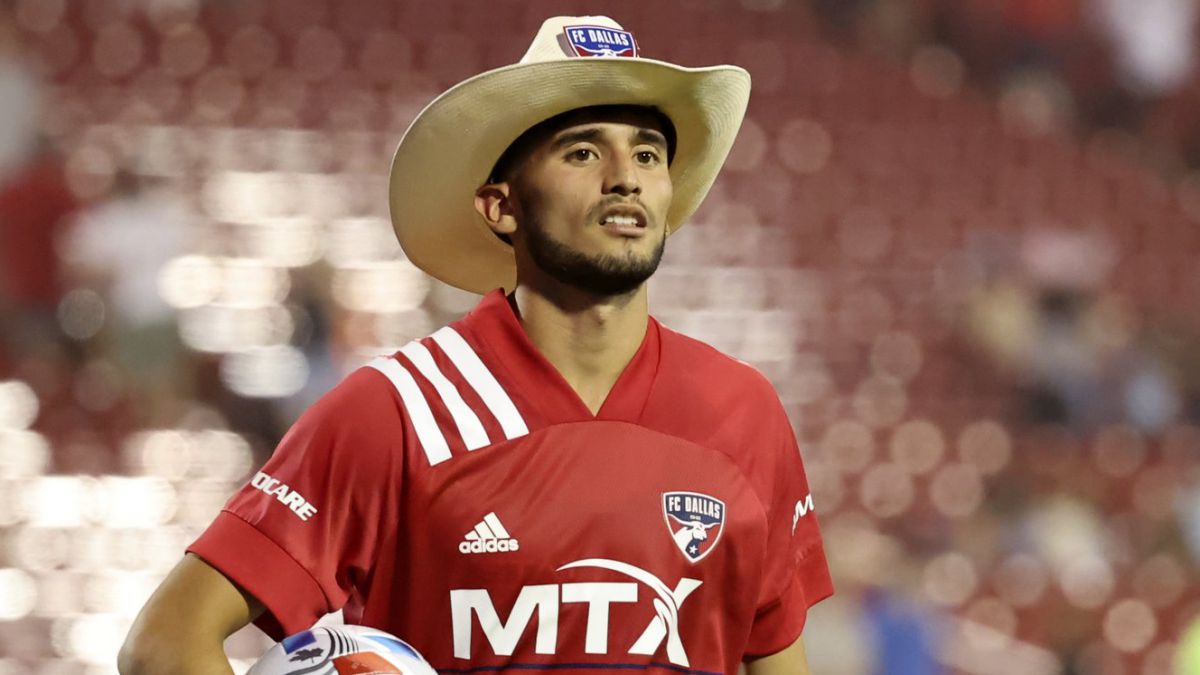 Ricardo Pepi has declared himself to Real Madrid in an interview at 90min. The American footballer has been very clear about his bond with the clu

Ricardo Pepi has declared himself to Real Madrid in an interview at 90min. The American footballer has been very clear about his bond with the club and his intention for the future: “I always tell my parents and my agent that my dream has always been to play for Real Madrid. Before I retire I want to play there for a few years. I want to play at least three, four for Real Madrid. It’s the top of the world“A clear and resounding message, a declaration of love that could be an important step for whites to sign one of the most promising players in the world of football.

Who is Ricardo Pepi? Born in 2003, he is an 18-year-old forward who already rubs shoulders with the best in MLS. He currently plays for FC Dallas, but it is an open secret that this will be his last season in the United States. CBS Sports revealed a few days ago that the player has asked the franchise for his transfer for this summer.

A few days before, An alleged agreement between Pepi and Wolfsburg to play in the Bundesliga next season came to light. The German club would need to reach an agreement with the MLS team, which intends to take advantage of one of the biggest pearls out of the championship in recent years.

– Bonus track: decisive goal in the MLS All Star Game.

That is, 17 points + 5 assists at 18 years old. It will not take long for him to go to Europe. pic.twitter.com/AiMtTy8IDZ

Wolfsburg is not the only one interested. He has also been linked to Bayern Munich, Manchester United, Liverpool, Inter, Dortmund or Ajax. At the moment, everything indicates that Pepi prefers not to join a big one, but rather a club with a lower profile to grow as a footballer and not have excessive competition in the position.

However, Ricardo Pepi is ahead of his age. He is already a starter with the United States team, with whom he scored a double this month, along with Serginho Dest or Musah. Of course, he was named the best player under 22 in MLS.. An award that once won a certain Alphonso Davies. The numbers support him: He was awarded it for his 13 goals and three assists.

A true diamond that, despite all the offers that he will have throughout his career, has openly declared his love for Real Madrid. Only time will tell if this young forward is ready to make the leap to such a club.. At the moment, he is growing up in his native country and is already looking to Europe in a matter of months. From the Bernabéu, just in case, they will take a look at his brilliant resume.

How does Ricardo Pepi play?

Corpulent and 1.85 tall, Ricardo Pepi could be pigeonholed into the cliché of tank striker. The truth is that it also has a great associative capacity, although its strength is the auction. He is a born scorer, who has a good head and works in the area at the first touch. He also stands out in his work and pressure in the opponent’s ball exit. The shot from outside weighs on him and, for now, he is not particularly skilled at dribbling either. His strength makes him win disputed ballsAlthough, for the moment, he does not know how to use his body to take fouls against the rival defender. A lot of room for improvement, but he already has that innate gift in front of goal. That is Ricardo Pepi, a predator.