“My goal is to give everything” 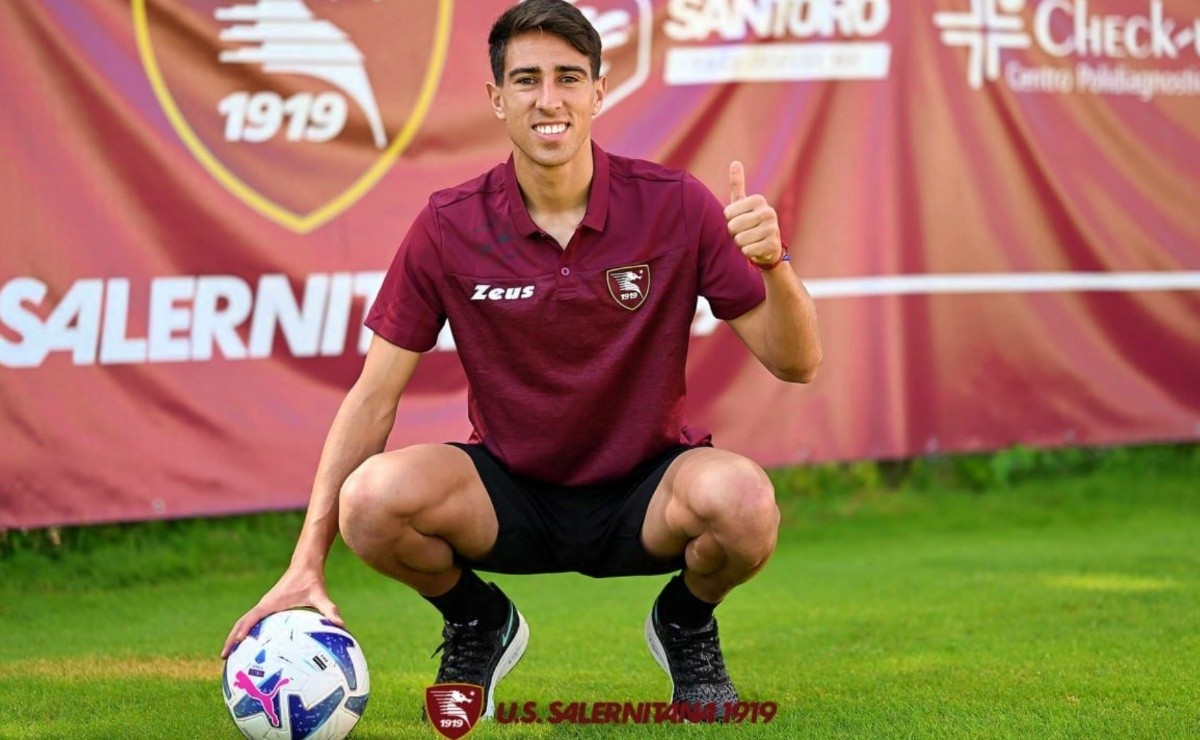 Former Catholic University striker Diego Valencia became the newest addition to Salernitana, recently promoted to the first division of Italian football. In his official presentation, the Chilean scorer was ambitious. “It’s a great joy, a dream I always had when I was very little, to reach a very competitive league like Serie A here in Europe,” he says.

© SalernitanaDiego Valencia is the newest Chilean incorporation in European football

A small video quiz has been Diego Valencia’s gateway to Italian football. The former Universidad Católica striker was officially presented as a reinforcement for the Salernitana, recently promoted to Serie A, and will be part of the Chilean army along with Alexis Sánchez (Inter), Gary Medel (Bologna) and Erick Pulgar (Fiorentina).

“It’s a great joy, a dream that I always had when I was very little, to reach a very competitive league like Serie A here in Europe. I’m very excited and looking forward to the future. It’s going to be a very nice experience, I’m going to give my all to be able to compete and help the team”, expressed the 22-year-old attacker in his first words.

The striker will join directly to the preseason in Austria, which takes place two weeks ago. “I really want to be able to start training with the team and meet my teammates and the staff, the stadium, the fans, and be able to give everything of myself to help the team and achieve all the goals,” he said.

El Pollo expressed his high expectations. “My goals are to give everything, give my best to help the team and feel comfortable in it, I’m going to train to the fullest and I’ll leave everything for these colors and this shirt,” said the striker born in Viña del Mar and who adds four games for the Chilean team.

“I got messages from people at UC and Salernitana”

The arrival of Diego Valencia to Italian football comes at a key moment for the player, who has made his way as a winger on both wings, despite the fact that his original position is center forward. However, he was unable to move Fernando Zampedri, UC’s top scorer, from the point of attack.

“When my transfer was made official, I received many messages, both from the fans of Chile, from the Catholic University, as well as from the people of Salernitana. I am very grateful for their love and yes, I have seen videos, of the fans, of the team , of the stadium, of the parties, of everything”, recognized the attacker.

Finally, Valencia thanked “all the love I’ve received these days” from the fans and promised “to give everything for this shirt. I’m going to do my best to meet our goals, and I’m going to give my best.” of me”, sentenced the national striker.

El Pollo will have intense work to get ready for the official challenges of the Granata cast, which begin on August 7 as host of Parma for the Italian Cup and the debut in Serie A a week later, against Roma in Arechi’s field.

Tags: Diego Valencia, Italian soccer, Chileans around the world
Cristiano Ronaldo sets a date for his retirement from football
The figures of the stars of soccer and reggaeton: who earns more? | WORLD
The Red Star, much more than football
FOOTBALL 3177